The Icon “Aaron the High Priest”

The Icon “Aaron the High Priest”

The icon was painted in the mid-50’s of the 18th century by the unknown master. The image was made in the lower part of the solid canvas, with which the reverse part of the iconostasis of St. Andrew’s Church was sewn up.

Aaron is the first Old Testament high priest. He was 3 years older than his brother Moses. Aaron’s sphere of action was linked to Moses’ mission as his helper and companion in the deliverance of the Jews from Egyptian captivity. As high priest, Aaron was called to serve by the Lord and ordained by the prophet Moses, who clothed him and anointed him with holy oil before entering the tabernacle, thus establishing the right of Old Testament priests to perform liturgical acts.

The state of preservation of the frescoes on the reverse side of the iconostasis of St. Andrew’s Church in the pre-museum period of its history (until 1968) was unsatisfactory. 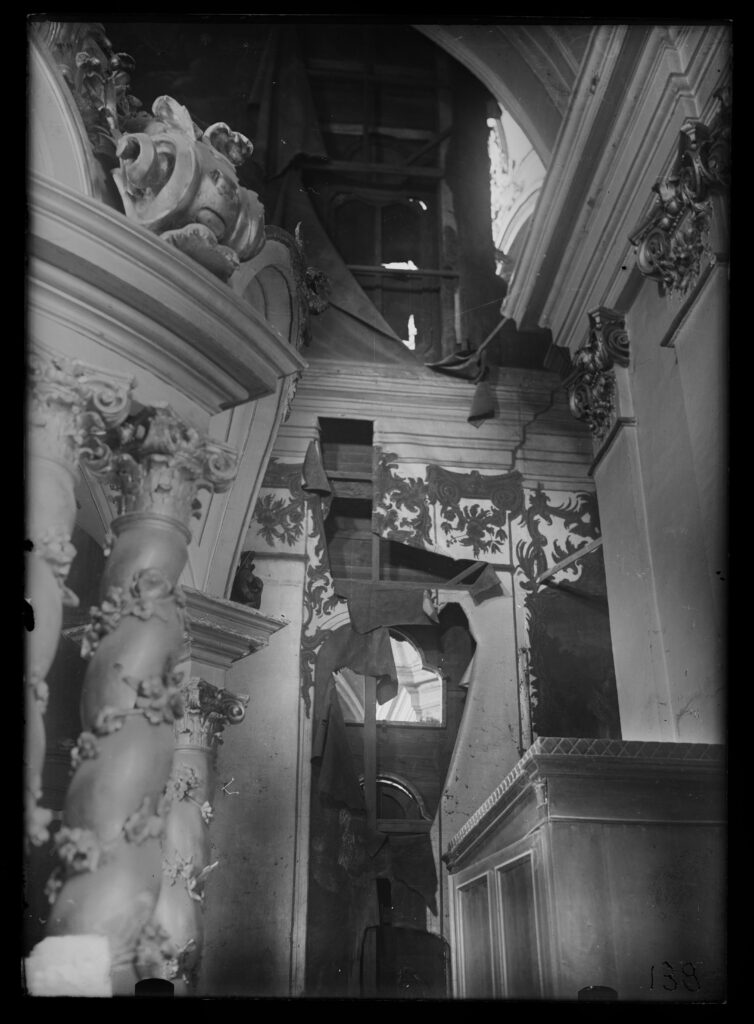 The state of preservation of the canvas with the images with which the iconostasis of St. Andrew’s Church was sewn up. Photo of the 30s of the 20th c. (the collection of the National Conservation Area “St. Sophia of Kyiv”)