Exhibition dedicated to the 275th anniversary of the monument

In the history of architecture, it rarely happened that a secondary / auxiliary building became a personification of a certain style. Such a building for Ukrainian Baroque architecture is the Zaborovskyi Gate, built in 1746 by order of Metropolitan Rafail Zaborovskyi, designed by German Johann Gottfried Schädel. For more than half a century, the Gate has served as the main entrance to the Sophia residence of the Kyiv metropolitans.

At the beginning of the 19th century Kyiv actively developed. After the redevelopment of districts, arrangement of new streets in this area, the soil level near the Gate increased by about 100 cm.

In 1822-1823 the passage through the Gate was walled up; apparently, the corps of guards were dismantled at the same time. The Gate has been forgotten for almost a century.

Concernment in the monument was revived in the 1910s, when interest in Baroque art emerged in Ukraine, and its scientific study began. Zaborovskyi Gate is one of the canonical objects of Ukrainian architecture of the late 17th – the first half of the 18th century, its images are reproduced in professional and popular publications. At the same time, architectural historians draw public attention to the need for restoration and further preservation of the Gate.

However, the first real steps towards the restoration of the building began only after the end of World War II. In 1946, the architect Jacob Steinberg conducted detailed architectural and archaeological research, made dimensional drawings of the western facade of the Gate. Repair and restoration measures in 1950 included cleaning from dirt and restoring its stucco, removing the soil to its original level, opening the paved driveway and installing gates. Only two items of the plan had been done: the cleaning of the stucco from dirt and the addition of losses. In 1952, the architect Mykola Kresalnyi, then director of the Sophia Reserve, found in the St. Petersburg archives dimensional drawings of the Gate, made by A. Melenskyi in 1819. In 1957, archeological excavations revealed the foundations of the outer and inner walls of the eastern part of the Gate (at a depth of 130 cm) and an extension made a little later, on the north side.

In 1982-84, specialists from the “Ukrproektrestavratsiia” Institute, based on Melensky’s measurements and field research, developed a project to restore the lost parts of the Zaborovskyi Gate – cordeguards, vaulted ceilings, eastern facade and extension on its northern side (the authors of the project are T. Shameka, V. Miroshnychenko and others). This project, adapted by architect V. Beziakin, was implemented only in 2006–2010 under the leadership of the current Director General of the Conservation Area Nelia Kukovalska.

The exhibition at the Zaboroskyi Gate, presents materials that tell about the restoration of the building and its reception by artists, poets and architectural historians. 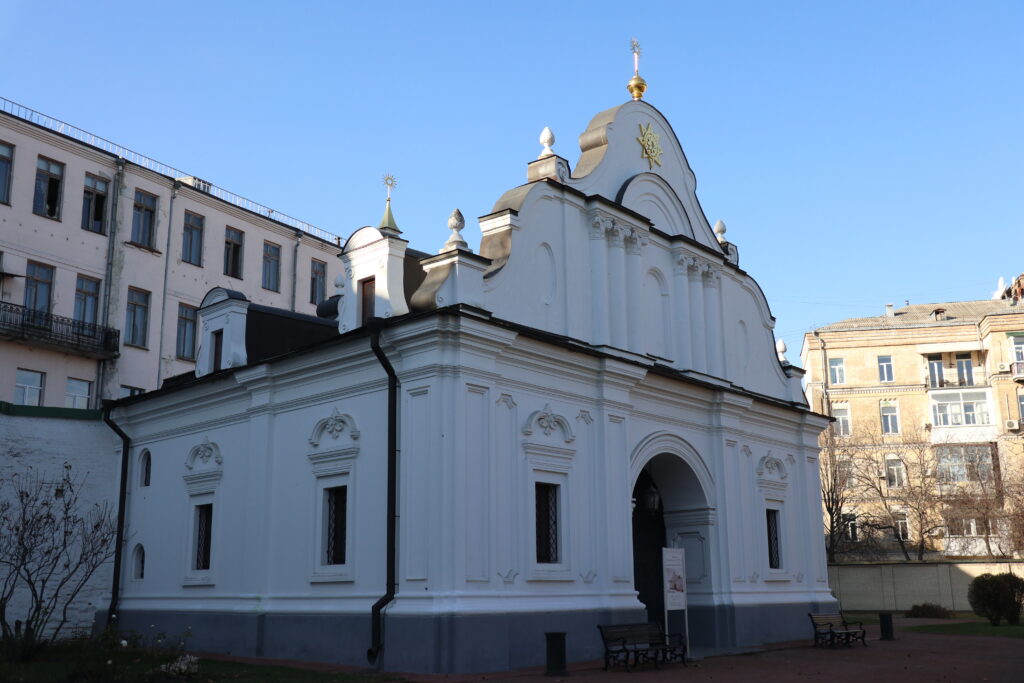