Workers of the Sophia Metropolitans’ Residence. Names from nonbeing

Workers of the Sophia Metropolitans’ Residence. Names from nonbeing

In order to maintain the proper status of the Metropolitan Chambers, in the 18th and 19th centuries. more than a dozen employees were hired. Their names, sometimes, are forever forgotten, but some can be found in archival documents and find out certain details of their biography.

Danylo Rogovenko (Rogovy) lived in Kudryavsky settlement. From the information, dated December 2, 1786, about the number of children older than 15 years in the ministers of the Sophia Metropolitan House, we learn that Danylo has two sons: Philip, 1769, and Gregory, 1771.

It is not specified in the document what kind of work Danylo did, but what such employees had in return – it is known from the certificate of full-time and freelance employees, choirmen and monks of the bishops’ house. According to the rules adopted at that time, metropolitan workers were paid for their work in accordance with the staffing amounts recorded in the imperial decree. Most salaries ranged from 6.15 rubles to 9.20 rubles per year, which was not too large, so the Metropolitan exercised his right to pay extra money. There was also a compulsory in-kind reward in the form of clothing and supplies, which were given out from the cellars of the Metropolitan Chambers. Nowadays, the interiors of these cellars are partially restored in the 18th century basements of Metropolitan’s Residence Museum. Soon you will be able to visit them and enjoy an interesting excursion.

Over time, the younger Grigori Rogovenko is admitted to the state of the Sophia Hierarchical House. On March 26, 1791, he was released for an illness that made him unable to work. The elder brother Philip is taken at his place. However, he was not the best worker. On November 25, 1792, by resolution of the Kyiv Metropolitan Samuil (Myslavsky), he was released because he was always disobedient when performing his work. The dismissal from the state of the bishop’s house at the end of the 18th century for disobedience was a common cause.

From the example of this family, we see that: first, serving in the Metropolitan chambers was often family character; second, workers were recruited from the surrounding settlements. The latter was stipulated by the imperial decree of April 10, 1786, according to which the workers were recruited to the Bishop’s House from the territory of the province where the house was located. 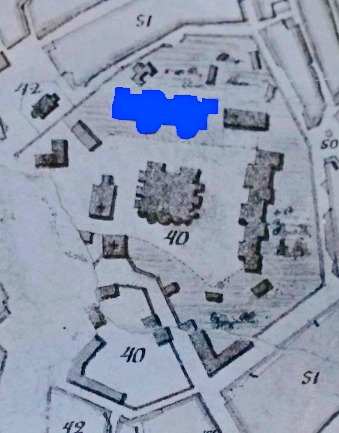 Photo of the exposition in the basements of the Metropolitans’ Residence Museum.

The author is Denis Borysov