The leaders of the two countries got acquainted with the unique monuments on the territory of the Conservation Area, the history of the church, inspected the mosaics and frescoes that decorate its interior, made an entry in the book of honorary guests. 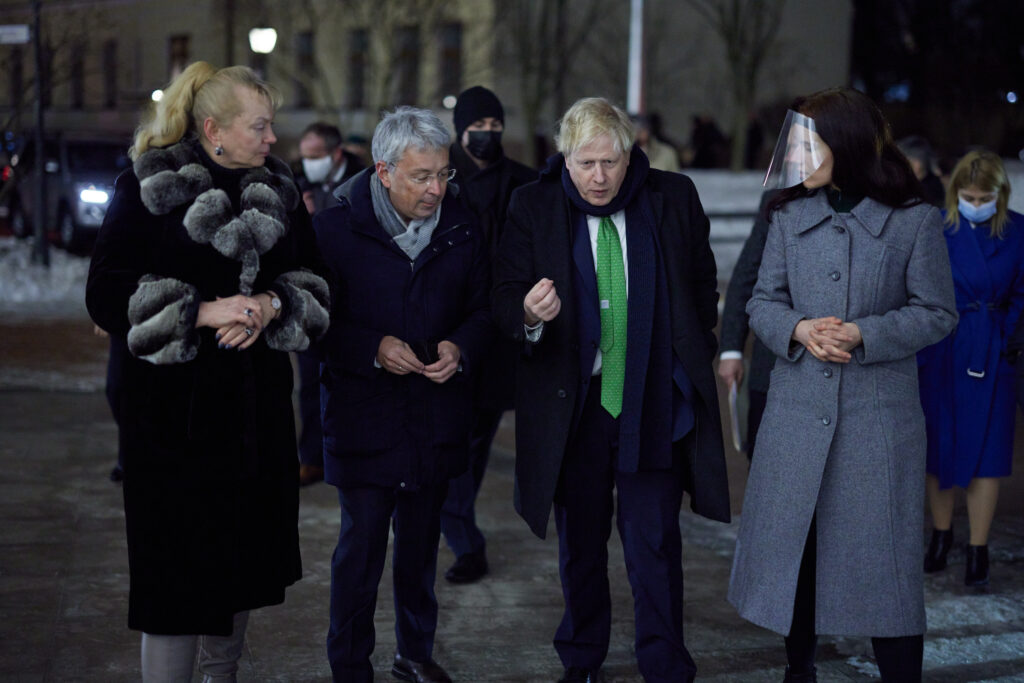 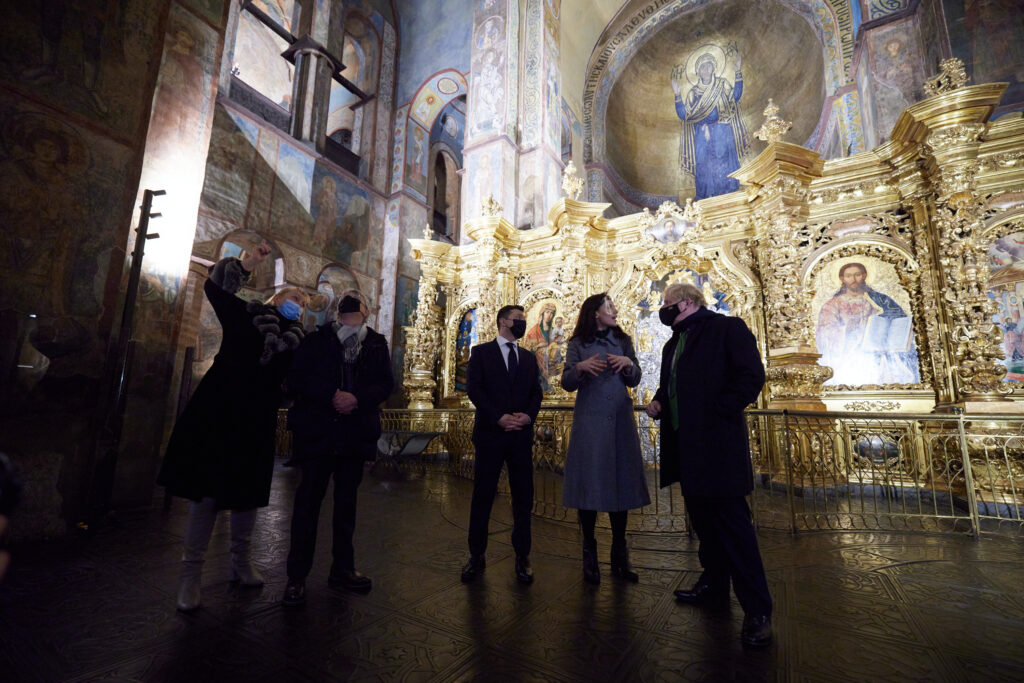 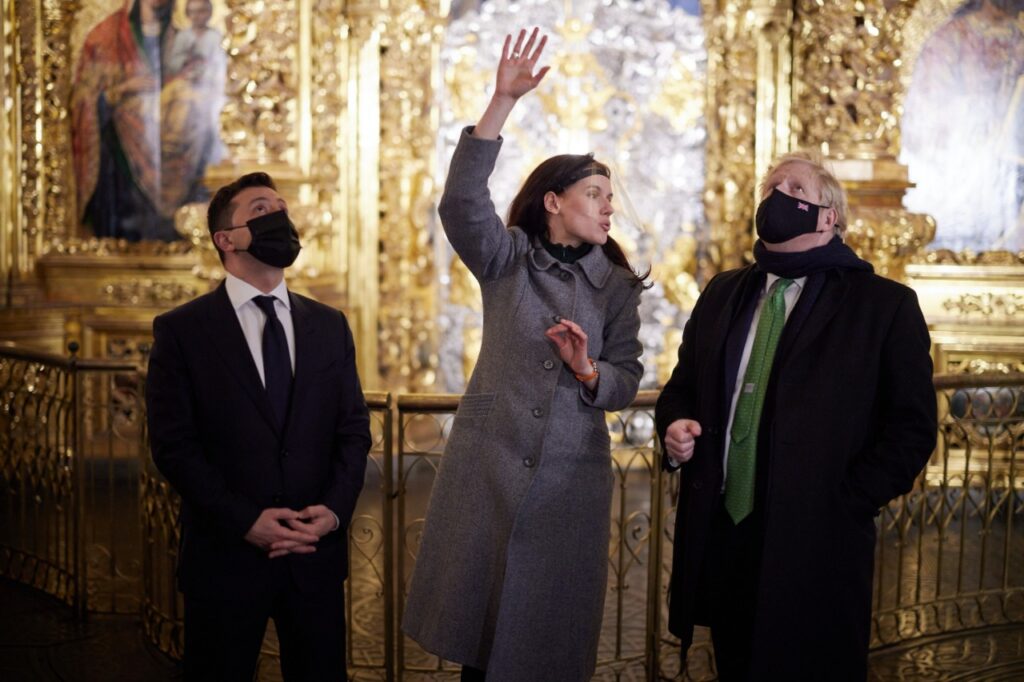 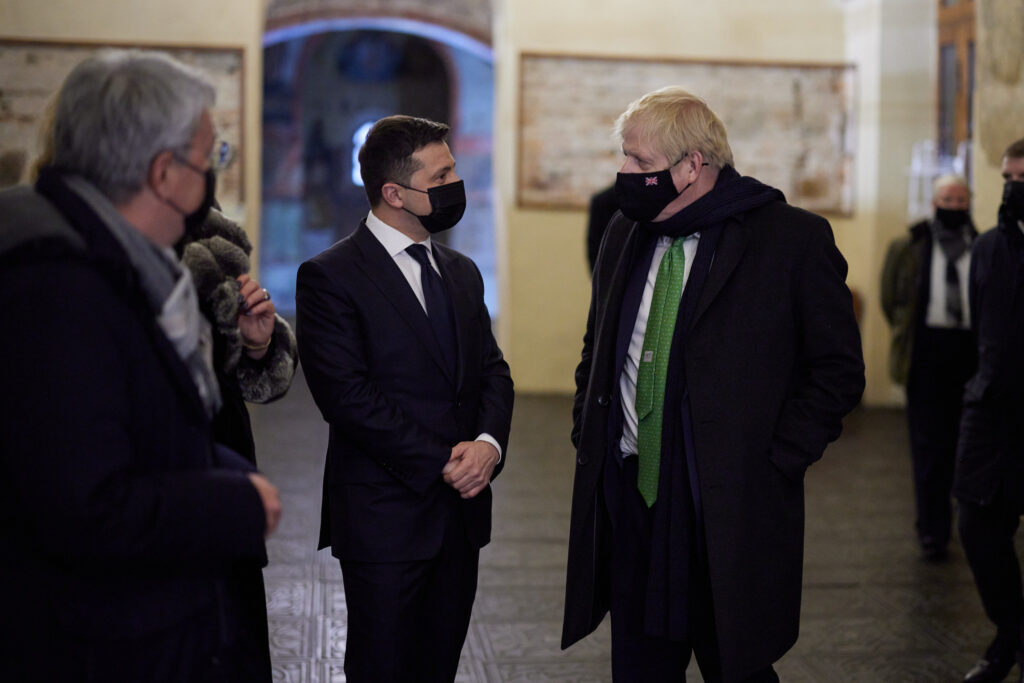 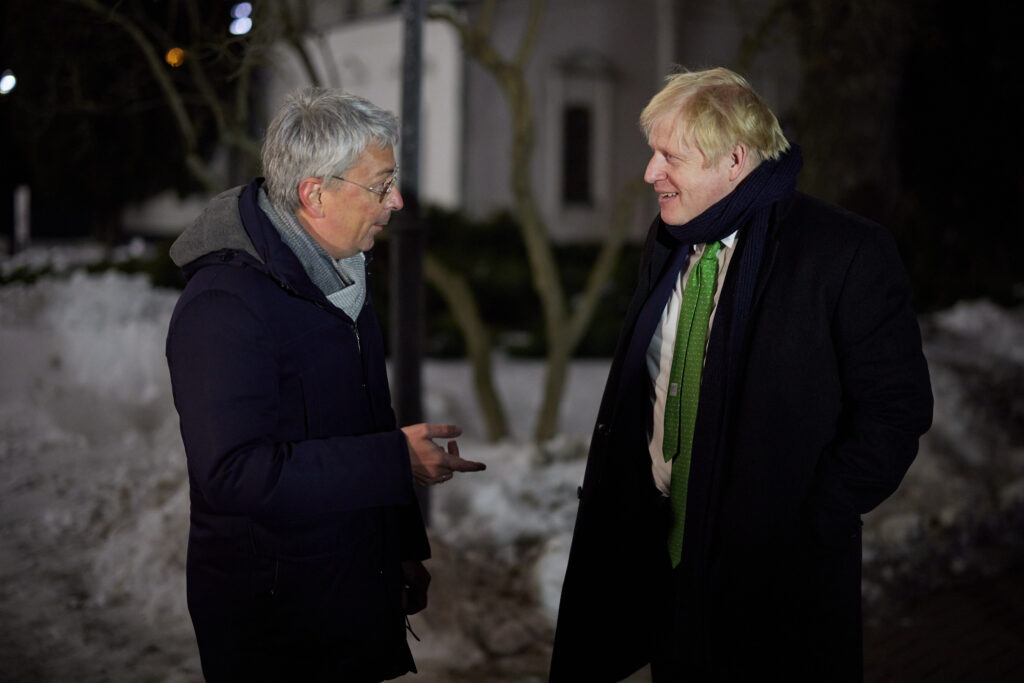 The high level of development of Ukraine and its international prestige during the Middle Ages was evidenced by numerous dynastic marriages of representatives of the Kyiv princely dynasty with the rulers of the most influential European dynasties, Polish, Czech, Hungarian, German, French. Such dynastic alliances closely intertwined European states with family circles, the organic component of which was the powerful Rus-Ukraine. He was related to the descendants of Prince Volodymyr the Great of Kyiv and the ruling house of medieval England. Around 1028, the Grand Prince of Kyiv, Yaroslav the Wise, sheltered in Kyiv two minor sons of King Edmund Ironside, who were fleeing after the Danish conquest of England. For a long time, the princes lived and were brought up in Kyiv. One of them, the heir to the English throne Edward, known in history as “Edward the Exile”, around 1040 married Princess Agatha of Kyiv (Agafia), granddaughter of Prince Volodymyr the Great. Edward later returned to England with his family to put on the crown, but died a few days later under unknown circumstances. The son of Edward and Agatha, the young Edgar Etheling, the last representative of the Wessex dynasty, was proclaimed King of England, but was not crowned and recognized. Edward and Agatha’s daughter, Margaret, became Queen of Scotland. Due to her numerous Christian virtues and benevolence, she was eventually recognized as a saint and is now considered the heavenly patron saint of this state.

Another granddaughter of Volodymyr the Great, Anna in 1051 became the wife of King Henry I of France. Henry and Anna’s eldest son, Philip, became king in 1060 and was head of state for 48 years before his death in 1108. His direct descendants ruled France for many centuries, until the French Revolution.

Descendants of Hugo, the youngest son of Anna and Henry, became rulers of Scotland and England. The family tree of close and distant descendants of Anna Yaroslavna of Kyiv was closely intertwined with other royal dynastic families, reaching its branches to modern European dynasties. Thanks to modern scientific research, scientists of the National Conservation Area “St. Sophia of Kyiv” (Ph.D. Olena Yasynetska) have established a continuous dynastic connection through Queen Anna with Her Royal Majesty Elizabeth II.

We would like to introduce you one of the branches of the family tree of Her Royal Majesty Elizabeth II, where you can see the dynastic connection between our countries in historical perspective. 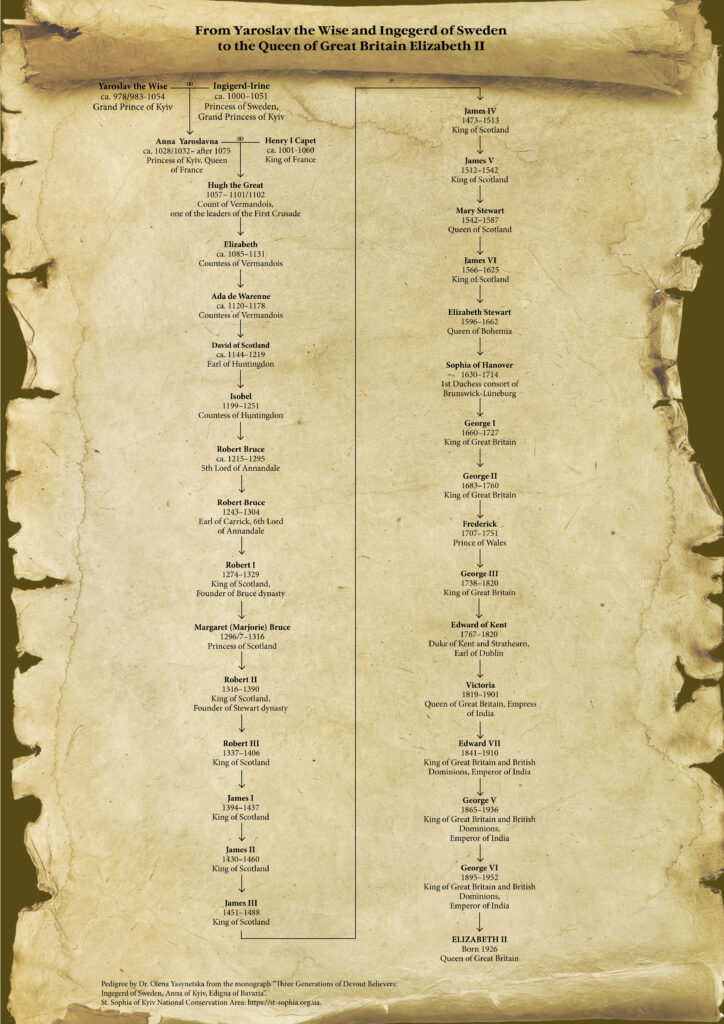 Pictured below is a page from the monograph “Three Generations of Devote Believers: Ingegerd of Sweden, Anna of Kyiv, Edigna of Bavaria”