In times of war, St. Andrew’s Church in Kyiv, Ukraine courageously hosted a ceremony to celebrate its European Heritage Award / Europa Nostra Award 2022 in the category Conservation and Adaptive Reuse on 12 December. It was a moving ceremony in a cold church, but with a warm atmosphere. The cultural heritage and diplomatic community of Kyiv gathered to congratulate the restorers who won the prestigious award for their long-lasting project and to unveil the bronze awards in the façade of St. Andrew’s Church. Kateryna Chuyeva, Deputy Minister of Culture and Information Policy of Ukraine, and Natalia Moussienko, Council Member of Europa Nostra, addressed the audience. 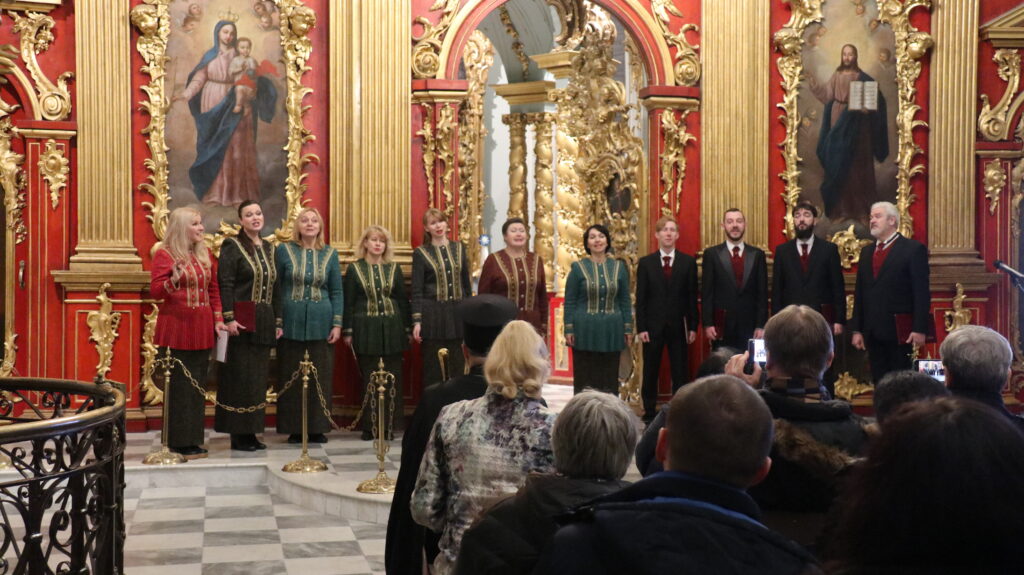 Kateryna Chuyeva, Deputy Minister of Culture and Information Policy of Ukraine, highlighted the importance of the Award granted to a remarkable project from Ukraine, especially in the hard times of war.

Nelia Kukovalska, Director General of the National Conservation Area “St. Sophia of Kyiv”, of which St. Andrew’s Church is a part of, spoke about a long path to the award. 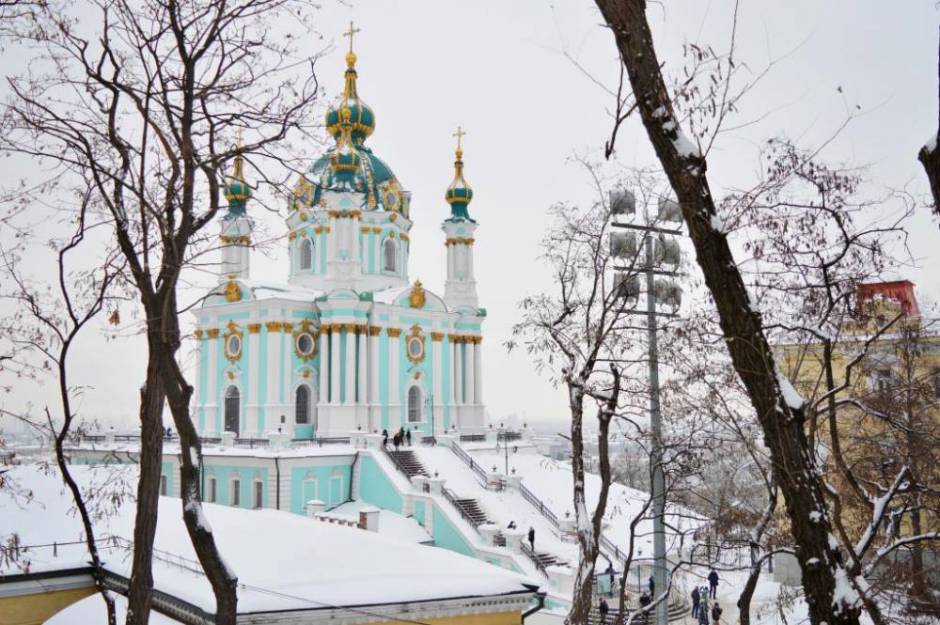 Located on Starokyivska Hill in the historic centre of Kyiv, St. Andrew’s Church was designed in the second half of the 18th century by the architect F.B. Rastrelli and constructed by leading European and local craftsmen. Built as a palace church for Kyiv’s residence of the Romanovs, it is an unsurpassed example of an Orthodox church interior in the Baroque style. After its thorough restoration by the state organisation the National Conservation Area ‘St. Sophia of Kyiv’, St. Andrew’s Church now functions as a museum and hosts church services, scientific and educational events and chamber music concerts. The project, which was based on the results of ten years of scientific and technical monitoring undertaken by the National Conservation Area together with the leading research institutes of Ukraine, was entirely funded by the Ministry of Culture and Information Policy of Ukraine. 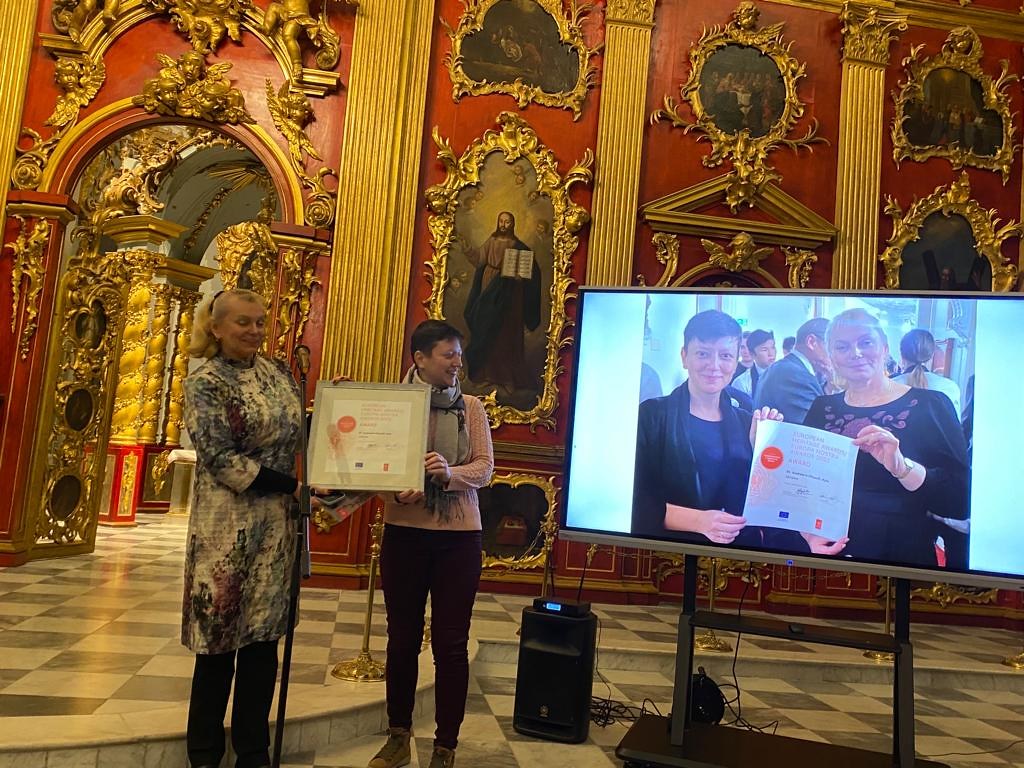 Natalia Moussienko, Europa Nostra Council Member, presented the results of the Heritage Solidarity Fellowship for Ukraine launched by Europa Nostra and its partners to help the defenders of the cultural heritage in Ukraine. To date, 106 Ukrainian people have received financial support (€500 per person) thanks to this initiative. The second phase of the crowdfunding campaign to support the defenders of Ukraine’s endangered heritage has just been launched. All donations, however big or small, are welcome and important, and can easily be made via the Europa Nostra website. 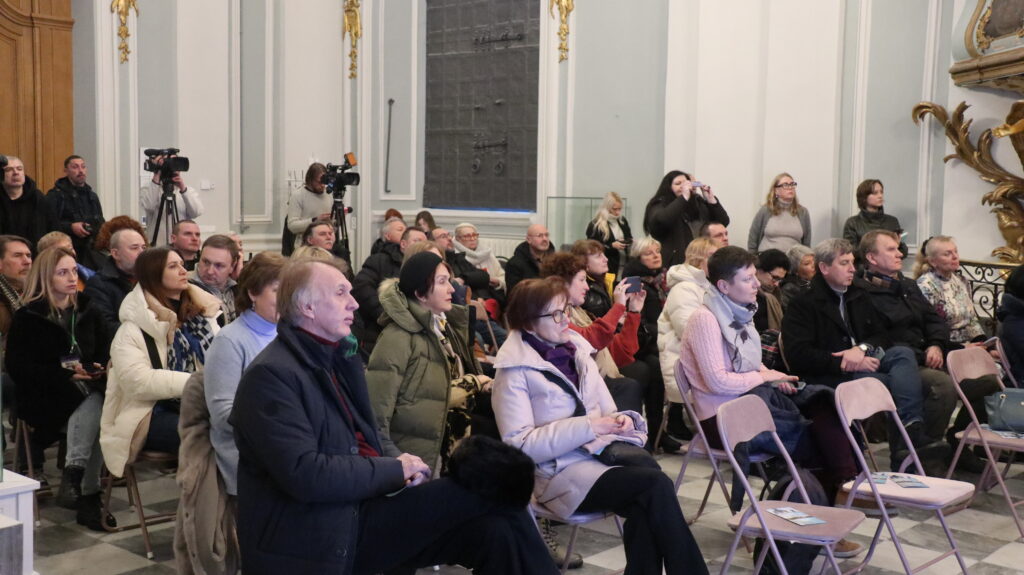 In the European baroque monument, the municipal Kyiv choir Dyvosvit performed baroque music, but ended with the world-famous Ukrainian Shchedryk / Caroll of the Bells.