These days, on the corner of Volodymyrska and Zolotovoritska, construction work began on the rearrangement of the entrance group to the premises of the coffee shop, erected during the construction of the so-called Karakis House – a building of totalitarian times. The modern owners of the coffee shop destroyed the stairs to the entrance and, in order to build a new porch, they called an excavator, the bucket of which, while removing the soil, bumped into the ancient foundations, which was noticed by the specialists of the National Conservation Area “St. Sophia of Kyiv”. Construction work was immediately stopped and archaeological research began. Well-preserved foundations were discovered, which at first seemed strange and unknown, but a review of relevant literature proved that these are the foundations of the fence of the St. Sophia Monastery of the 18th century.

In the 1830s, when the new Volodymyrska Street was planned, the southern part of walls of St. Sophia Cathedral was demolished, and in the 30s of the 20th century on the foundations of these walls, the House of Karakis was built with a cafe attached to it. So, at the moment, very strong and beautiful foundations of the former St. Sophia brick fence of the 18th century have been discovered under the stairs to this coffee shop. This did not come as a surprise to us. The walls of Sophia were carefully studied by archaeologists of the conservation area at the beginning of the 21st century. You can read about this fence in the academic yearbook “Mohylianski Chytannia 2007” [Mohyla Readings 2007]”, Kyiv (2008). 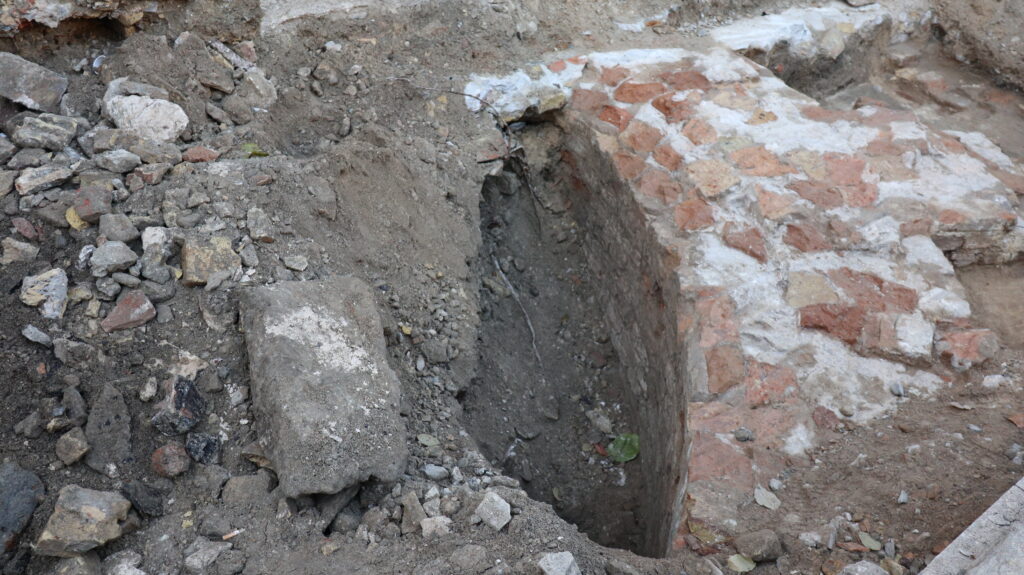 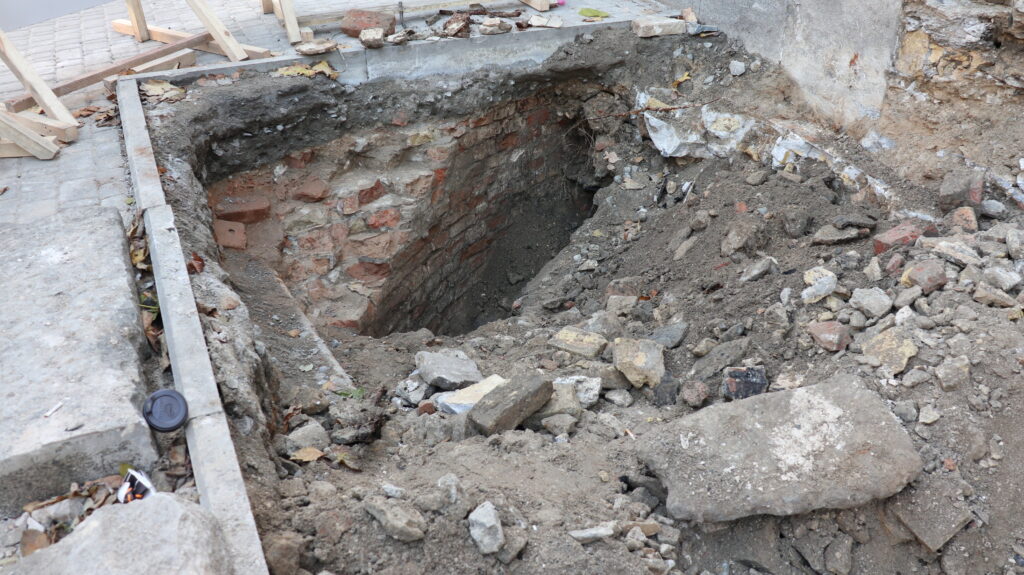 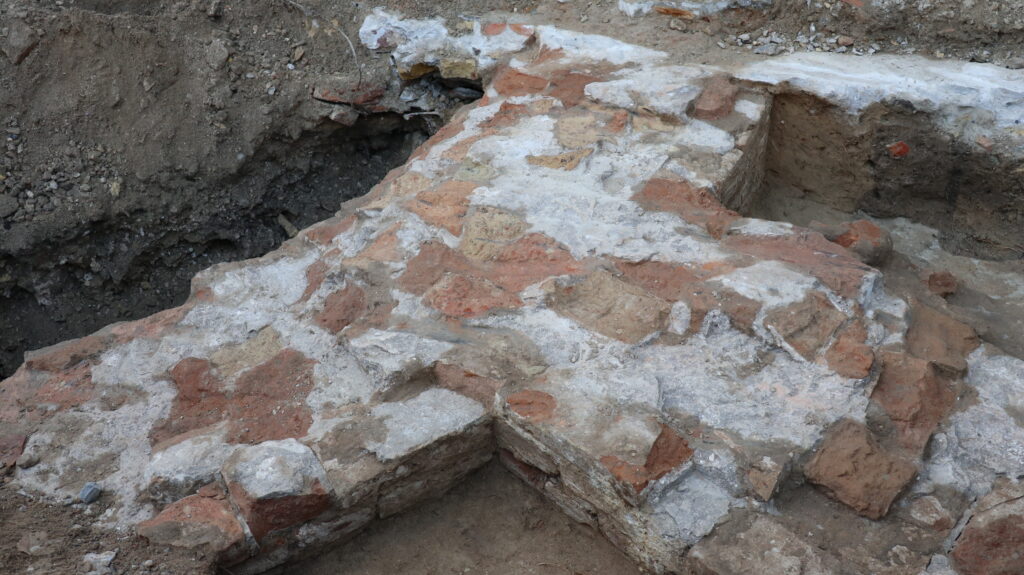