The team of “St. Sophia of Kyiv” expresses deep condolences on the death of Halyna Sevruk

Home » news » The team of “St. Sophia of Kyiv” expresses deep condolences on the death of Halyna Sevruk

The team of “St. Sophia of Kyiv” expresses deep condolences on the death of Halyna Sevruk 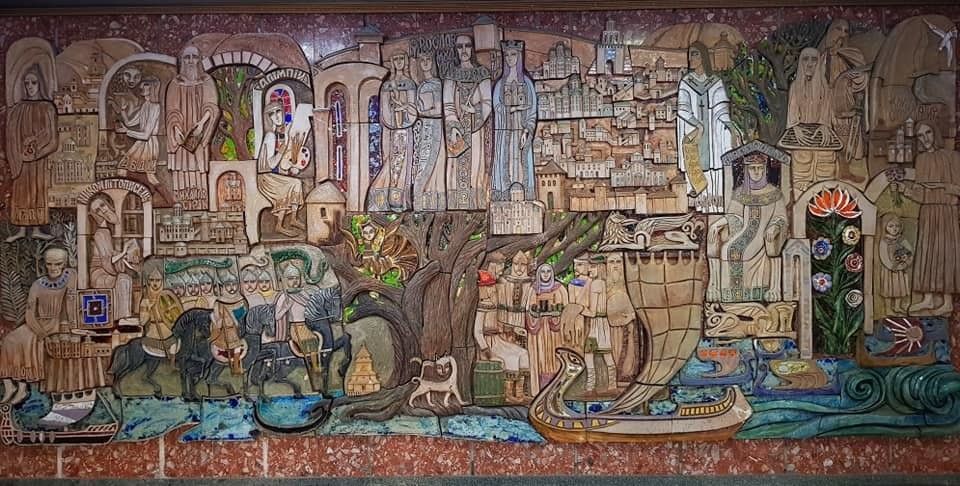 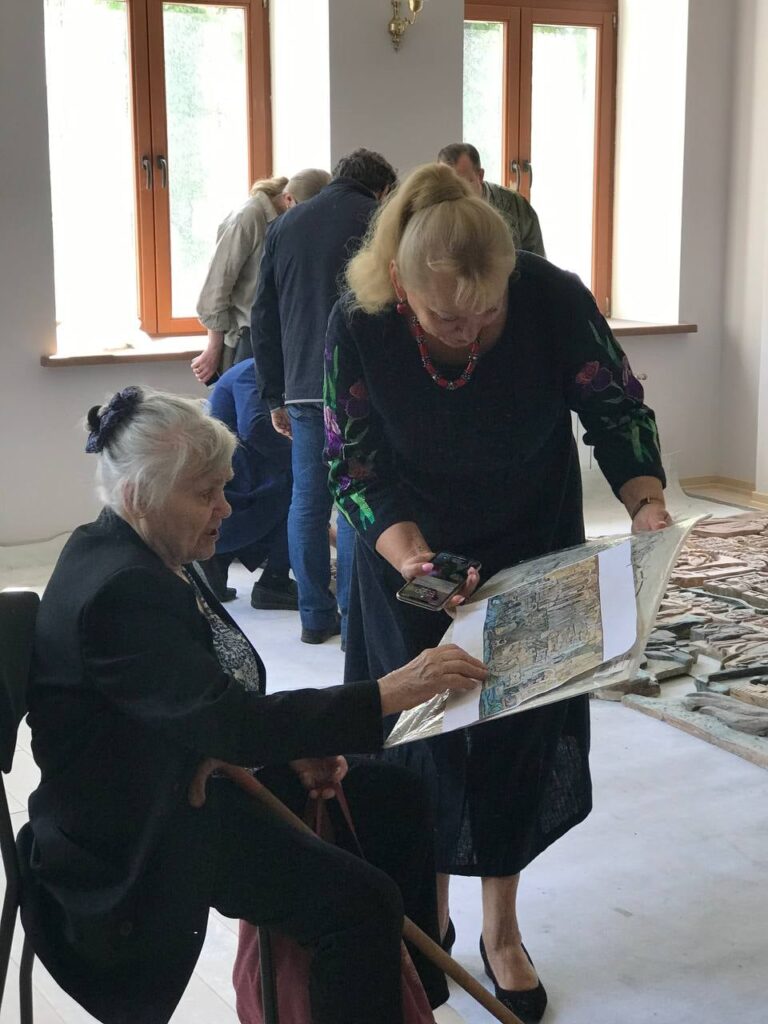 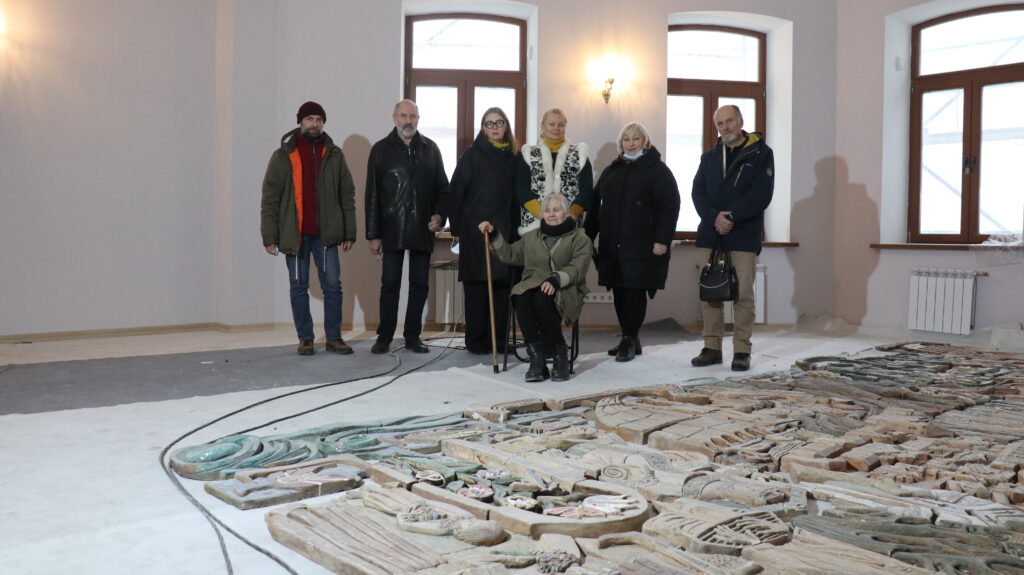 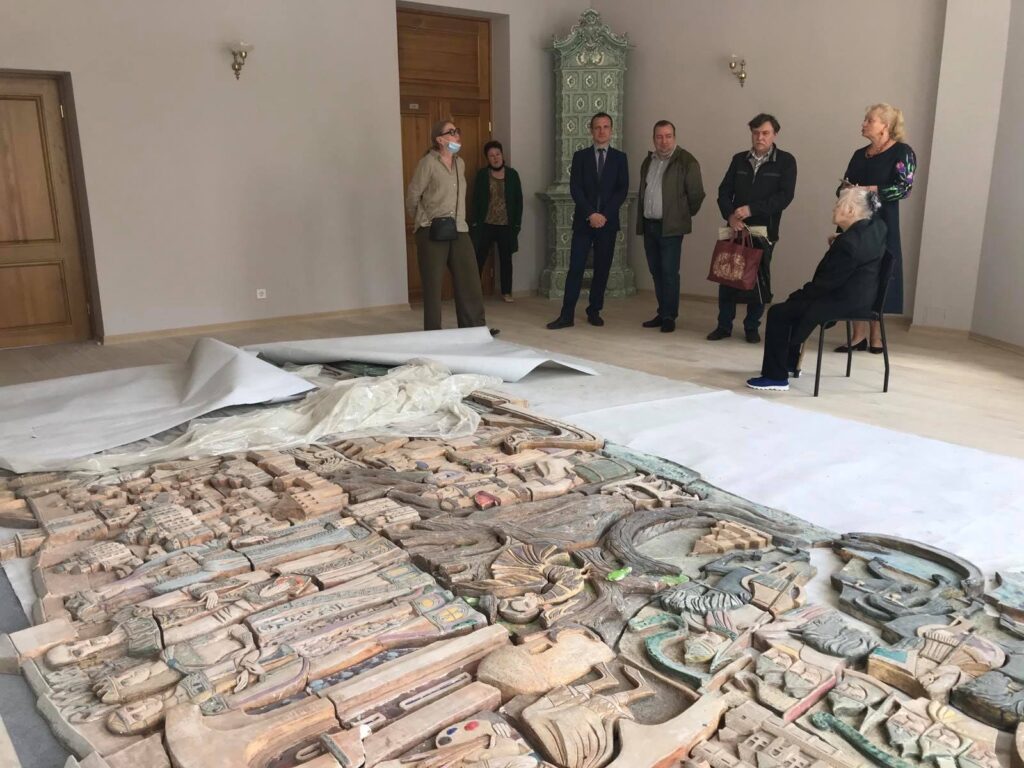 The team of the National Conservation Area “St. Sophia of Kyiv” with deep sadness took the news that today at the age of 93 died Sevruk Halyna Sylvestrivna – Honored Artist of Ukraine, member of the National Union of Artists of Ukraine, winner of the Ukrainian Association of Independent Creative Intelligentsia named after Vasyl Stus, Metropolitan Andrii Sheptytskyi Prize.

Most of her life was connected with “St. Sophia of Kyiv” Conservation Area: for almost 20 years Halyna Sylvestrivna, after graduating from the Kyiv State Art Institute, worked in a ceramic workshop, which was established at the Academy of Architecture of the USSR and located in the Conservation Area. Here she created her first ceramic work – “The Cry of Yaroslavna”. Her formation as a person was conditioned, first of all, by her participation in the Kyiv Club of Creative Youth, communication with those who we call the Sixties, nonconformists. Together with O. Zalyvakha, A. Horska, L. Semykina and H. Zubchenko in 1964 she made sketches for stained glass based on Taras Shevchenko “I will glorify those little dumb slaves” for Taras Shevchenko National University of Kyiv (the stained glass window was destroyed by the Soviet authorities in 1976), at the same time the stela of H. Sevruk “Tree of Life” was destroyed.

Halyna Sevruk is a unique figure in Ukrainian culture: she stood at the sources of the “Contemporary” Creative Youth Club in Kyiv, took an active part in its events, in particular, evenings of repressed writers, actors, artists (L. Kurbas, M. Kulish, V. Symonenko). I. Svitlychnyi, V. Symonenko, A. Horska, L. Semykina, V. Stus, E. Sverstiuk, V. Chornovil, I. Dziuba, V. Kushnir and others became her friends in the club. H.S. Sevruk was one of those who signed a letter of protest to the leaders of Soviet and party bodies against the repression of the Ukrainian and Russian clerisy, known as “The Letter of 139” (1968). As a result, the Union of Artists of Ukraine organized a “trial” and expelled those who did not want to repent, including Halyna Sevruk. For a long time, she was deprived of the opportunity to work creatively. For 20 years, her works were banned: they were not accepted at art exhibitions, not exhibited in museums…

Despite everything, despite the difficult circumstances for creative life, Halyna Sylvestrivna worked hard and fruitfully. In 1990-2000 she conducted a ceramic studio at the Kyiv Center for Children and Youth Arts. Her creative output includes large mosaics, stelae, sculptural images of ancient Slavic gods, ceramic works on the Cossack era and Kyivan Rus, paintings, portraits of historical figures and contemporaries, she decorated the interiors and exteriors of hotels.

Repeatedly visiting the “St. Sophia of Kyiv” during the restoration of the panel, which was performed by artists-restorers of the scientific-restoration workshop of the Conservation Area under the guidance of its head, artist-restorer of the highest qualification category A. M. Ostapchuk, Halyna Sylvestrivna supervised the processes and gave detailed advice on its further installation on the wall of one of the best halls of the monument.

We will always remember with warmth and gratitude

the memory of this wonderful Person and Artist will always live

in the National Conservation Area “St. Sophia of Kyiv”!

We express our condolences to the family and friends of the deceased.