The restoration project of St. Andrew’s Church was recognized as the winner of the prestigious European Heritage Awards / Europa Nostra Awards 2022

Home » news » The restoration project of St. Andrew’s Church was recognized as the winner of the prestigious European Heritage Awards / Europa Nostra Awards 2022

The restoration project of St. Andrew’s Church was recognized as the winner of the prestigious European Heritage Awards / Europa Nostra Awards 2022

The European Commission and Europa Nostra have just announced the winners of the 2022 European Heritage Awards / Europa Nostra Awards, funded by the EU Creative Europe programme. Among the winners is the project of the National Conservation Area “St. Sophia of Kyiv” – “Emergency and Repair-Restoration Work on St. Andrews Church”.

This year, marking the 20th anniversary of Europe’s most prestigious cultural heritage awards, 30 outstanding achievements in the field of cultural heritage from 18 European countries were recognized in five categories.

The European Cultural Heritage Awards ceremony will take place on September 26 in Prague at the recently restored State Opera. The ceremony will be co-hosted by the European Commissioner for Innovation, Research, Culture, Education and Youth Mariya Gabriel and Europe Nostras’ Executive President Prof. Dr. Hermann Partzinger.

Reacting to the announcement of the 2022 winners, the European Commissioner Mariya Gabriel, stated: “I warmly congratulate all the winners of this year’s European Heritage Awards / Europa Nostra Awards for the exceptional quality of their work and their openness to innovation. 2022 is a special year as we are celebrating the 20th anniversary of the EU Prize for Cultural Heritage, which has become the most prominent award for the European heritage community. Many of the awarded initiatives demonstrate the enormous interest and engagement of young people for our heritage, our history, and our cultural identity, which is particularly relevant in this European Year of Youth. A special thought goes to the two Ukrainian laureates. Creative Europe, which is co-funding the Awards, stands for promoting culture and creativity in building inclusive and cohesive societies founded on our core European values.”

Europa Nostra’s Executive President, Prof. Dr. Hermann Parzinger, said: “This year’s Award winners are powerful examples of how our heritage reconnects us with nature, helps create a sense of belonging and place, and is an integral building block in developing a circular economy that supports a sustainable and inclusive way of life. I congratulate these exceptional winners – professionals and enthusiasts alike – for their essential and commendable work”.

National Conservation Area “St. Sophia of Kyiv” is represented in the competition by the project “Emergency and Repair-Restoration Work on St. Andrew’s Church” in the nomination “Conservation & Adaptive Reuse”.

Located on Starokyivska Hill in the historic centre of Kyiv, St. Andrew’s Church was designed in the second half of the 18th century by the architect F.B. Rastrelli and constructed by leading European and local craftsmen. Built as a palace church for Kyiv’s residence of the Romanovs, it is an unsurpassed example of an Orthodox church interior in the Baroque style. After its thorough restoration by the state organisation the National Conservation Area ‘St. Sophia of Kyiv’, St. Andrew’s Church now functions as a museum and hosts church services, scientific and educational events and chamber music concerts. The project, which was based on the results of ten years of scientific and technical monitoring undertaken by the National Conservation Area together with the leading research institutes of Ukraine, was entirely funded by the Ministry of Culture and Information Policy of Ukraine.

Before its restoration, the ground that St. Andrew’s Church is built on was suffering advanced soil erosion. In 2007, the increasing risk of landslides threatened the stability of the church’s foundation and called for urgent measures to strengthen the hill and restore the church building. The restoration that took place from 2008 to 2020 began with the thorough consolidation of the soil base of the hill and the strengthening of the church foundations and stylobate, and the implementation of a new drainage system. Overgrowth on the slope was cleared away, opening up a panoramic view of the Dnieper River Valley and the left bank of Kyiv.

Throughout the restoration of the church’s exterior, traditional building materials and techniques were used. Yellow bricks from dismantled old buildings were reused for the restoration of the masonry. To complete the restoration of the cast iron stairs leading up to the porch, a time-tested method was used, coating the iron with a traditional mastic based on beeswax. Inside the church, the original 18th-century wall colours were recovered and paintings were restored. Archival and iconographic research led to the determination of the correct placement of the icons in the iconostasis, offering visitors the possibility to experience the 18th-century Baroque interior as it was envisioned by architect Rastrelli.

“This highly symbolic project marks the restoration of a monument with significant value for Ukraine and its people. The stabilisation of the hill has successfully eliminated the causes of the threats, rather than battling their consequences and as such is a good example of preventive conservation. The entire restoration project was meticulously documented, while the restoration of the building’s characteristic gilding was very well done,” highlighted the Awards’ Jury 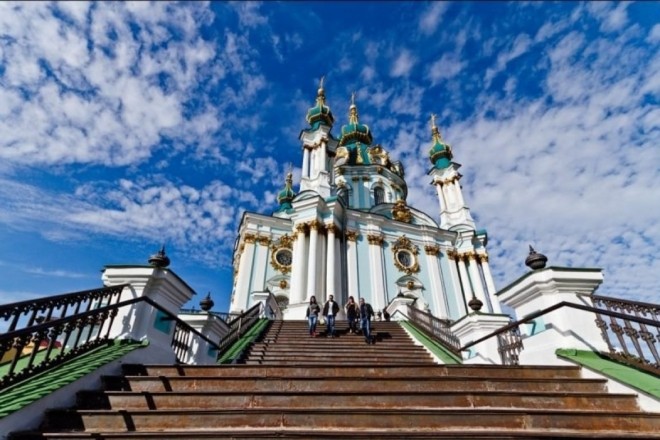 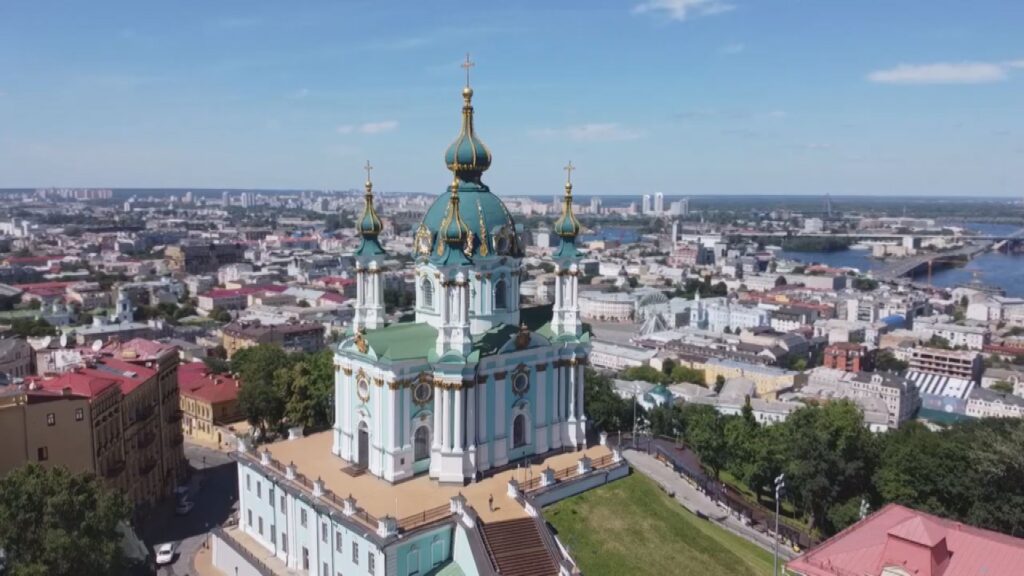