The opening of the international inter-museum exhibition project

Home » news » The opening of the international inter-museum exhibition project

The opening of the international inter-museum exhibition project

“Southern Sea Gate of Eastern Europe: the (un)forgotten heritage of port towns in the South Ukraine of the 13th -15th centuries”

The event we have been waiting for so long is the opening of the international inter-museum exhibition project “Southern Sea Gate of Eastern Europe: the (un)forgotten heritage of port towns in the South Ukraine in the 13th -15th centuries.”

According to the director of the Conservation Area Nelia Kukovalska, such an event is extraordinary for Ukraine. After all, most of the items over the past eighty years have not been presented in museum exhibits, so we have the opportunity to see them first!

Leading Ukrainian and Italian museums take part in the project, whose authentic materials represent one of the brightest episodes in the history of our country. The project literally brings back from oblivion the historical heritage, and sometimes – information about the forgotten late medieval ports and cities, because some of them even disappeared from geographical maps over time.

The exhibition covers the topic of the phenomenon of distant Black Sea trade of the 13th -15th centuries in the port cities in the South of modern Ukraine, which connected culturally, politically and, above all, economically the most remote corners of the Mediterranean with the countries of Eastern Europe, Central Asia and the Far East.

The key objects of the exposition are embedded building slabs. These original epigraphic monuments have become significant historical sources, as “they report exact dates, reflect the administrative system of the city, give an idea of ​​its appearance and testify to its buildings.”

The potential of domestic museum collections has been used to the fullest, as in today’s conditions there is a lack of opportunities to exhibit materials that remain in the temporarily occupied Crimea. Most of the items involved have not been presented in museum exhibits for the last eighty years, so they are almost unknown not only to the general public, but also to scholars. Attracting exhibits from a small maritime museum in Pella, Italy (building boards from Chembalo) for the cultural community of our country is significant. This is an event of the symbolic return of cultural monuments taken to Italy during the Crimean War and the siege of Sevastopol (1854-1855).

The scientific world has long been developing areas of research, such as the Baltic transnational region, the sights of the rivers of Eastern Europe. However, the question of the transcultural community of the Northern Black Sea (Nord Black Sea Commonwealth) as a single cultural, economic and social organism in the late Middle Ages has not yet been formulated and leaves a wide field for new research. We hope that our exhibition project will demonstrate the vastness of the material and encourage scientists to future research. 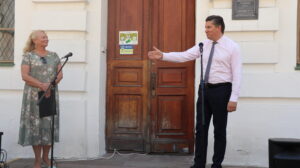 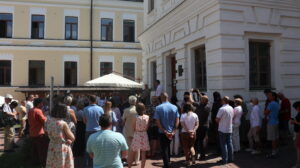 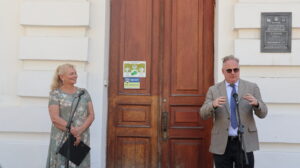 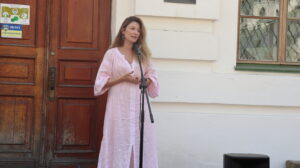 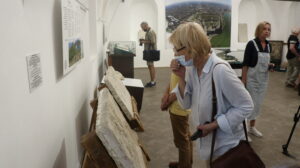