The history of the construction of St. Sophia Cathedral in light of new archeological findings

Home » news » The history of the construction of St. Sophia Cathedral in light of new archeological findings

The history of the construction of St. Sophia Cathedral in light of new archeological findings

During the archaeological research of 2018-2019, a number of objects related to the formation of the monument during the 11-19th centuries were discovered and museumifed in the inner gallery of the Sophia Cathedral.

In particular one can see the original structures of the foundation of the temple. As it turned out, in the first half of the 11 century, a foundation ditch was made, which for some time remained open-air and was partially silted. Later, the foundation ditch was filled with large stone blocks, laid in three layers “dry” – without binding solution. Small “caementum” (building mortar with brick and ceramic crumb) splotches on individual stones indicate that they are reused and originate from an earlier building. The top of the foundation was spilled with lime-cement solution, over which the walls of the cathedral were erected.

Over the course of several years, a gradual subsidence of the foundation occurred under the weight of the masonry, resulting in wide and deep crevices between the individual stone blocks and one of the stones even squeezed put beyond the foundation. After the subsidence of the cathedral structures was completed, a new floor was installed here, 10 inches above the original floor. The decoration of the temple with fresco painting was done starting from the level of this floor.

The next floor in the inner gallery of the cathedral was laid out of flat bricks and ceramic tiles in the 17th and early 18th centuries. The ancient murals on the walls of the building were covered with solid whitewash. Finally, in the first half of the 19th century, this floor was replaced with a new one – made of bricks laid on a rib in “herringbone”, and in the second half of the 19th century – the floor was covered with cast iron plates, which actually make up the modern floor of the monument.

Currently, the 2018-2019 excavation at the Sophia Cathedral’s inner gallery has been museumifed and opened for viewing. 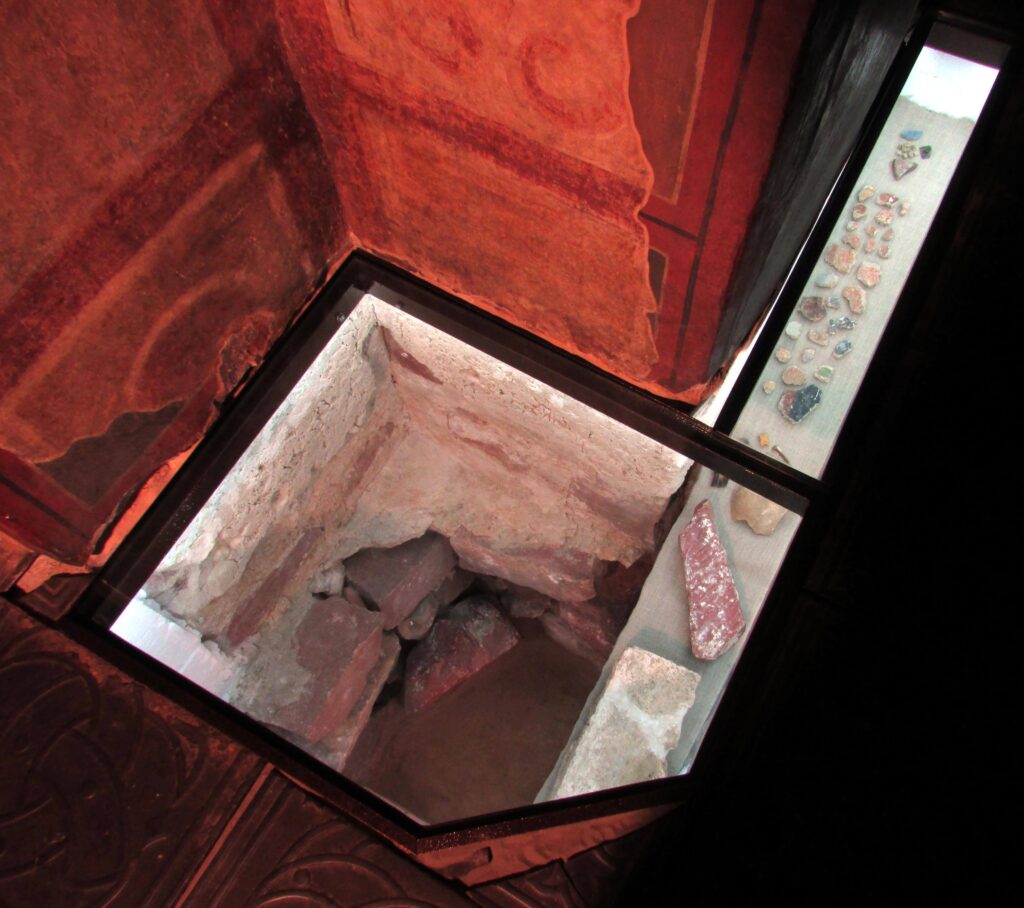 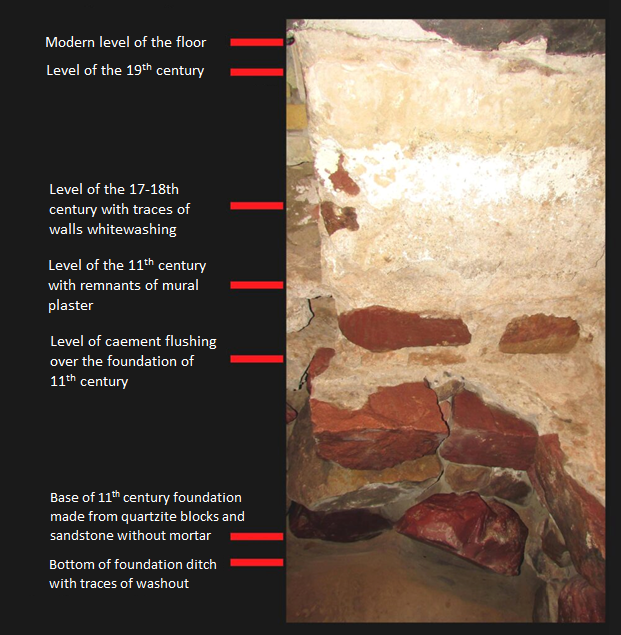