The crypt of Metropolitans of Kyiv in St. Sophia Cathedral as a sightseeing object  in the early 19th century

Home » news » The crypt of Metropolitans of Kyiv in St. Sophia Cathedral as a sightseeing object  in the early 19th century

The crypt of Metropolitans of Kyiv in St. Sophia Cathedral as a sightseeing object  in the early 19th century

At all times, guests are always shown the most interesting places in their city. It is difficult to say when this tradition appeared in Kyiv, but we know that it was practiced by the Kyiv Metropolitan Serapion (Alexandrovsky) at the beginning of the XIX century. Following his appointment, Serapion arrived in Kyiv on February 5, 1804. As he got acquainted with new places of his activity, he noted his first impressions in his diary. On April 10, he visited St. Sophia’s crypt, where Metropolitans of Kyiv were buried, and described in sufficient detail what he saw. There were burials of former Kyiv Metropolitan Rafail Zaborovsky, Arseniy Mohyliansky, Gavriil Kremenetsky, Samuil Myslavsky and Hierofey Malytsky: “… after lunch we are in the crypt with the archimandrite Tovia. It was made in the southern part of St. Sophia Cathedral as a kind of dry cellar (not large), or storeroom; where now the tomb of the local Metropolitan Rafail Zaborovsky (died October 22, 1747) is situated [..] 57 years from his death to this day 1804… especially the head, arms and shoulders [or] legs […]. Metropolitan’s Arseny Mogilevsky […] and many parts of the body have not yet rotted; his coffin is upholstered with painted homespun cloth… Metropolitan Hierophius, who died on September 2, 1799, in 72 years, 5 years from his death to this day 1804. The pall is seen and all [..] and all these five coffins are uncovered with nothing, stand on plain wooden ones, Rafail is on the bench: and the rest are on one table at the exit of this crypt or cellar, where there’s no bad smell but the dampness.”

Subsequently, the Metropolitan regularly showed interest in these burials in Sophia in connection with the visits of high ranking and respected persons. The last record of these burials in the Sophia Cathedral is in the diaries of Serapion on March 25, 1823, when he no longer held his position. On that day, the new Metropolitan of Kyiv Yevgeny Bolkhovitinov told him the disappointing news about the state of the burials in the crypt: “the Metropolitan arrived … and by the way said that two nests of mice were found in the tomb of Metropolitan Rafail; and his body with mice is supposedly gnawed. ” Subsequently, the crypt, located under the Assumption Altar, was repeatedly put in order and investigated. Now it can be visited during an interesting thematic excursion “The Necropolis of St. Sophia of Kyiv”. 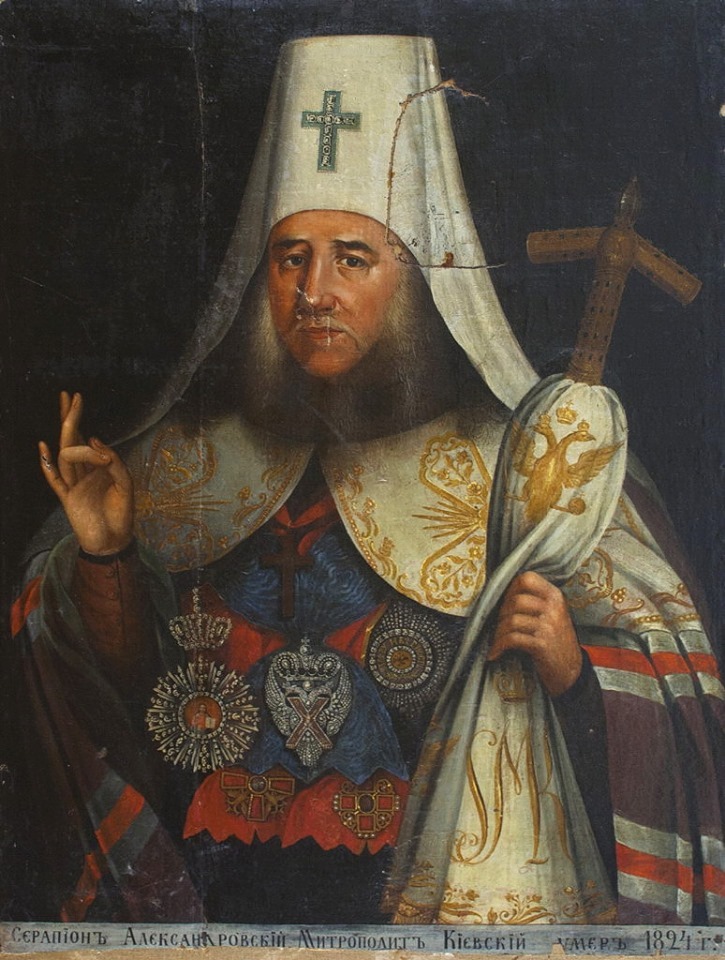 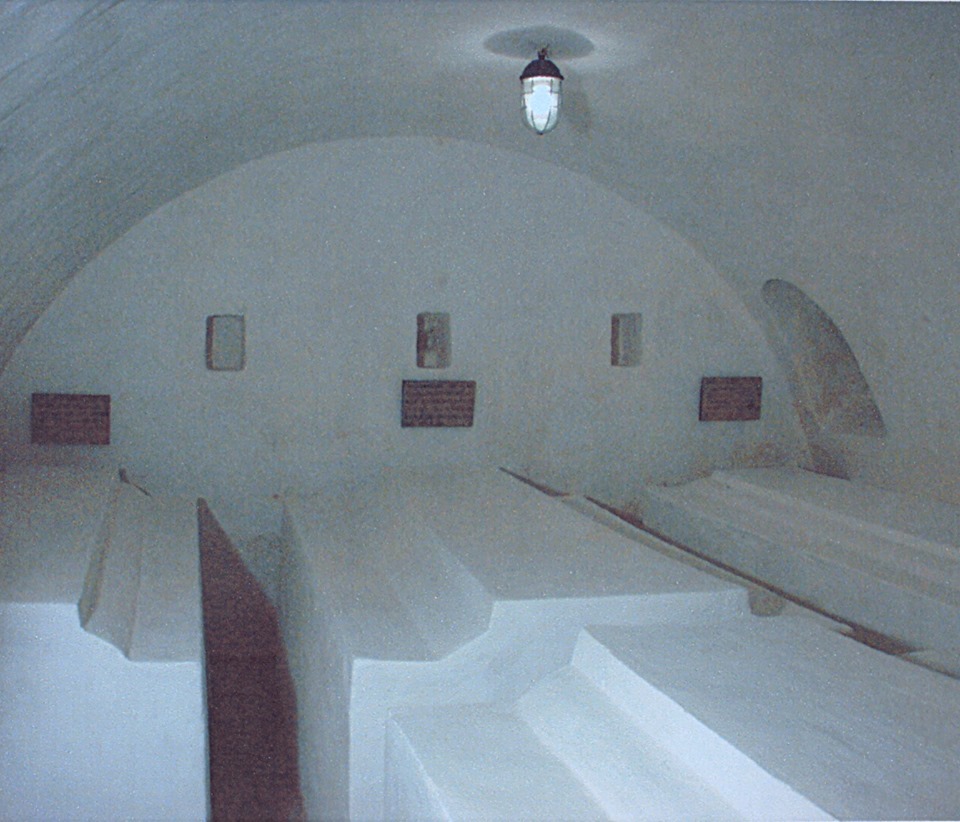