In the 18th century St. Sophia bell tower became the first stone structure of the Orthodox monastery after the fire of 1697. It was built in 1699-1706. The name of its first architect is unknown, the documents mention only the stonework apprentice Sava Yakovlev, a resident of the Kyiv-Pechersk town.

The bell tower was reconstructed at different times. So, it was rebuilt by architects J.G.Shedel, P. Sparro.

Significant changes in the appearance of St. Sophia bell tower took place in the 1850s. Then the ancient fresco painting was opened and retouched in St. Sophia Cathedral. The repair and restoration work continued until 1853 and covered other courtyard structures, including the bell tower.

Sculptural images of Prince Volodymyr Svyatoslavych, Apostle Andrew the First-Called, Apostle Timophiy and Archangel Raphail are placed in rectangular frames on the facades of the third tier.

The bell tower changed its color several times. First it was painted in different colors. The walls were blue, the stucco ornament was ivory, figures of saints, archangels and masks were as follows: face – yellow, hair – black, dress – red, green, brown.

Other interesting details about this slim architectural beauty can be found during a tour around the monuments of St. Sophia Architectural Ensemble. We are sure that St. Sophia of Kyiv will open its gates and doors soon again! Let’s wait!

On the photos: a three-tier Sophia bell tower, a four-tier bell tower at the end of the 19th – beginning of the 20th centuries, elements of decoration, modern appearance. 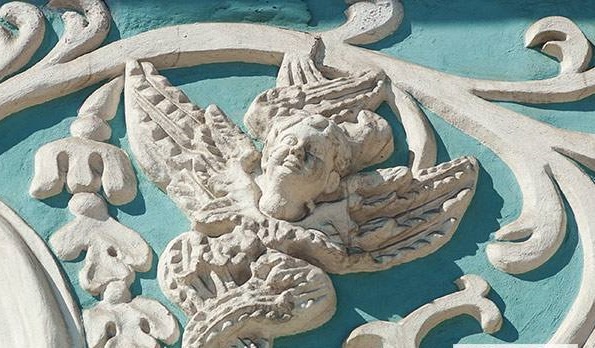 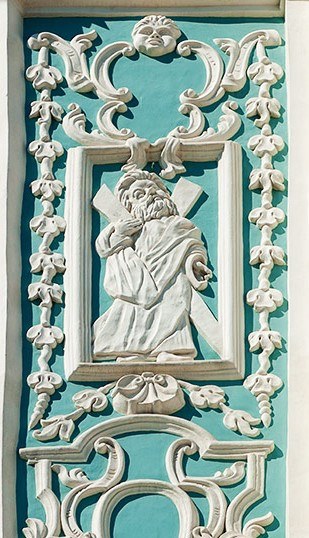 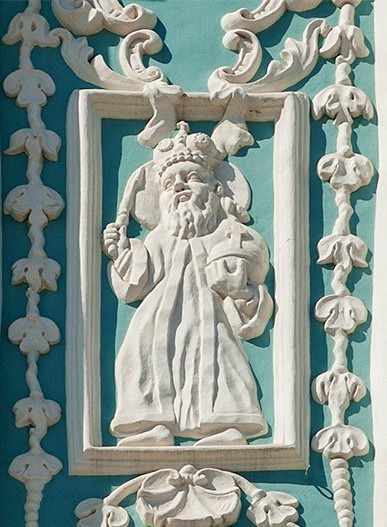 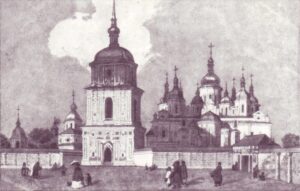 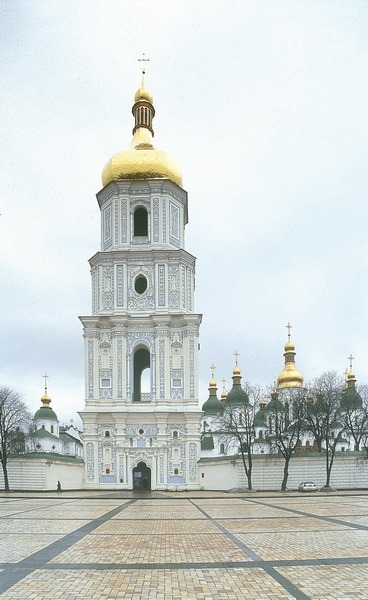 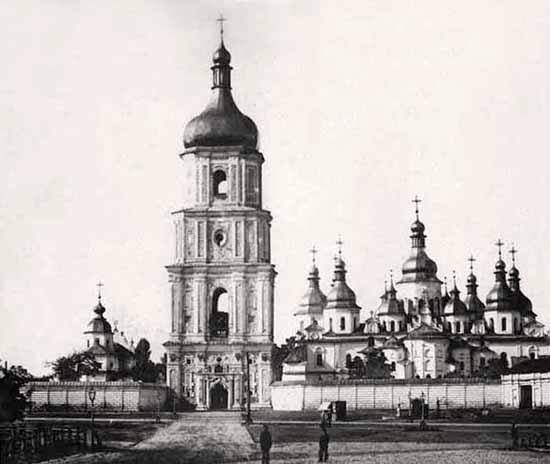