On March 20, the Orthodox Church honors the memory of seven holy martyrs who served as bishops in Chersonesos: Basil, Ephraim, Capiton, Eugene, Epherius, Elpidius and Agafodor. This ancient city became the cradle of Christianity for Rus-Ukraine, because it was there in 988/9 that Prince Volodymyr the Great of Kyiv adopted a new faith, who, returning to Kyiv, baptized his people.

The episcopal cathedra was established in Chersonesos at the beginning of the 4th century. The bishops of Chersonesos carried the gospel of Christ on the northern Black Sea coast from the Danube to the Dnieper, including the Crimea, and marked their apostolate with martyrdom in the 4th century in the city of Chersonesos in Tavria. Holy Emperor Constantine the Great sent Bishop Capiton to Chersonesos. Christians welcomed him with joy, but pagans began to demand a miraculous sign from the new bishop in order to believe in the God he preached. Putting all his hope in the Lord, St. Capiton, in episcopal vestments, entered the bonfire, prayed for a long time in the flames, and came out of it unharmed, gathering hot coals in a felon. Then many pagans were convinced of the power of the Christian God. This miracle was learned by Emperor Constantine himself and the holy fathers of the First Ecumenical Council of 325 in Nicaea, which approved the Creed.

The majestic ruins of Chersonesos (the Byzantines called it Kherson), an ancient Greek city-state in the southwestern part of the Russian-occupied Crimea (within Sevastopol), have survived. Long before the time of Constantine and before the Baptism of St. Volodymyr, the Christian faith had already penetrated into the Crimea, which in ancient times was called the Tauride and was subject to the Roman emperors. The beginning of the enlightenment of the Tauride by the faith of Christ was laid by the holy apostle Andrew the First-Called. The further spread of Christianity there was involuntarily facilitated by its own enemies: the Roman emperors sent there state criminals, who in the first three centuries of Christianity were considered confessors of Christ as well. Thus, during the reign of Trajan, St. Clement, a disciple of the Apostle Peter, Bishop of Rome, was exiled to the Inkerman quarries. There he continued his preaching, there in 101 he was martyred. His relics were brought to Kyiv by Prince Volodymyr, who placed them in the Church of the Tithe dedicated to the Mother of God, which gave Kyiv the glory of the ancient holy city. A wonderful image of St. Clement of Rome is iconic in the mosaics and frescoes of Sophia of Kyiv. Very rare in the church paintings beautiful fresco image of St. Capiton occurs in the Sophia frescoes. This, like the whole cathedral, its architecture, mosaics, frescoes and graffiti inscriptions, testifies to the special princely order of the program of painting of Sophia of Kyiv, the founder and builder of which was in 1011 Volodymyr the Great, whose work was completed in 1018 by his son Yaroslav the Wise. 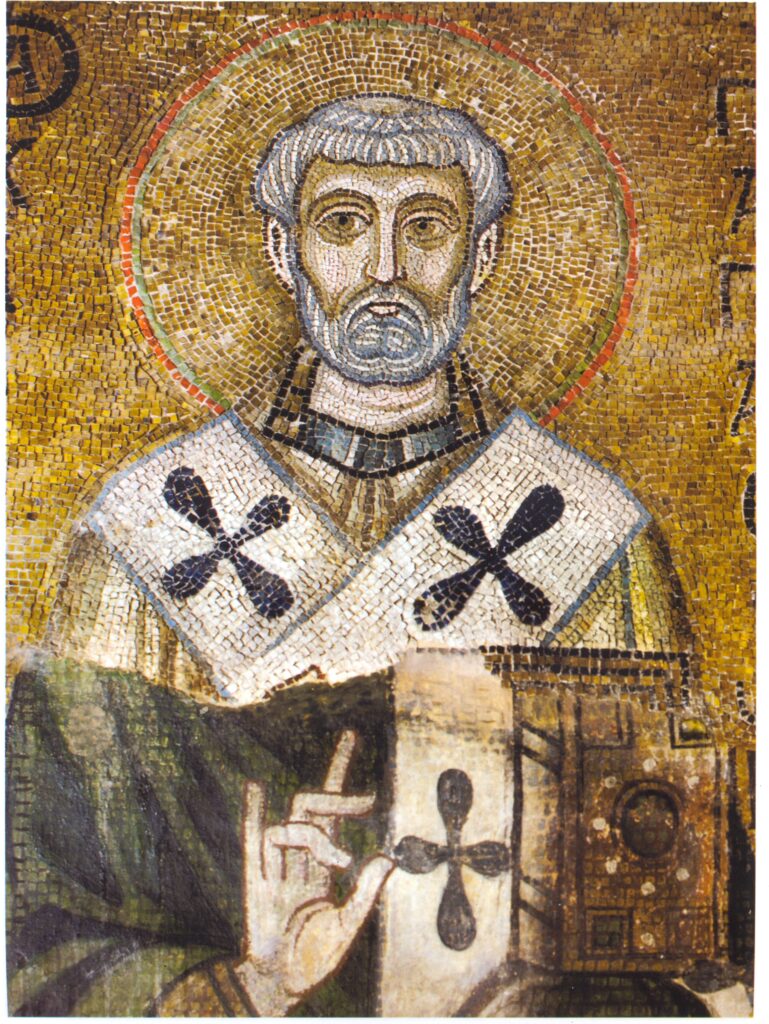 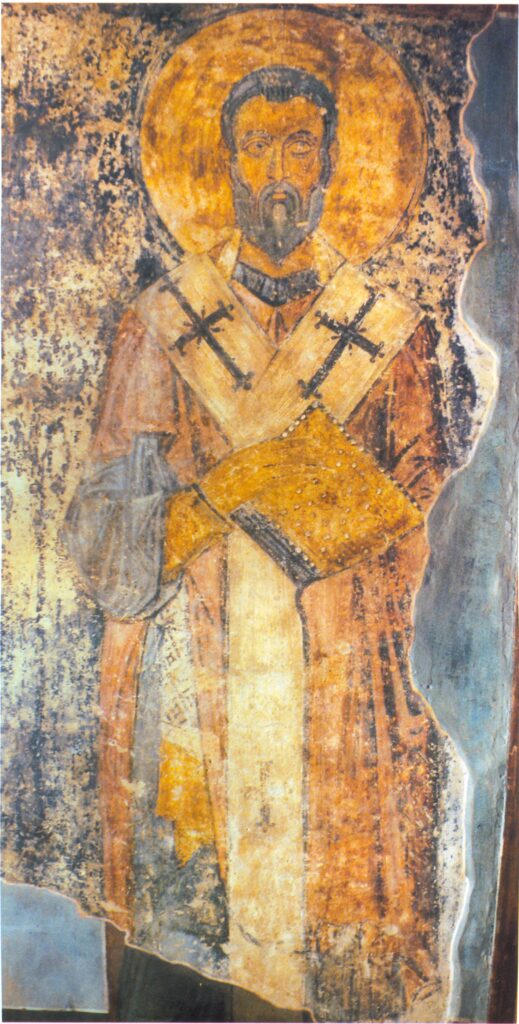