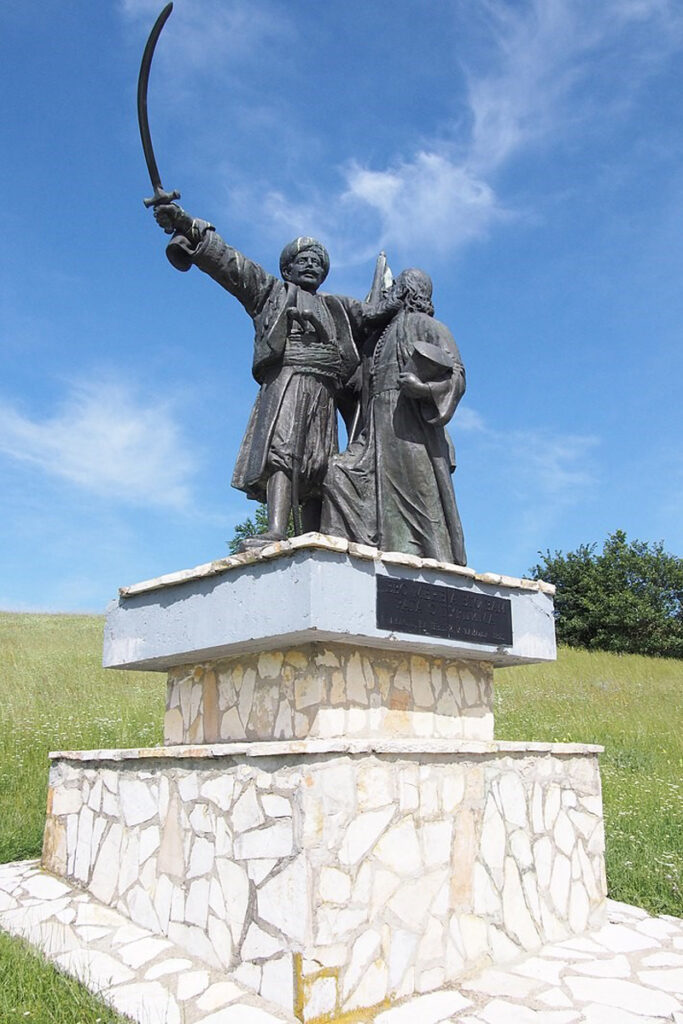 There is one little-known fact in the history of the Kyiv metropolitanate and St. Sophia Cathedral, which at one time had not only a purely ecclesiastical character, but also a geopolitical one. It was reflected in the diaries of Metropolitan Serapion (Alexandrovskyi), who may not have fully understood its international significance.

The fact is that on October 16 and 17, 1811, Archimandrite of the Serbian St. George’s Monastery in Vraćevšnica, Melentije (Pavlović) (1766-1833), the future Archbishop of Belgrade and Metropolitan of Serbia, visited Kyiv. This monastery itself is quite old and famous in 1428. And Melentije (Pavlović) became its archimandrite shortly before his trip to the Russian Empire, but in 1810.

Of course, this trip could be considered a purely church affair. However, the general international political situation does not give grounds to take this event so simply. First of all, it should be taken into account that the anti-Turkish uprising was just raging on the territory of Serbia itself at that time. Secondly, Melentije (Pavlović) is known not only for his church activities, but also for his active support of the insurgents and Milos Obrenovych – the leader of the next anti-Turkish uprising in 1815-1817. Third, Russia itself was showing considerable interest in Serbian affairs at the time, trying to gain a foothold in the Balkans and weaken the Ottoman Empire. In view of this, Melentije (Pavlović) trip to St. Petersburg most likely pursued more political goals than purely ecclesiastical ones.

On the way back, Melentije (Pavlović) had already visited Kyiv, as Serapion (Alexandrovskyi) noted in his diaries. It is clear from his records that the Serb’s journey was under the control of the Russian authorities (a decree was issued on behalf of the emperor to issue books from the Lavra printing house to transport them to Serbia). It is also obvious that the meeting between Serapion and Meletius took place on the territory of Sophia. One can also think that at that time Melentije could not but visit the Kyiv-Pechersk Lavra.

After returning from the Russian Empire to Serbia, Melentije (Pavlović) soon became the administrator of the Belgrade metropolitanate, and then, in fact, one of the organizers of the next national explosion. He was even a participant in the victorious battle of Mount Liubech (1815), where Turkish troops were defeated. His visit to Russia testifies to the support of the Serbian authorities by the Serbian clergy as one of the levers of their geopolitical influence in the Balkans.

Today in Serbia, Melentije (Pavlović) is considered one of the national heroes who stood by the establishment of the statehood of this country. A monument to him and Milos Obrenovych was erected in Belgrade to honor their work.