The murals of each temple are scriptural and church history in images. St. Sophia of Kyiv is a huge open book with thousands of pages, not all of them “are read”. So, learning them is extremely exciting and interesting. This is a story about one of them. The images of the holy warriors that decorate the elastic and central arches of St. Sophia Cathedral are a part of the program painting of the cathedral. And, among the glorified and revered Saints of the Ecumenical Church, one can see the image of the first martyr of the land of Kyiv – the holy martyr – warrior Theodore Tour.

Information about the great martyr Theodore Tour, or Varangian and his infant son John, contains the Tale of Bygone Years. The Varangians, or Vikings were the “backbone” of the prince’s armed force of Kyiv Prince Volodymyr Svyatoslavych. They were appreciated for their courage, valor and dedication to their patron. Such a courageous warrior was the Viking Tour (or Toor), who, while serving in Byzantium (according to one version), was baptized and got the Christian name Theodore. After moving to Kyiv, he was employed in Prince’s Volodymyr armed force and settled near the princely court with his son John. In honor of Volodymyr’s reign, who ascended to the throne and was still a pagan, the priests decided to make a ritual sacrifice and chose the son of Theodore – John for this purpose. A battle-hardened warrior and devoted Christian Theodore and his son opposed this decision and the perturbed crowd. Both were killed and burned with their house. It is believed that their death made a great impression on Prince Volodymyr and after receiving baptism, on the place of the first Christian martyr’s death in Rus’, he built the first stone temple of Kyiv – the Tithe Church of the Assumption of the Blessed Virgin. Most interesting is the fact that in 1908, during archaeological research, the remains of a Varangian house, which was a two-storied log house, were discovered near the foundations of the Tithe Church. And this confirmed the detailed chronicle of the martyrdom of the warrior and his son. 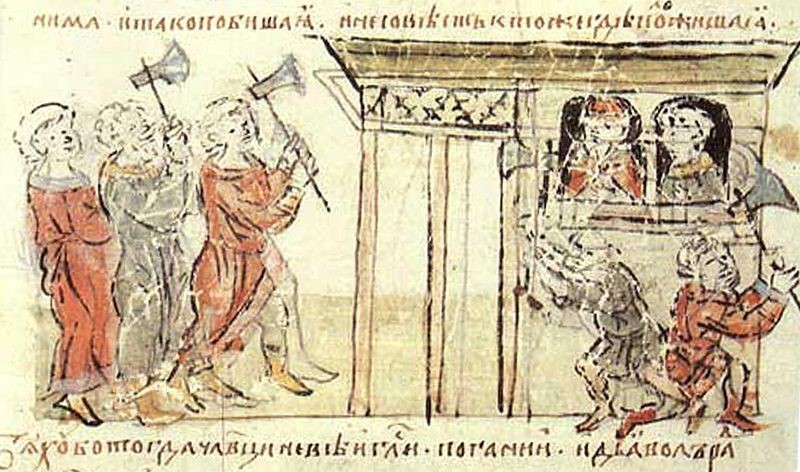 Death of Varangian Theodore and his son John. Miniature of the Radziwiłł  Chronicle 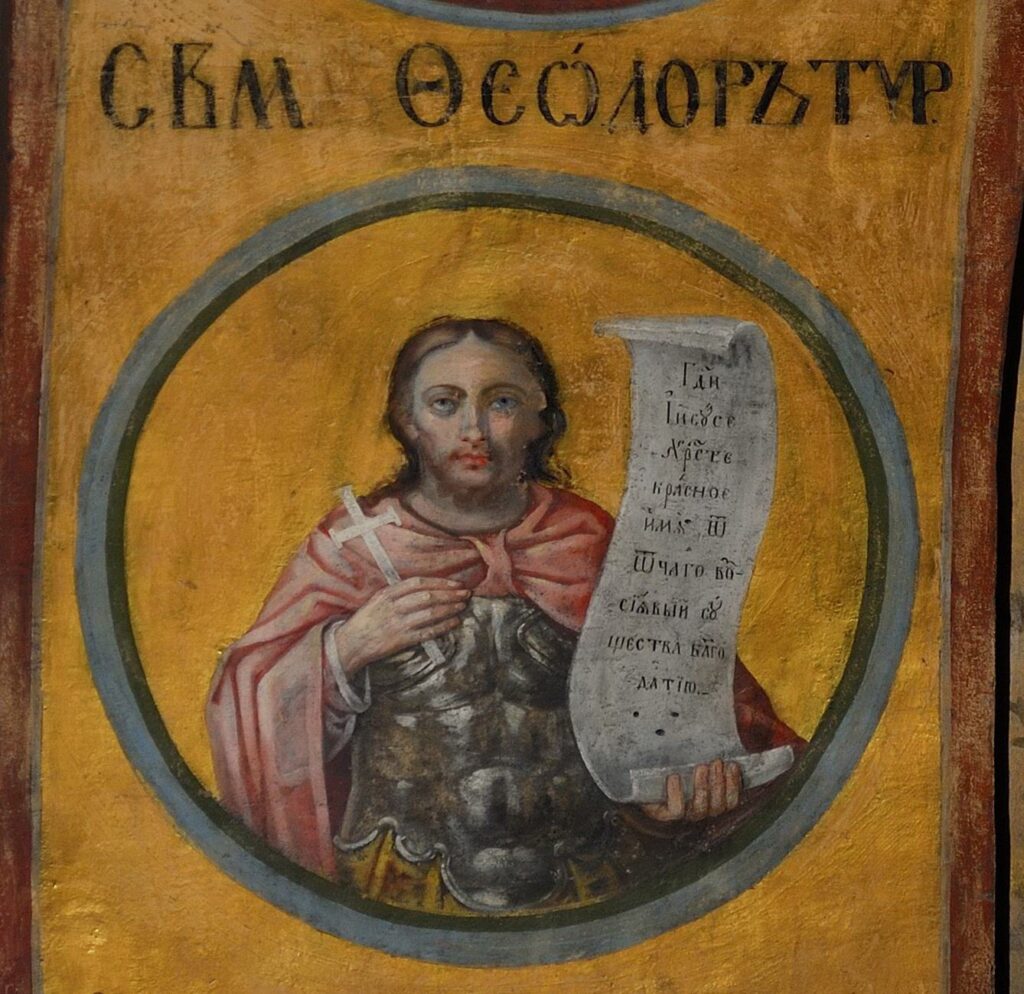