The archaeological excavations of 2018-2019 revealed in the interior gallery of St. Sophia Cathedral a previously unknown fresco of the 11th century, which was hidden under the floor of the 19th century.

This fresco is a complete artistic composition, formed by multi-colored wavy lines and is a color imitation of “polylithia” – the multi-colored structure of marble panels, which traditionally adorned the walls of Byzantine temples.

Due to the absence of sufficient quantity of marble the masters, who in the first half of the 11th century were engaged in the decoration of Sophia of Kyiv, painted the surface with multicolored paints. Similar “wavy” fresco panels can be seen in some other places of the cathedral.

The newly discovered fresco, preserved by the restorers of the Reserve, is now open for inspection in a museumified archaeological site in the interior of St. Sophia Cathedral. 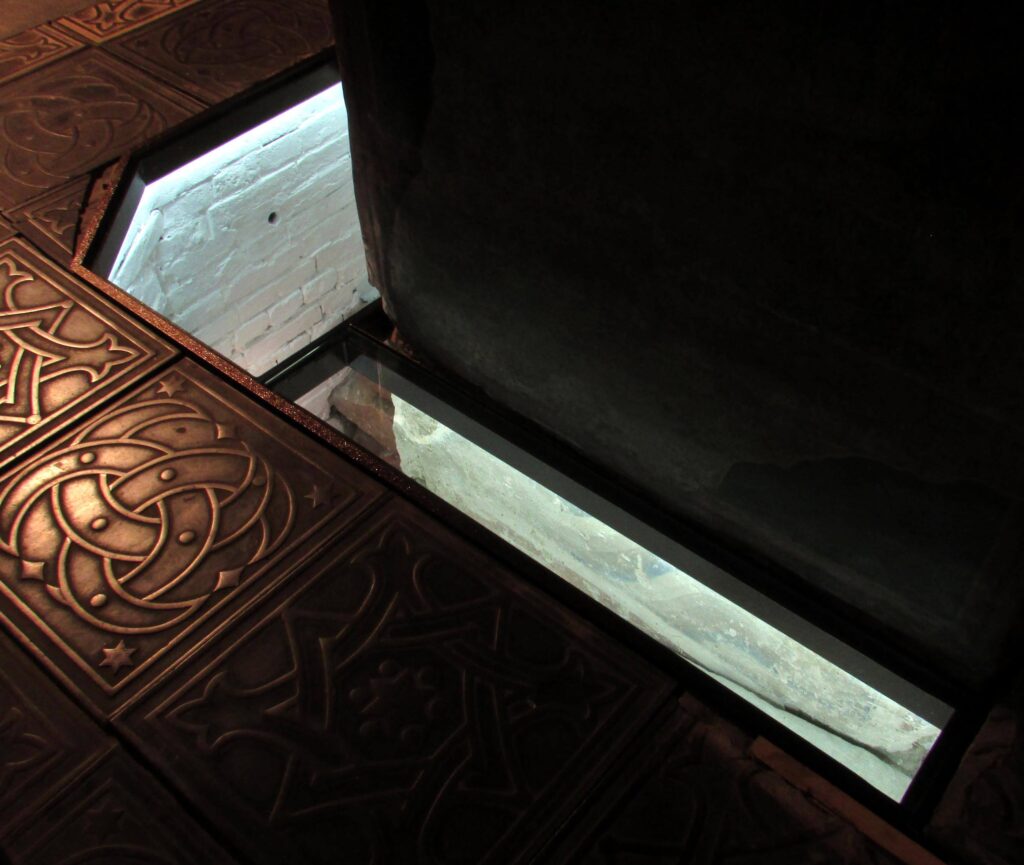 General view of the 2018-2019 museum excavation in the inner gallery of St. Sophia Cathedral with the newly discovered fresco on the wall