During his official visit to Kyiv, President of France Emmanuel Macron visited National Conservation Area “St. Sophia of Kyiv” for the first time, where an excursion was organized for the distinguished guest. Director General of the Conservation Area Nelia Kukovalska told the President of France about the iconic symbol of the Ukrainian state – St. Sophia Cathedral of the 11th century, a UNESCO World Heritage Site, about deep historical ties between Ukraine and France, as well as the current difficult situation in which the national monuments found themselves due to the russian aggression.

The guest was especially interested in the story of Queen of France Anna Yaroslavna, daughter of Yaroslav the Wise. It was from St. Sophia Cathedral that Anna of Kyiv’s wedding procession left for France, where she married King Henry I of France and gave birth to the successor to the French crown, Philip I.

The guest of honor paid special attention to the sarcophagus of Anna Yaroslavna’s mother Ingegerd, daughter of Swedish King Olof Skötkonung and wife of Yaroslav the Wise. The President of France also looked in detail at the ancient frescoes of St. Sophia Cathedral, where he saw an inscription made by Anna Yaroslavna.

In memory of the visit to St. Sophia of Kyiv, the guest of honor was presented with a facsimile copy of one of the oldest monuments of ancient Slavic writing – the Gospel of Reims, the origin of which scholars associate with the scriptorium of St. Sophia of Kyiv.

Instead, the distinguished guest promised to promote the development of intercultural relations between Ukraine and France and promised to return with a longer visit. 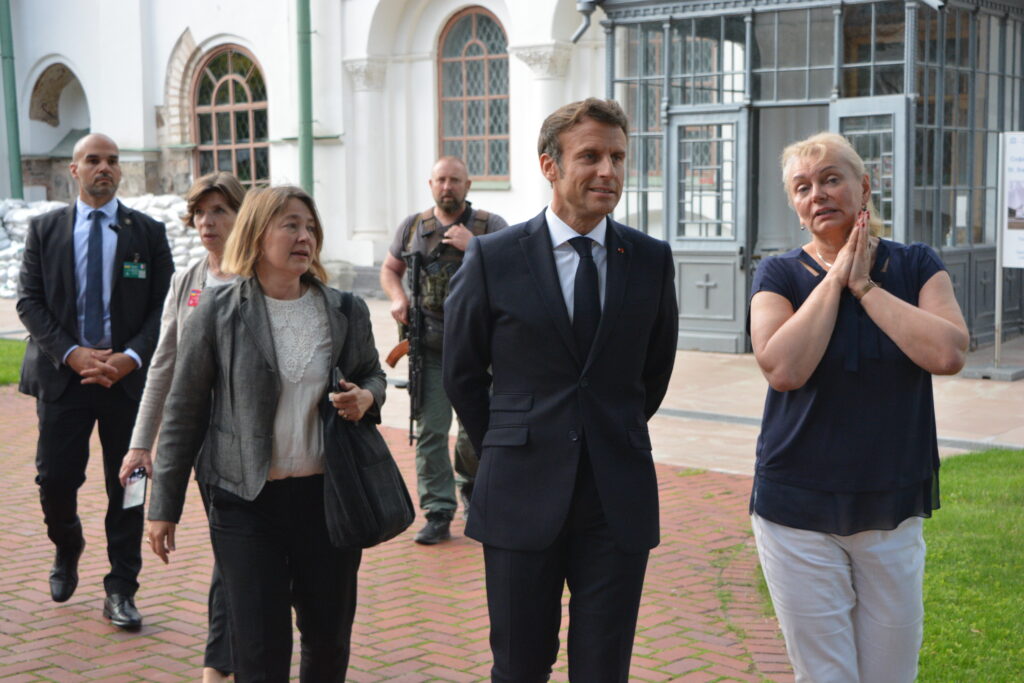 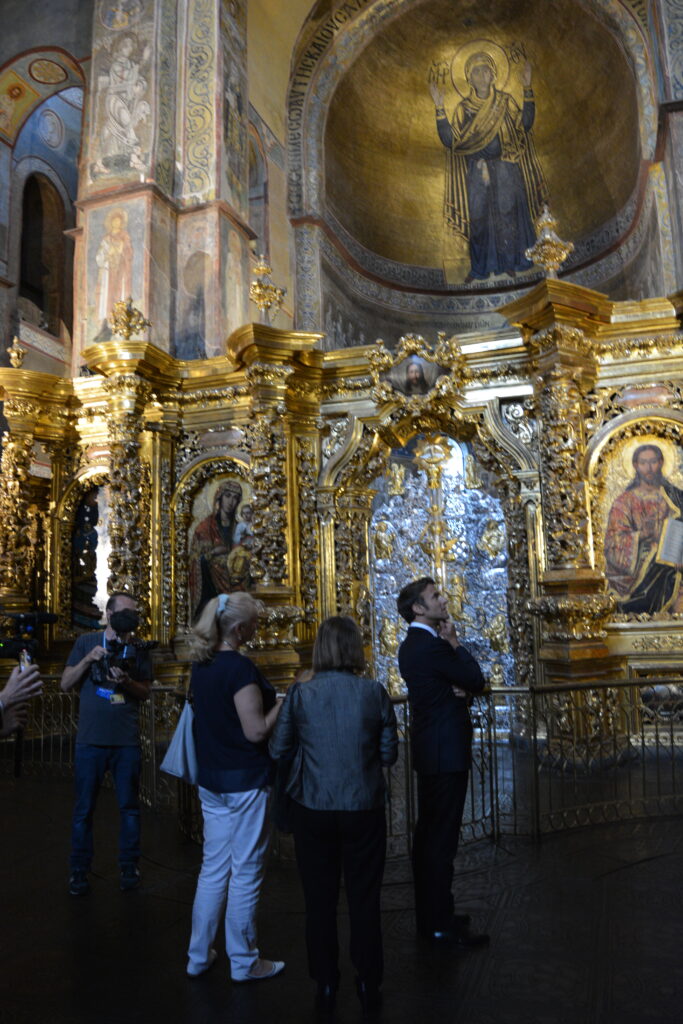 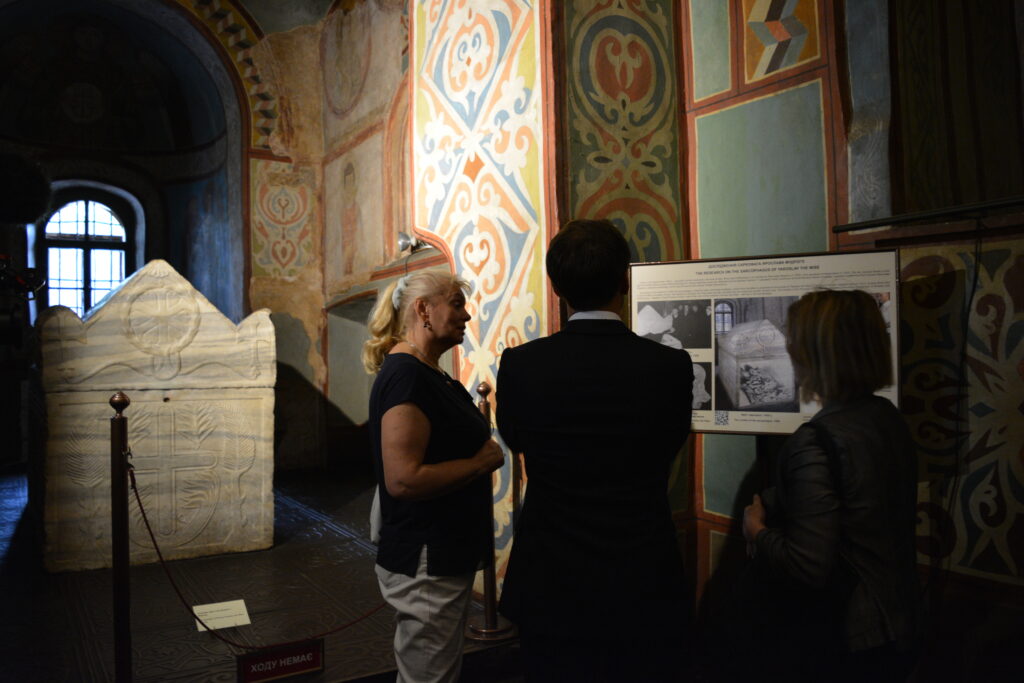 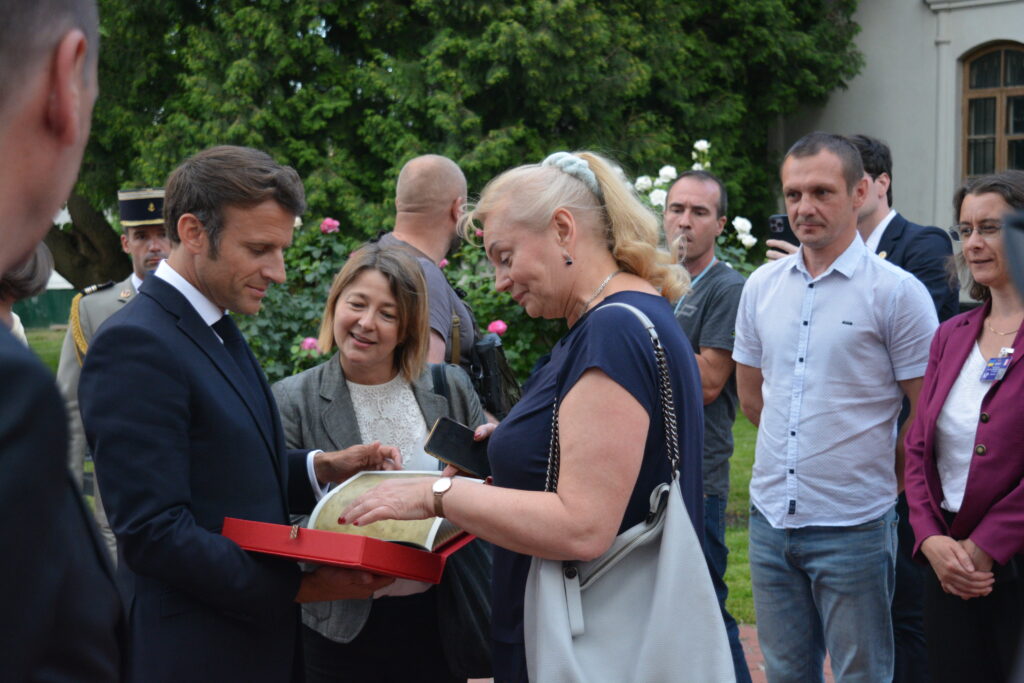 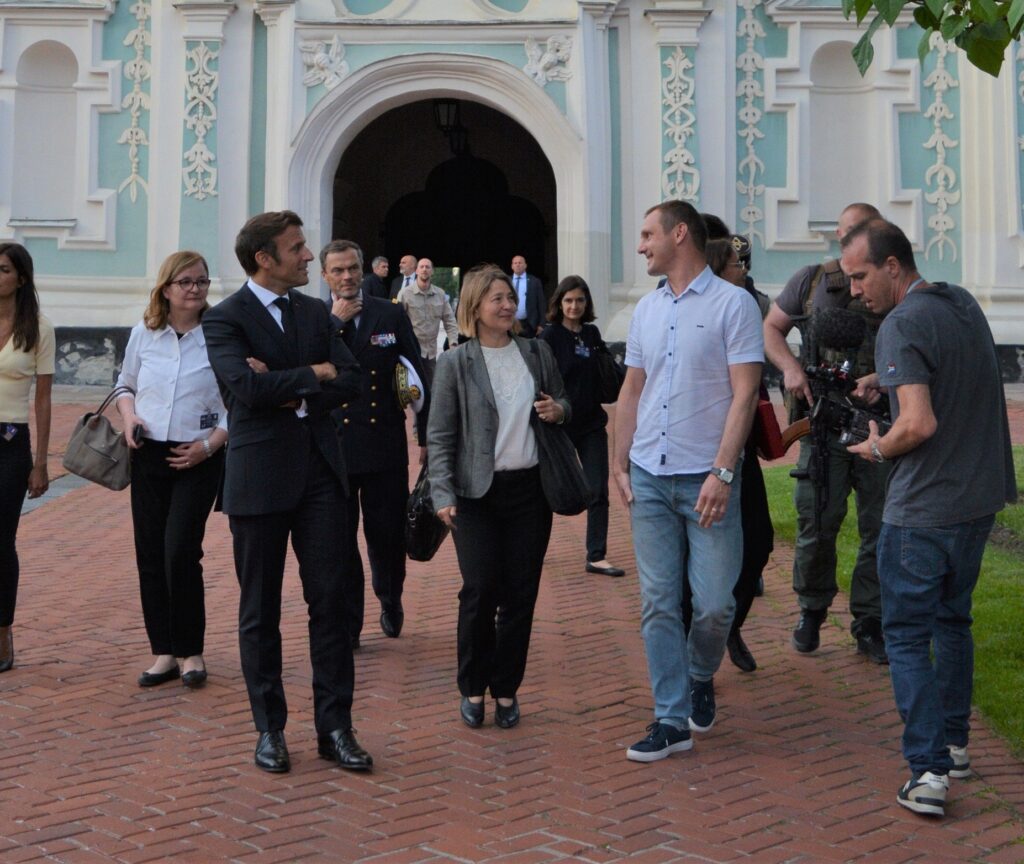