Old Testament prototype of the Resurrection of Christ in the murals of St. Sophia Cathedral

Home » news » Old Testament prototype of the Resurrection of Christ in the murals of St. Sophia Cathedral

Old Testament prototype of the Resurrection of Christ in the murals of St. Sophia Cathedral

Among the iconographic scenes that were reproduced on the walls of Sophia of Kyiv in the 11th century the scene that is the Old Testament prototype of the Resurrection of Jesus Christ is preserved. This is a fresco composition “Three men in a fiery furnace”. It is located on the western wall of the northern part of the choir chapel and depicts a wonderful salvation from the fire of three Jewish youths. According to the Book of the Prophet Daniel, this story took place in the 6th century B.C. in Babylon in King Nebuchadnezzar days. He ordered the construction of a golden idol, which must have been worshiped by all the inhabitants of the country. The children of Hananiah, Mishael, and Azariah who refused to do so and openly confessed their faith in the one God, were thrown into the fiery furnace, but the angel who came down from heaven saved them (Dan. 3). While in the oven, the children sang, glorifying and blessing God (Dan. 3: 52-90). The Sophia mural depicting the miracle of saving the children from a horrible death has preserved unsatisfactorily: the paint layer is damaged and sometimes lost, scuffs and scratches are seen. However, it is still possible to see the youths in the furnace and the angel-savior behind them with wide wings open above the righteous.

As the salvation of the youths from the furnace is regarded as a prototype of the Resurrection of Christ, their song, according to church customs, is sung at the Easter service. And in ancient times in Jerusalem and Constantinople on the evening of Holy Saturday, that is, on the eve of Easter, with the singing of the song of three youths, the bishop and the baptized were entering the temple.

In St. Sophia Cathedral you can see also one-figure images of Jewish youths. For example, in the south plane of the northwestern pillar below the main dome of the temple. Images of holy youths are written in the 11th century in the technique of fresco and placed one above the other in three registers.

The author is Sergiy Bozhko 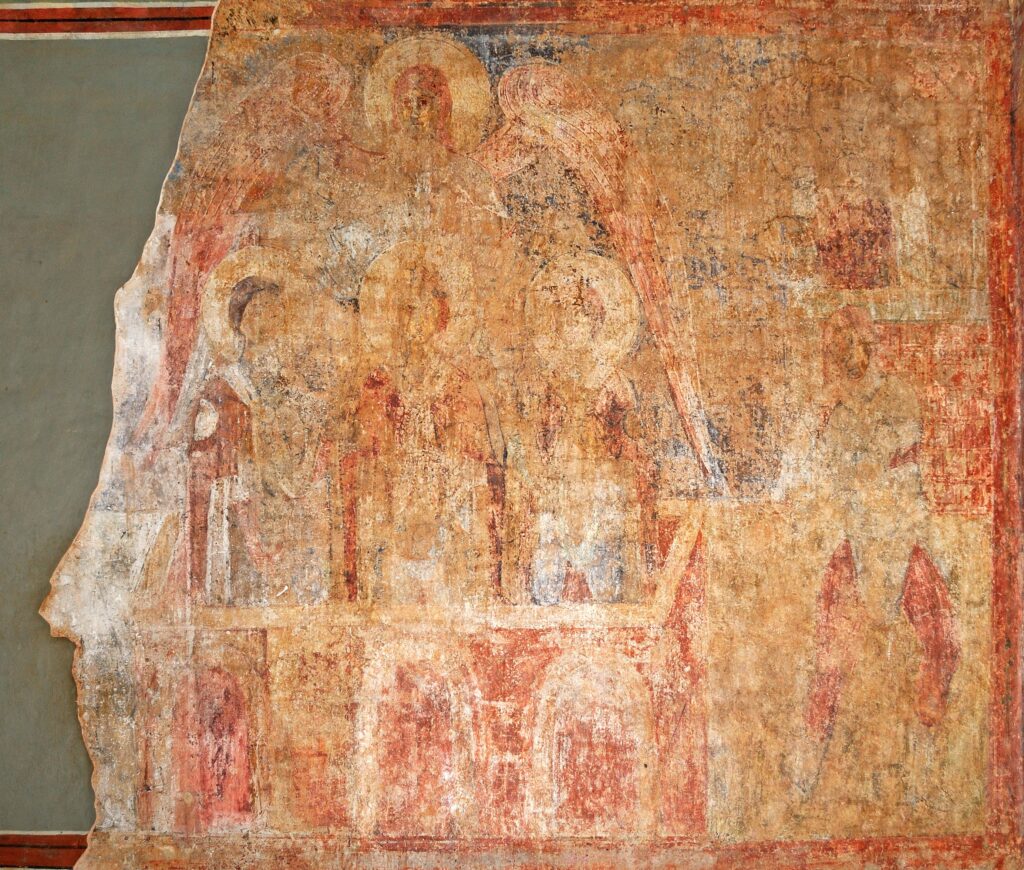