Mosaic portraits and kiot as a gift to “St. Sophia of Kyiv”

Home » news » Mosaic portraits and kiot as a gift to “St. Sophia of Kyiv”

Mosaic portraits and kiot as a gift to “St. Sophia of Kyiv”

On November 18, the St. Sophia Cathedral of the National Conservation Area “St. Sophia of Kyiv” hosted celebrations to present the Reserve with mosaic portraits and carved kiot created by masters with the support of the OLOS group of companies and students of the OLOS Academy.

The solemn event, accompanied by masterful singing of the Ensemble of Soloists “Blahovist”, was opened by the General Director of the National Conservation Area “St. Sophia of Kyiv” Nelia Kukovalska, who in a welcoming speech presented the patronage project “Three Generations of Faithfulness”, which culminated in a presentation of a unique work of art. These are three mosaics, framed by a masterfully carved kiot, made according to authentic samples of the 19th century. Mosaic portraits are dedicated to female images of the dynastic history of Rus-Ukraine: Ingigerd – wife of Grand Duke of Kyiv Yaroslav the Wise, Anna – Princess of Kyiv, daughter of Yaroslav and Ingigerd and Edigna – daughter of Queen Anna Yaroslavna and her husband, King Henry I of France. The mosaics were made by Oleksii Loboda and Zakhar Lukash from the Pivovarov Stained Glass Studio, and kiot was created by a well-known Ukrainian master Oleksandr Zakusylo. The mosaic portrait of Anna Yaroslavna was created based on the lithograph of a French master of the 19th century S.-F. Delpesh, and mosaic portraits of Ingigerd and Edigna are based on paintings by contemporary Ukrainian artist Artur Orlionov.

In a fascinating lecture-presentation, presented by the candidate of historical sciences Olena Yasynetska, the main aspects of the study of the biographies of three prominent women were voiced, emphasis was placed on their Christian values ​​and virtues, charitable activities and church foundations.

Nelia Kukovalska thanked the patrons, authors of the work and all specialists involved in the study, restoration, preservation and promotion of national history. The presentation ceremony was attended by the director of the Gorobets publishing house Hanna Horobets, who presented the OLOS philanthropists with facsimile editions of Volodymyr’s Prayer Book and Gertrude Psalter (Egbert Psalter).

The event was attended by Katja Salsbek, the First Deputy Head of the Swedish Mission to Ukraine. In her speech, Ms. Salsbeck noted in particular that “these three generations of women have made a significant contribution to strengthening ties between Sweden, Ukraine and France, as well as other European countries” and “thanks to research by historians of the National Conservation Area, we hope to shed light on the little-known pages of the biographies of these prominent women and dispel myths about them.”

The event was also attended by Caroline de Poncins, the wife of the Ambassador Extraordinary and Plenipotentiary of France to Ukraine. In her welcome speech, she emphasized the historical role of Anna Yaroslavna for France, noting that her name is still remembered and preserved, in particular, in the abbey of St. Vincent in Sanlis, founded by the Queen.

The museum members of the Conservation Area thanked the representatives of these embassies for their support and suggested new ideas and directions for further cooperation.

The bright end of the event was the grand opening of the kiot and mosaics, which will now be permanently exhibited in the cathedral, in the exhibition hall on the second floor, dedicated to contemporary art. Kiot creators – artists and mosaicists – also addressed the audience.

The touching speech of Tetiana Troian, the founder of OLOS, sounded like a final chord: A few years ago we had a significant acquaintance with Sophia of Kyiv and its heroes… and now every year we come with groups of our students to St. Sophia Cathedral to restore internal contact with our great history, a contact that, unfortunately, was previously lost…

We are firmly convinced that the more original artifacts, historical and cultural monuments there are in Ukraine, the easier it will be to form a nation of people who are internally free and want to change the country for the better.

We hope that for many women the example of Ingigerd, Anna and Edigna will be a great source of inspiration and will give the necessary strength for decisive choices in their lives… This gift is from Ukrainians of today, in memory of Ukrainians of the past, for Ukrainians of the future!” 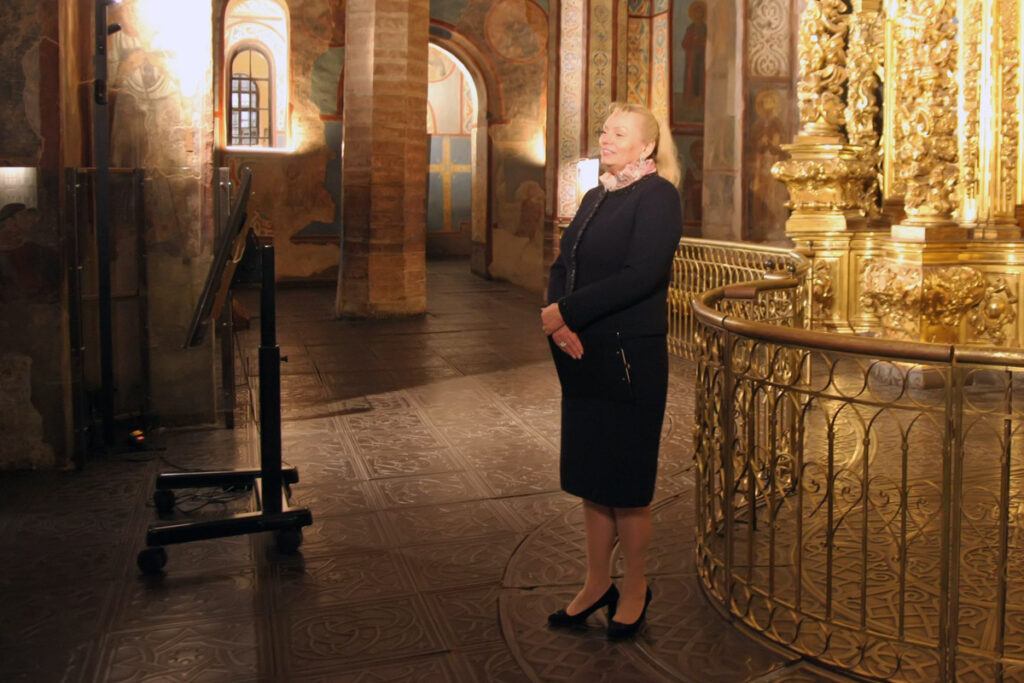 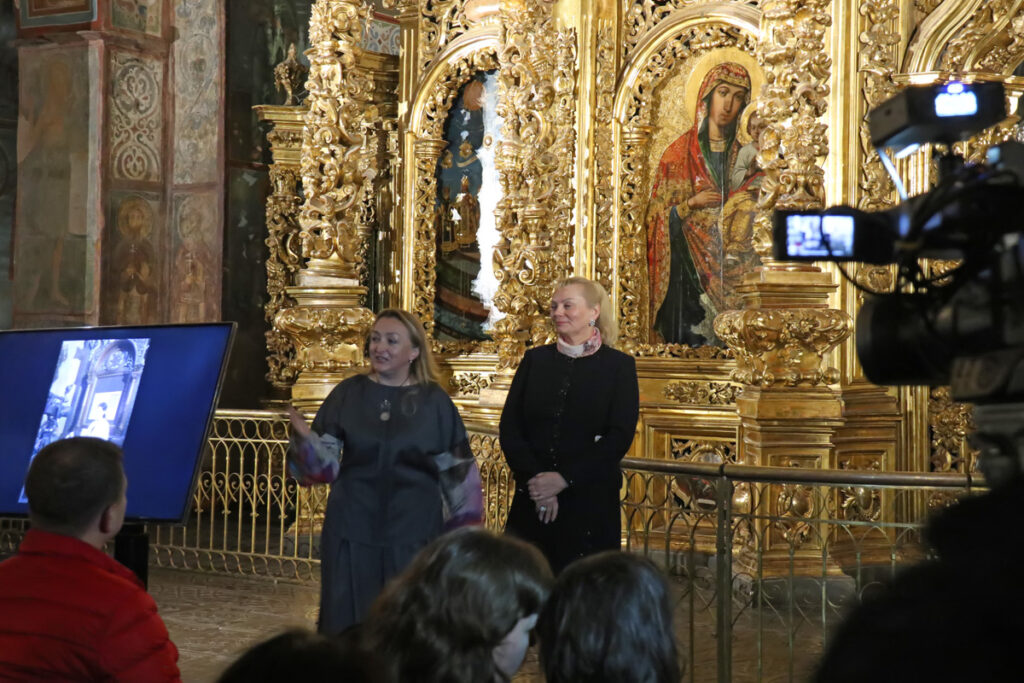 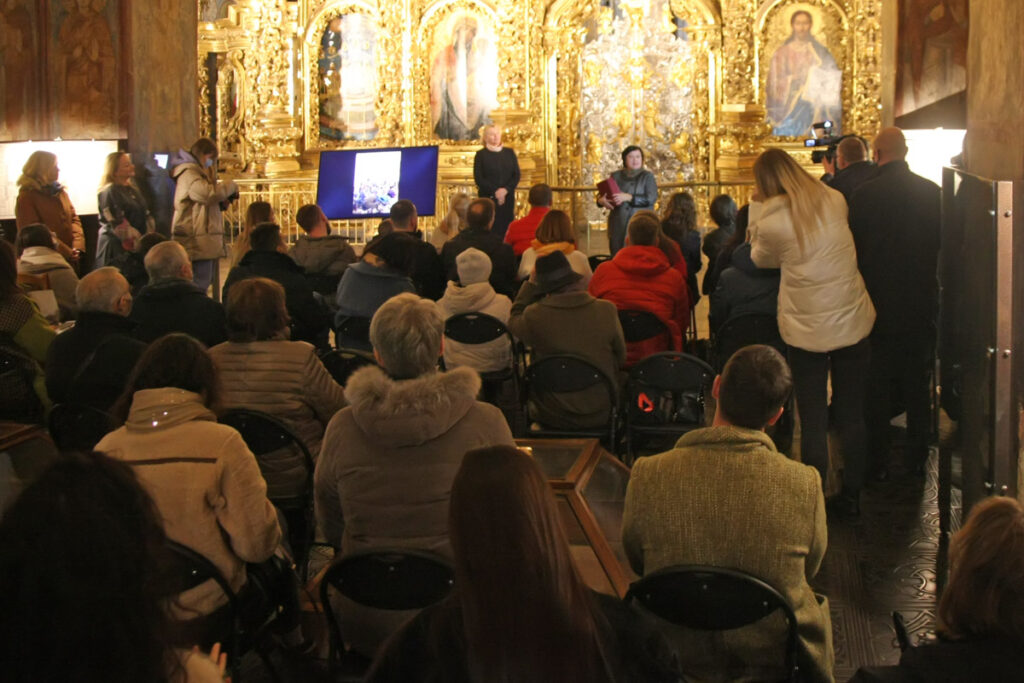 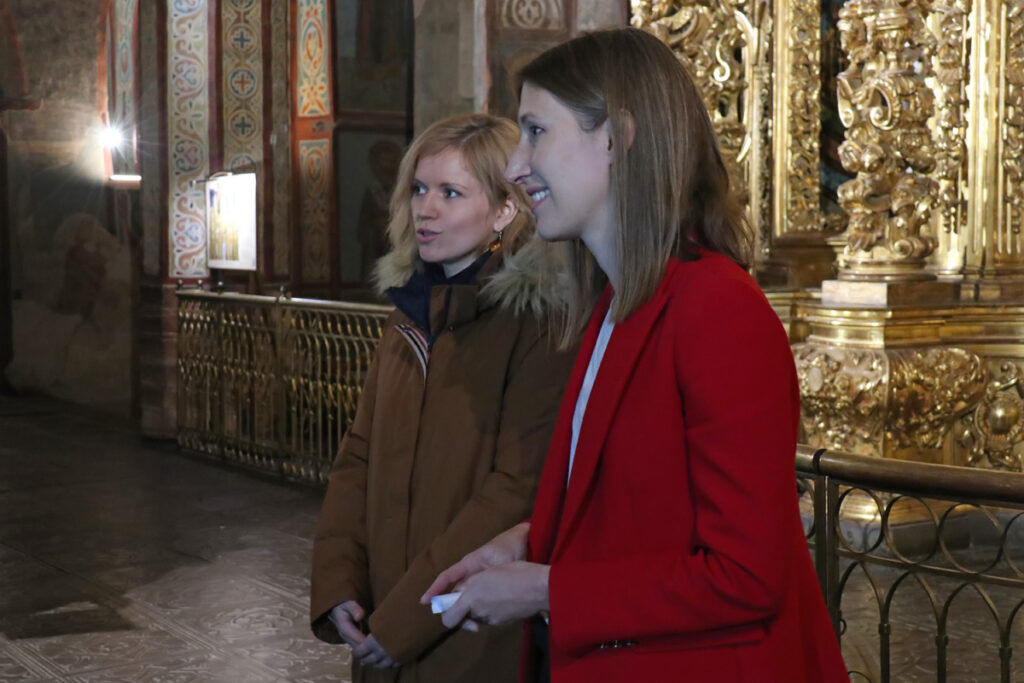 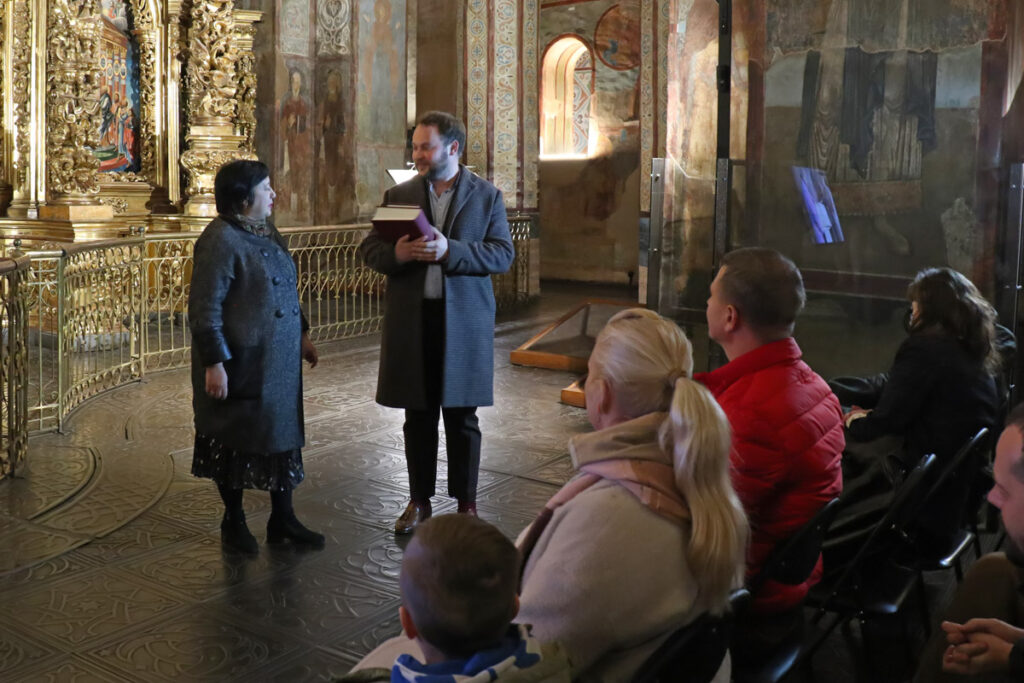 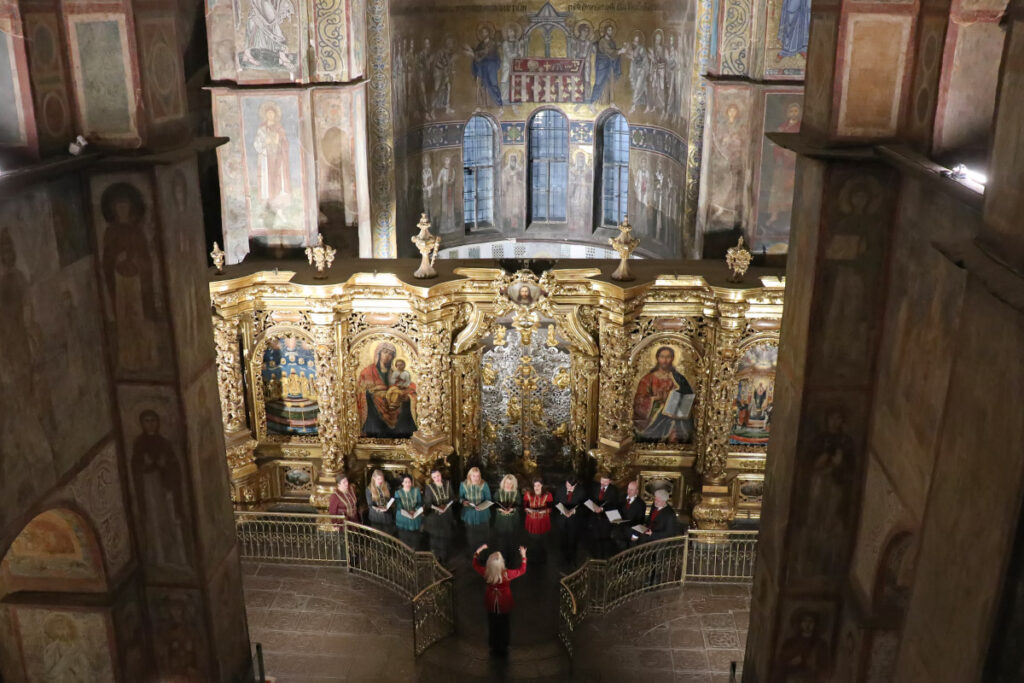