Today we will mention the names of people who are involved in the history of the Sophia Monastery. Over time, they are forgotten, and we bring them back from oblivion.

Studying the history of the Metropolitan’s House of Sophia, a document was found with the names of workers who went to another world while in obedience to the Kyiv Metropolitan. This document is a report from the Economic Board of the Bishops’ House to the Metropolitan, it stated the names of the workers who in the opinion of the board should be dismissed, also stated the reason for expulsion from the state, and at the moment asked to accept new persons.

The names of ordinary employees of the Metropolitan’s House were not often included in the documents. Sometimes this is the only reference to their existence in the case of the dismissal and admission of staff members.

In a report dated February 29, 1788, it was mentioned, among others, that in 1787, Philip Kravchenko, a resident of the Shulyavka settlement (now a part of Kyiv near the Povitroflotsky Bridge) died. At that time, near this settlement, the Metropolitan of Kyiv had a country cottage.

There is more information about the other deceased employee of the home. The report of November 25, 1792 mentions a native of the settlement of Plosko (now Brovarsky district, Kyiv region) kitchener Ivan Chutenko. He died at the beginning of 1792 and at the time in November of that year, no one had taken his place. Ivan worked in the metropolitan kitchen, which has not been preserved to this day, but at the end of the 18th century it was a separate building on the territory of the Sophia Courtyard. Its outlines can be seen in the plan of architect A.I. Melensky, the original of which is now on display in the exhibition hall of the Metropolitan’s Residence Museum.

Researchers of the reserve continue to study documents of 18-19th centuries. It will allow you to recover more than one name from oblivion, to find out more about how ordinary residents of the Sophia court lived. 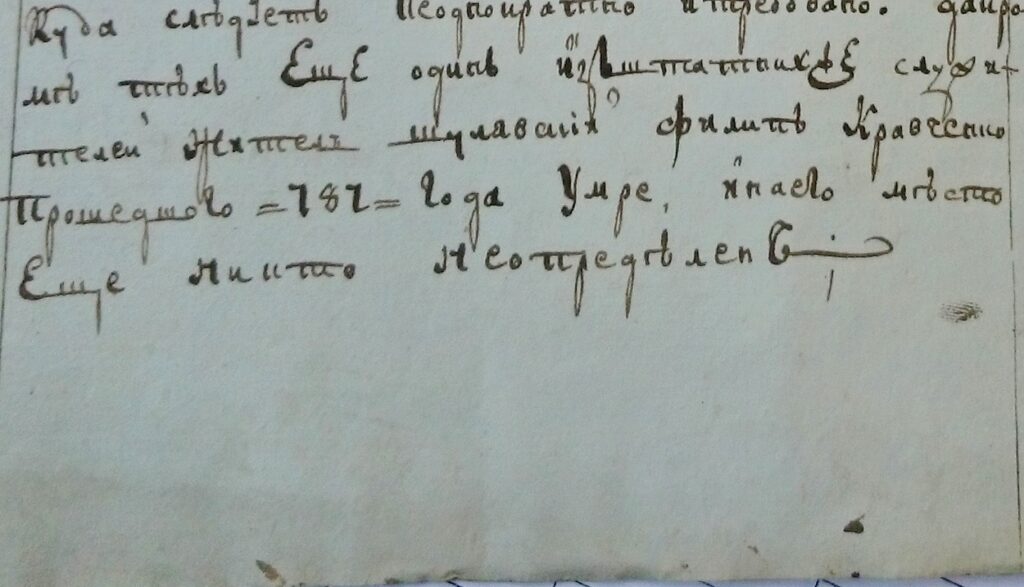 Fragment of the report of the Economic Board. CDIA of Ukraine, p.127, op. 182, cf. 28, According to the report of the House of His Eminence, the Hierarch of the economy, Hieromonk Raphail, on the movement of some peasants due to disobedience from the nearest lands. 1788. 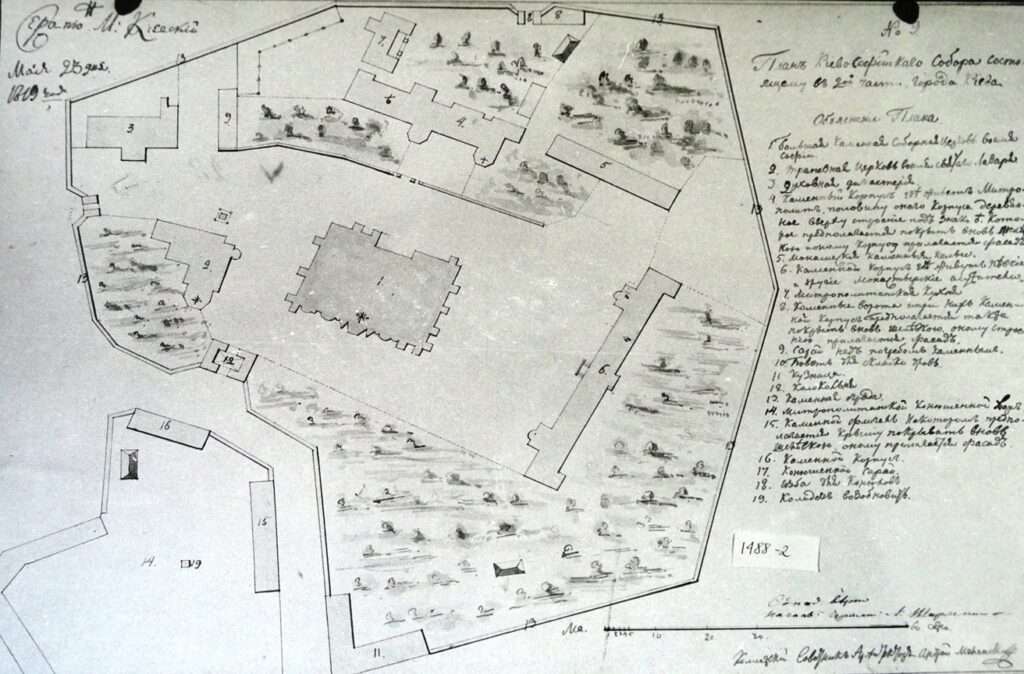 The author is Denys Borysov