St. Sophia Cathedral in Kyiv is one of the most prominent buildings in ancient Kiev. During its thousand years existence, it has witnessed many events in the history of the Ukrainian people and has undergone many damage and alterations. Because of this, the appearance of the building reached our time in the modified baroque dressing of the late 17th – early 18th centuries.

Scientists were interested to find out where and how they made the building material for the first stone structures, which technique was used to erect the walls of buildings, how Sophia of Kyiv looked like in antiquity, and, finally, what reconstructions it underwent.

To determine the technique of masonry walls, their decoration by the time they were plastered (it is believed that at first the walls of the temple were not plastered), to find out the time of construction and reconstruction of individual parts of the cathedral, in the first quarter of the 20th century. I. Morgylevsky used the method of research with the help of probing, when the cleared from the layer of plaster section of the wall opens its masonry. Therewith its secrets are revealed. The decryption of these secrets is the purpose of a special historical and architectural study in the Reserve.

Thus, on the east facade of Sophia of Kyiv (Photo 1), we see a number of probs (that is, cleared from the layer of plaster wall section). We can see the ancient masonry walls on them (Photo 2), which consists of rows of natural stone and rows of bricks (plinths). Also, sections of walls are opened by the probes, which clearly indicate the later openings, annexes of small apses to the external and internal galleries, etc.

And the fragments of the southern (Photo 3) and northern (Photo 4) facades we can see hidden under a later layer of plaster columns and the paintings on them (Photo 5).

In the interior, we can also use the probing method to find out a lot of interesting things.

For example, the eastern transverse wall of the north exterior gallery, after removing from the wall part of the plaster layer, presents an entablature and a pediment with decoration above the arched opening (appositely, expanded later). (Photo 6) And on the south wall above the floor of the extreme eastern articulation of the northern outer gallery we see an ancient fresco painting, opened from a layer of plaster. (Photo 7) 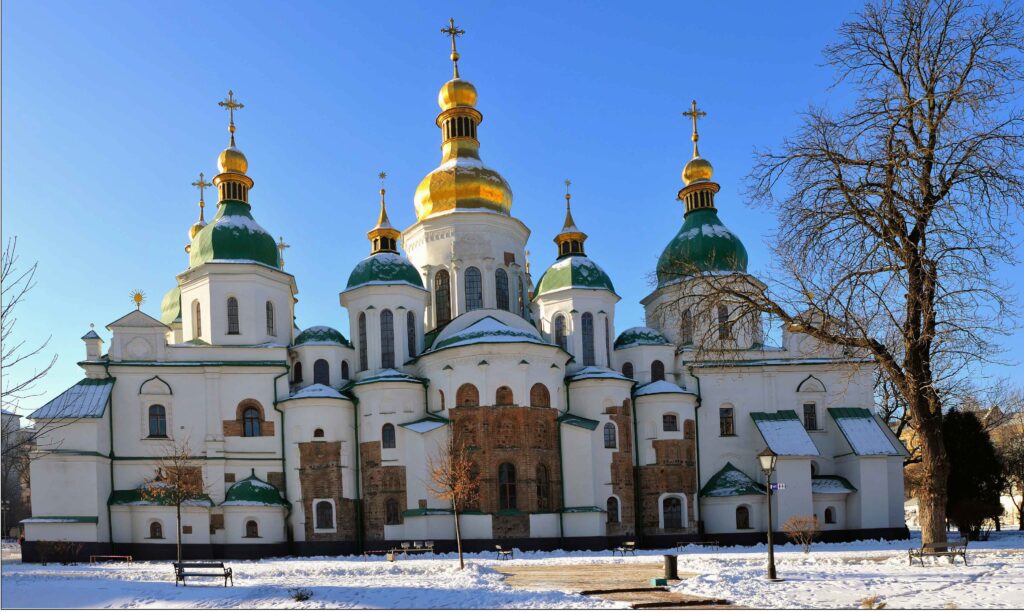 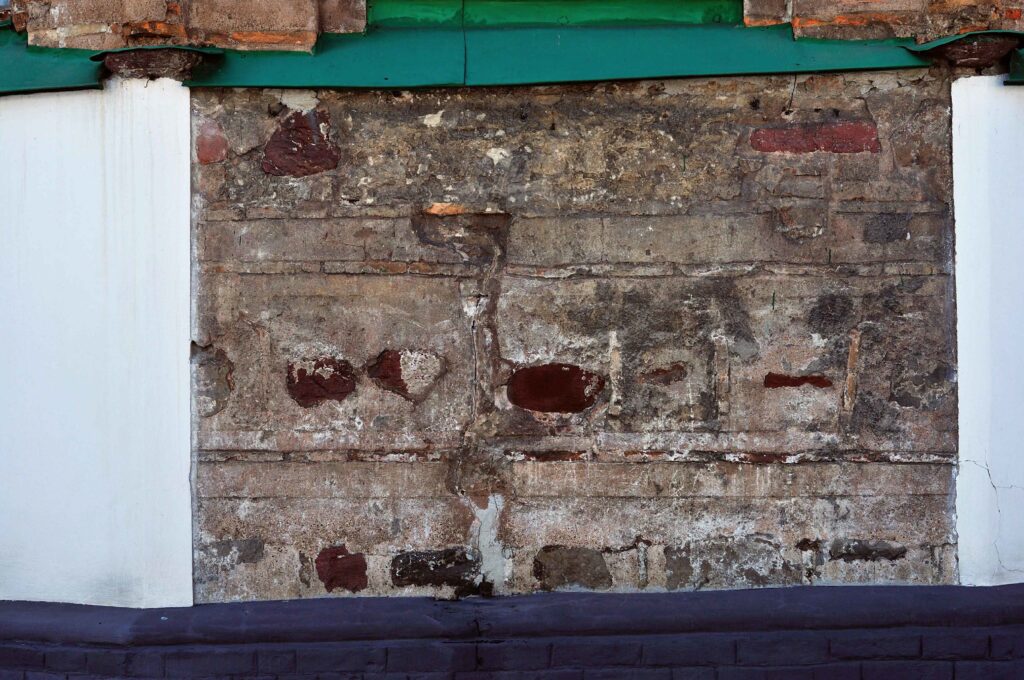 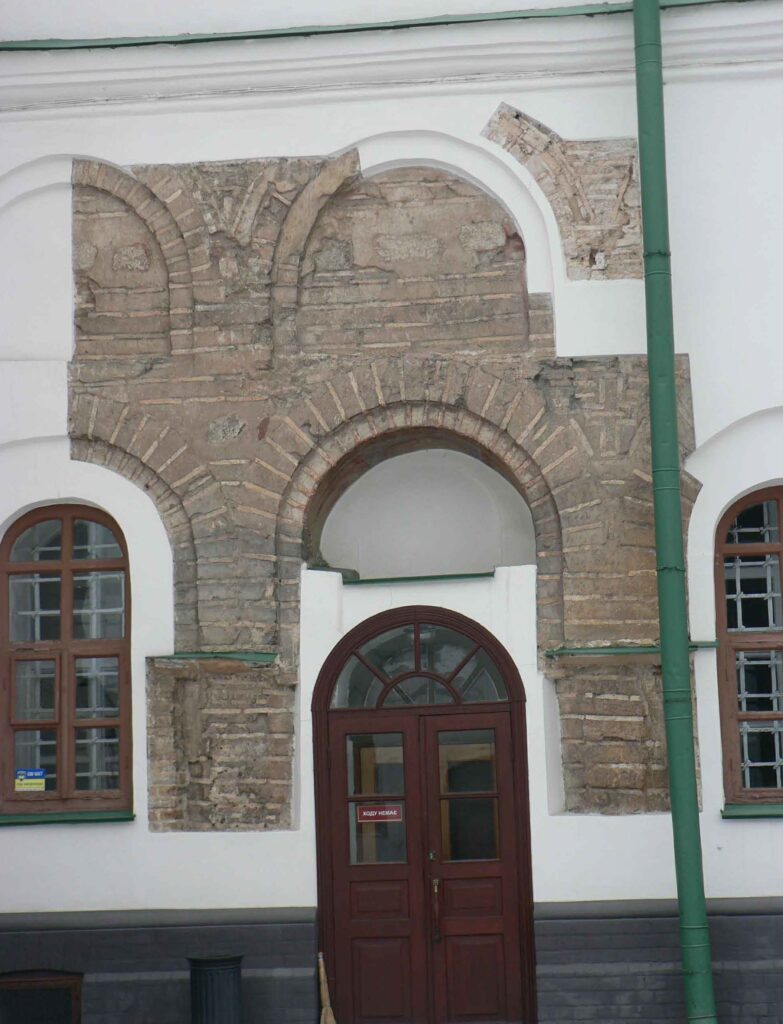 Photo 3. Sophia of Kyiv. Fragment of the southern facade with the entrance to the cathedral. Photo 2020 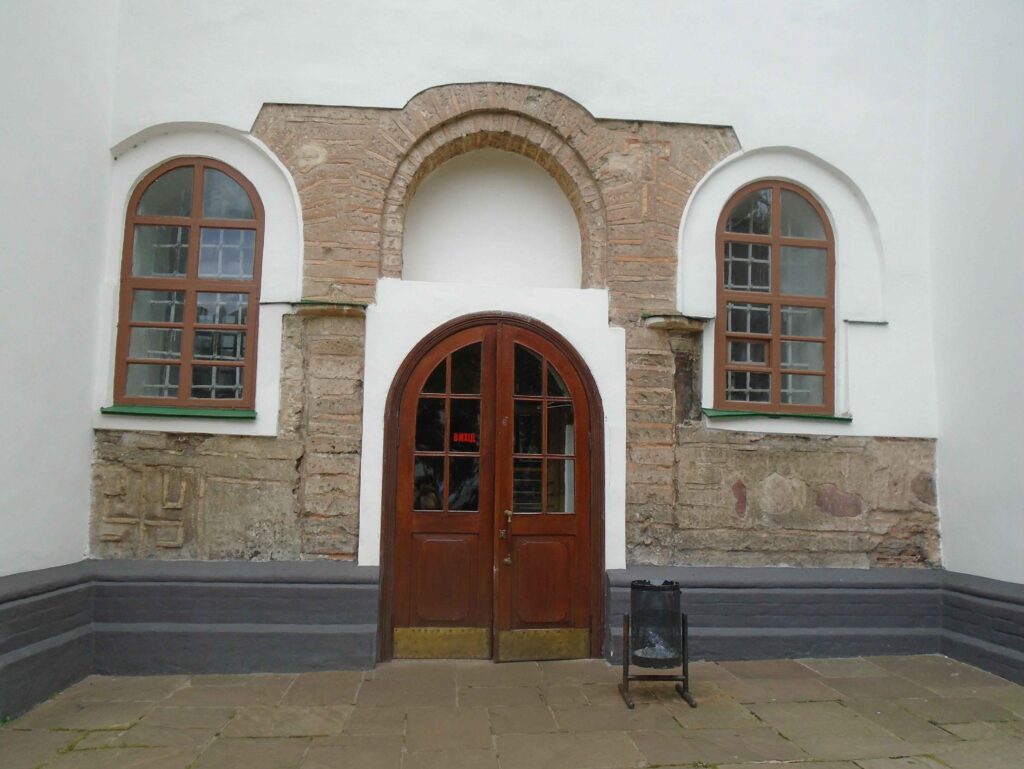 Photo 4. Sophia of Kyiv. Fragment of the northern facade with the entrance to the cathedral. Photo 2020 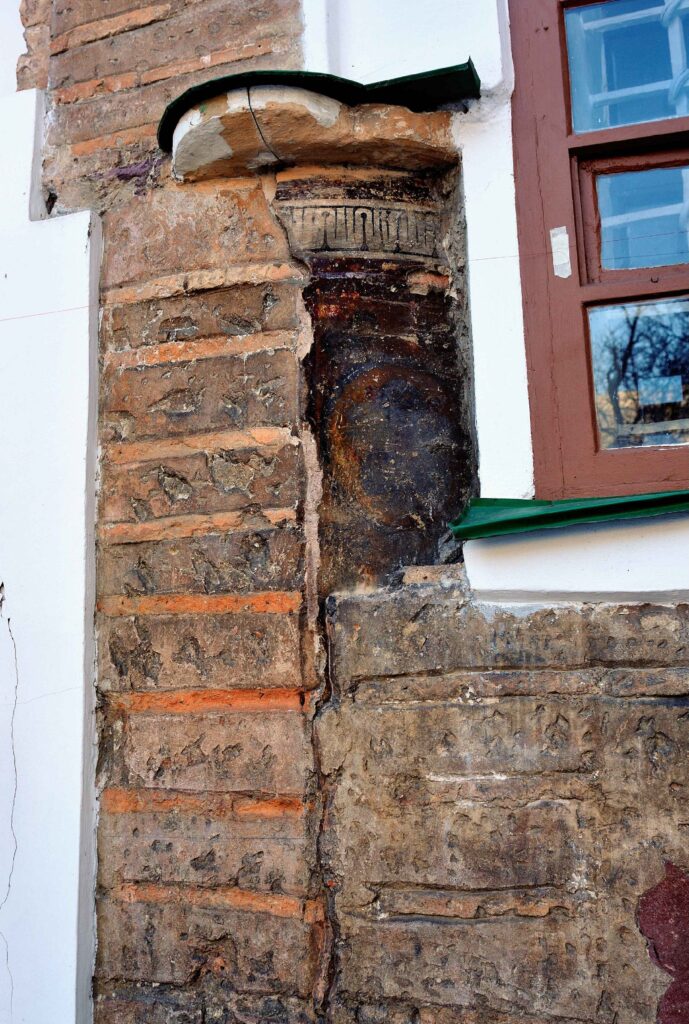 Photo 5. Sophia of Kyiv. Fragment of the northern facade of the ancient column found under the layer of plaster. Photo 2020 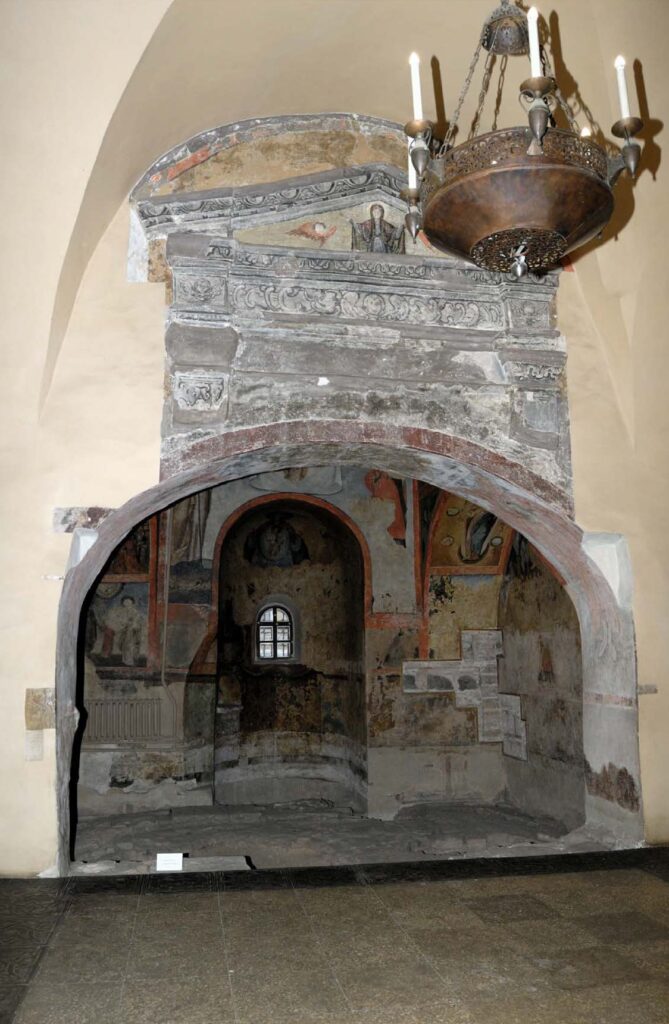 Photo 6. Sophia of Kyiv. The eastern transverse wall of the north exterior gallery with an arch opening and decorative wall decoration above it. Photo 2020 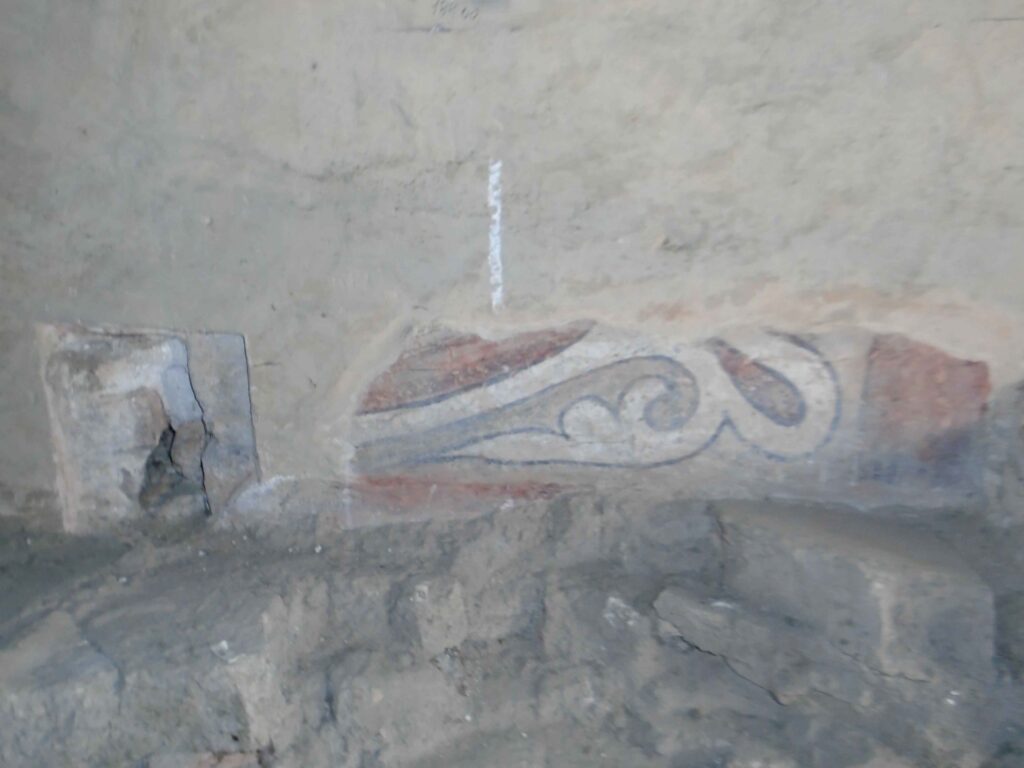 Photo 7. Sophia of Kyiv. Fresco painting on the south wall of the far east division of the northern outer gallery. Photo 2020