How a portrait of a princely family became the image of the holy martyrs Sophia, Faith, Hope and Love

Home » news » How a portrait of a princely family became the image of the holy martyrs Sophia, Faith, Hope and Love

How a portrait of a princely family became the image of the holy martyrs Sophia, Faith, Hope and Love

Preserved on the south wall of the central nave of Sophia of Kyiv famous four secular figures have suffered significant damage during the thousand years of existence. Not very good state of preservation has caused a lot of versions to appear regarding the attribution of the characters of this composition.

The large group princely portrait originally occupied all three walls of the central nave of the cathedral. The western wall is not preserved, the last two figures survived on the north. Only the design of the south wall remained completely, however, with significant losses of the paint layer.

In the eighteenth century it was here that the composition of the Fourth Ecumenical Councill was painted with oil paints in Baroque style. In the mid-nineteenth century, during the restoration of F. Solntsev from 1843 to 1853, the Baroque paintings were removed. Four damaged figures in rich princely clothing were revealed. Academician F. Solntsev copied these images.

The images of the martyrs Sophia, Faith, Hope and Love were painted on the top of the open figures, following their outlines. This gave rise to the ruthless criticism of the manager and executors of these works, to accuse them of inattention, incompetence, unprofessionalism.

Why did such a transformation take place?

According to the November 30, 1832 Holy Synod decree No. 11 557, which declared the will of the emperor, it was not allowed to have any images in the churches except the holy images. This is how martyrs appear instead of portraits of the prince’s children. Images of Sts. Joachim and Anne over the elastic arches of the central dome, covering two emblems.

Replacement of the plot on the wall of the central nave happened with the official permission or even the request. The album “Antiquities of the Russian State” includes drawings-copies of both variants, initial and renewed, which is not a technical mistake, both marked with one number.

In the 20th century the images of the holy martyrs were removed, revealing the original fresco. According to the first version of characters attribution, due to the influence of the deleted images, these four figures were defined as the female part of the prince’s family.

According to the concept of Doctor of Historical Sciences Nadiya Nikitenko, here are fresco images of the sons of Volodymyr the Great and the wife of one of them in the following sequence: Yaroslav, Borys, Boris’s wife, Glib.

The author is Tamara Ryasnaya 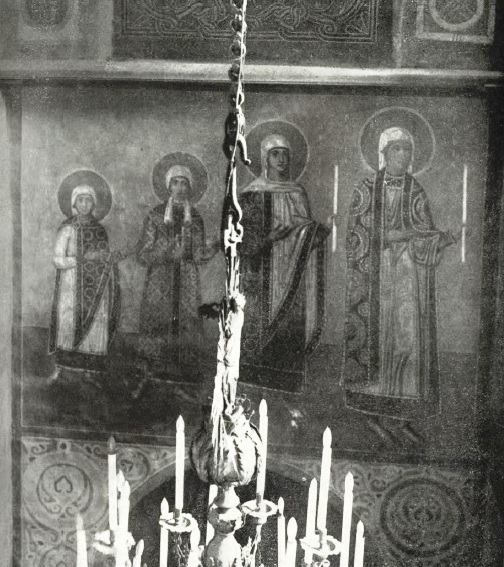 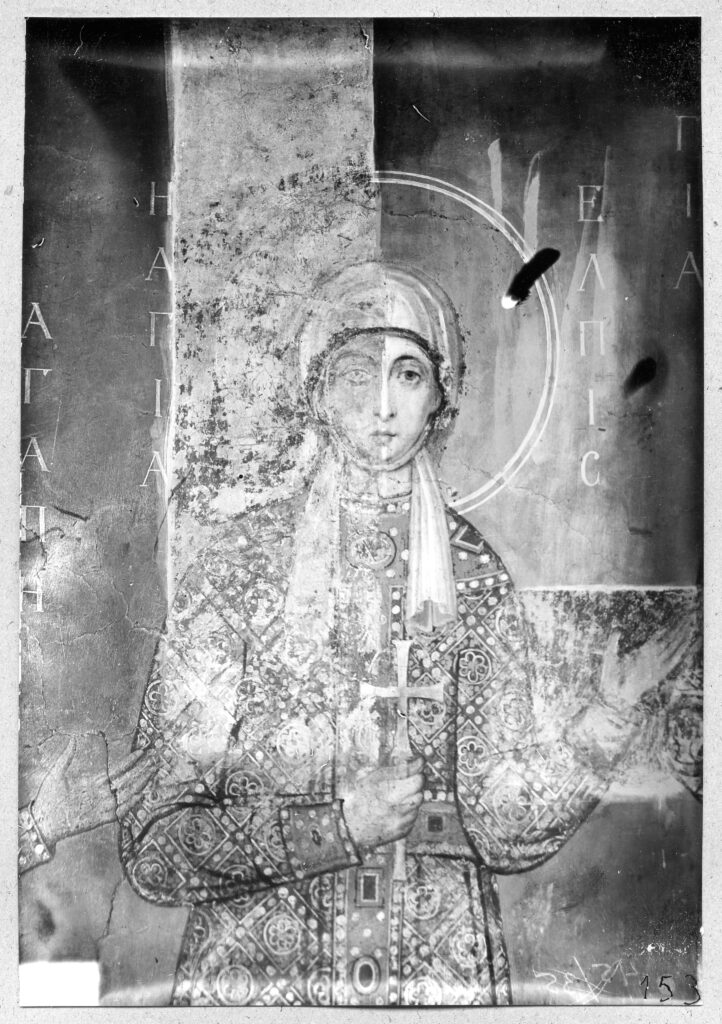 The process of the murals opening. 1935 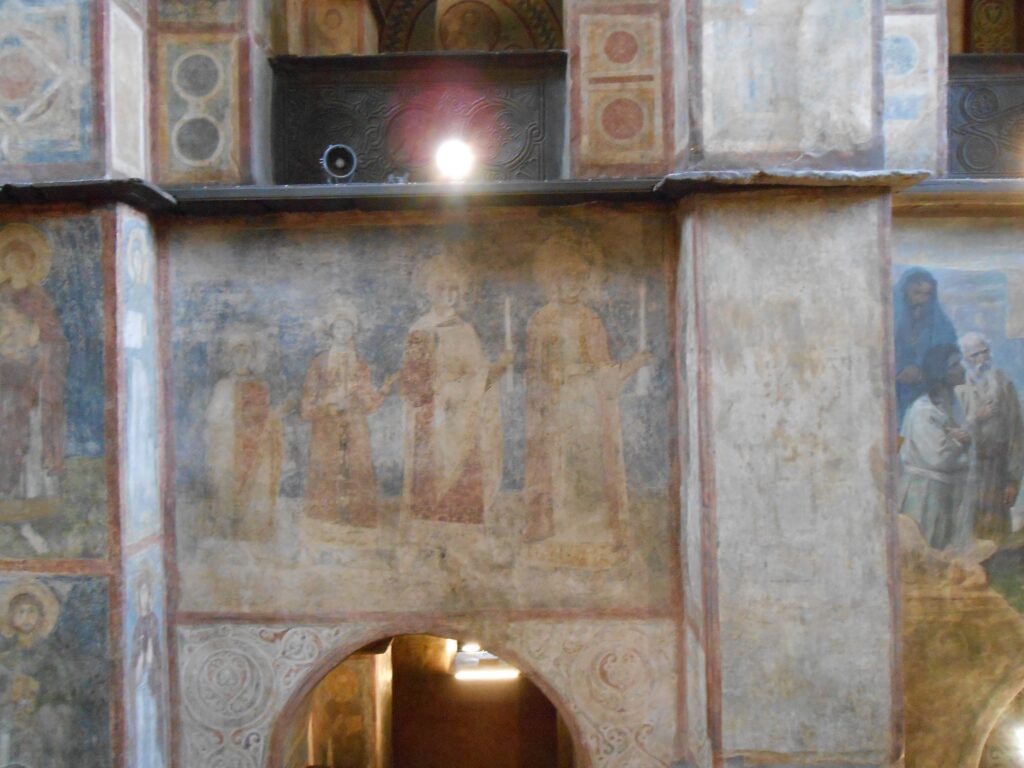