Among the many characters of St. Sophia of Kyiv there is a wonderful image of the holy martyr Anastasia Putorozrishnytsa, a wise and beautiful virgin whose name in Greek means “Resurrection”. Its image originated with the cathedral itself, 1000 years ago, when Christianity was accepted in Rus-Ukraine, which was perceived as the resurrection of the people with Christ. She was given such a significant name in baptism because she resurrected spiritually in the holy font. The Holy Martyr Anastasia suffered for Christ during the persecution of Christians under Emperor Diocletian (284-305). Anastasia was born in Rome, in the family of a senator. The father was a pagan and the mother a crypto-Christian. After the death of his wife, her father espoused Anastasia to the pagan Publius, but under the pretext of a fictitious illness she maintained her virginity. Although the man bullied her and often beat her. Publius was particularly angry when a maid told him that Anastasia often dressed in needy and visited prisons, where she fed, treated, even redeemed prisoners who suffered for their faith in Christ. She was famous for her gift of healing, so the Byzantines called this Holy Healer (Pharmacolitria). After the death of her husband, St. Anastasia was no longer in hiding, could safely spend the inherited capital to help the poor and needy. She baptized people, served prisoners, healed the sick, buried the dead, strengthened the feat of the living. For the salvation of people from spiritual destruction and for helping prisoners, our ancestors called her Anastasia Putorozrishnytsa, that is, one who allowed, freed from the bonds of despair, fear and helplessness. Anastasia was martyred in Sirmium (Serbia) for her faith: after torture she was stretched over a fire between four pillars. But her holy body was not damaged by fire. It was transferred to Constantinople, and later to Rome, from where its relics spread throughout Europe. According to tradition, a portion of her relics may have been laid in the foundations or walls of St. Sophia of Kyiv. St. Anastasia is mentioned in the most ancient books in the Sophia library – the Reims and the Ostromyr Gospels. In our nation, she is one of the most celebrated holy women. In the Eastern Slavic tradition, it is believed that she helps women to get rid of the “fetters of pregnancy,” and in general, throughout the Christian world, she has become the patron saint of doctors. Today, as never before, we glorify the holy healer and turn to her with the words of the hymn in her honor: “The martyr of the Resurrection, the martyr of Christ, pray to God to save our souls.”

The author is Nadiya Nikitenko 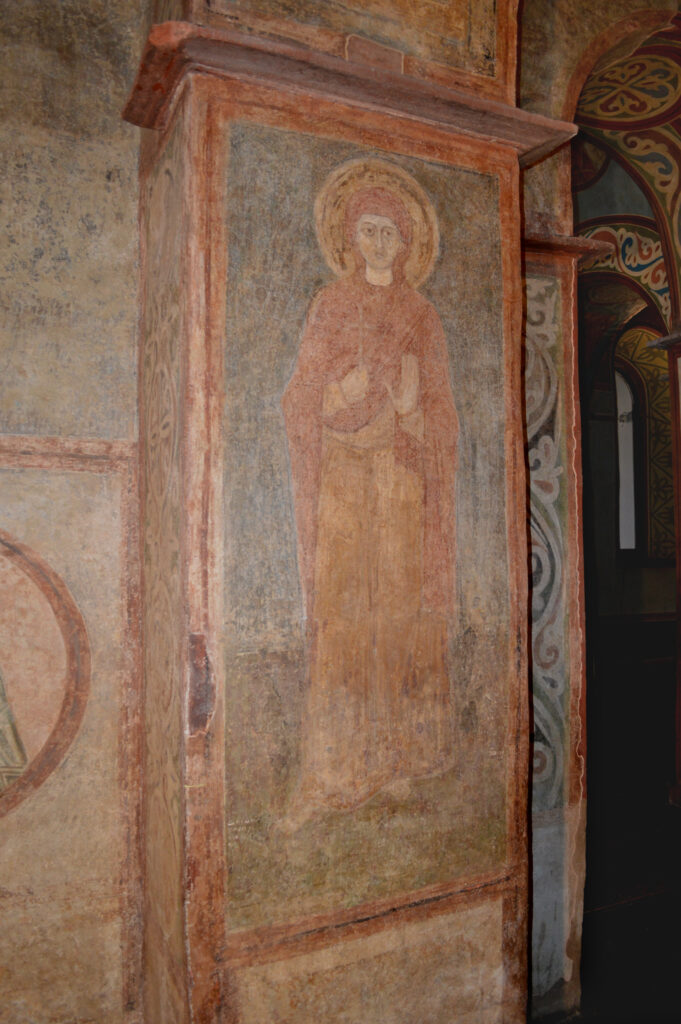