Fakes in the history of the study of the Church of St. Cyril

Home » news » Fakes in the history of the study of the Church of St. Cyril

Fakes in the history of the study of the Church of St. Cyril

The path to establishing scientific truth often lies through erroneous hypotheses and statements. This was the case in the history of the study of the Church of St. Cyril. The question of the dedication of the church in honor of St. Cyril has troubled scholars of all ages and has given rise to various explanations, which sometimes struck by their extravagance.

Unlikely but interesting versions of historians have been forgotten. Thus, the scientist M. Berlinsky suggested that the name of the Cyril’s Church “… comes from someone, who contributed most to the restoration of the monastery, named Cyril…”.

The historian M. Sementovsky put forward an incredible hypothesis: “At the end of the 11th or the beginning of the 12th century, a monk Kyrylo dug a cave cell in the depths of a hill named Kyrylivsky. It is probable that his holy life attracted the pious attention of Kyivans to himself and to his place, which led to the construction of a church in the name of St. Cyril on this place. The construction of a modern five-domed stone church was carried out by Vsevolod II Olhovich. ”

The probability of Sementovsky’s assumptions was questioned by Kyiv researcher M. Zakrevsky: “This is a completely new fact in the history of Kyiv and obviously the author’s personal invention, as no one has heard or read anything like it so far. The author only has to prove the truth of his story to be believed. ”

These fakes were put to an end by Kyiv scholars of the 1860s and 1870s: E. Kryzhanovsky, O. Azletsky, and others. who established that the name of the temple is associated with the throne arranged in the temple in honor of St. Cyril of Alexandria, the heavenly patron of Vsevolod II, the founder of the temple. 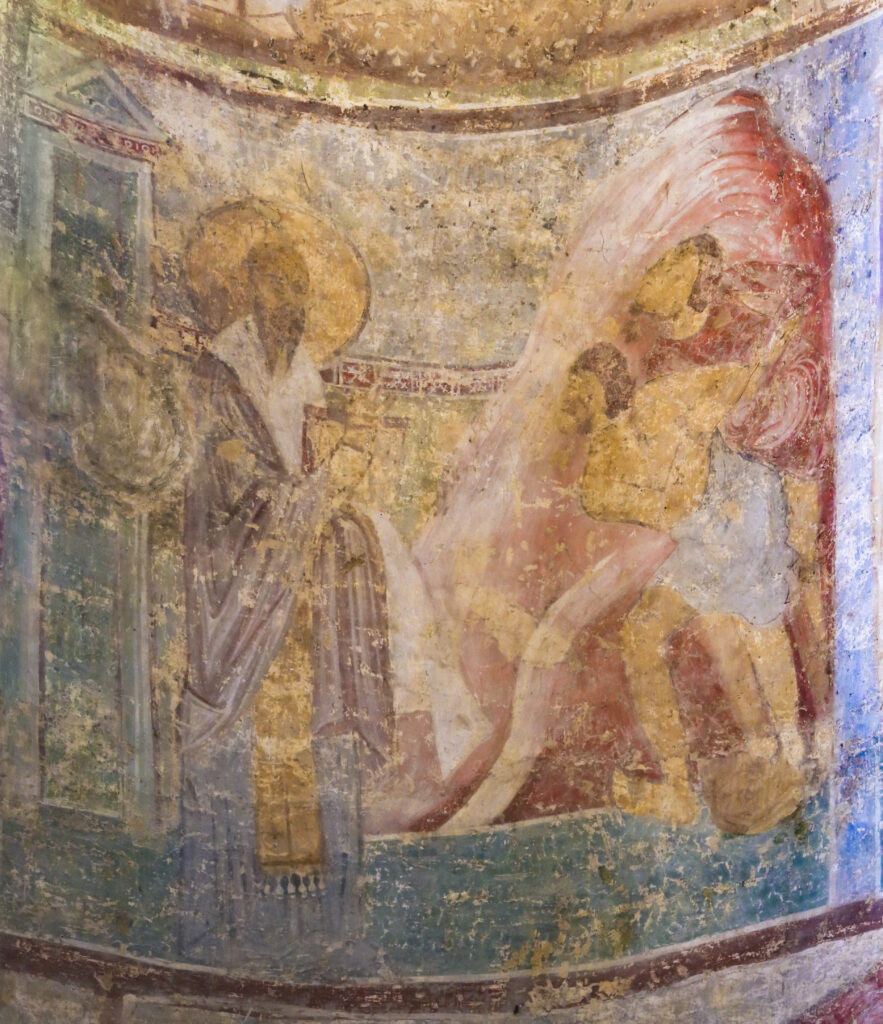