October 28, 2021 a representative International Scientific Conference “Armenian Church Centers of Ukraine in Historical Perspective: to the 30th Anniversary of the Restoration of the Canonical Activity of the Armenian Apostolic Church in the Lands of Ukraine” was held on the basis of the National Conservation Area “St. Sophia of Kyiv”.

The conference was organized by the Lviv National Academy of Arts, the National Conservation Area “St. Sophia of Kyiv”, the Union of Armenians of Ukraine, the Ukrainian Association of Religious Studies, and the Ukrainian Diocese of the Armenian Apostolic Church.

The participants of the forum were greeted by: Bishop Markos, Head of the Ukrainian Eparchy of the Armenian Apostolic Church in Ukraine, Volodymyr Karapetian, Ambassador of Armenia to Ukraine, and Nelia Kukovalska, Director General of the National Conservation Area “St. Sophia of Kyiv”.

The event was attended by scientists from France, Germany, the Czech Republic, Armenia, researchers from the National Conservation Area. The joint report of well-known religious scholars Ph.D. Professor Anatolii Kolodnyi and Ph.D. Professor Liudmyla Fylypovych “Armenian Apostolic Church in the Modern Religious Landscape of Ukraine” was interesting and relevant. Among the first were the reports of scientists of the Conservation Area, doctor of historical sciences Viacheslav Kornienko “Armenian inscriptions of Sophia of Kyiv: results of research in 2006-2020”, doctor of historical sciences, Professor Nadiia Nikitenko “Princess Anna Porphyrogenita on the frescoes of Sophia of Kyiv”, candidate of historical sciences Iryna Marholina “Sons of Anna Porphyrogenita Borys and Hlib in the paintings of the St. Cyril’s Church in Kyiv”.

An important addition to the historical information about the Armenian Diaspora in Ukraine was the report of the candidate of philosophical sciences, Associate Professor of Art Management Department of the Lviv National Academy of Arts, Iryna Haiuk.

As part of the event, on the second floor of the House of the Metropolitan of the National Conservation Area “St. Sophia of Kyiv”, an interesting exhibition “Armenian Church in Ukraine: History and Modernity” was organized and solemnly opened, curated by Iryna Haiuk. 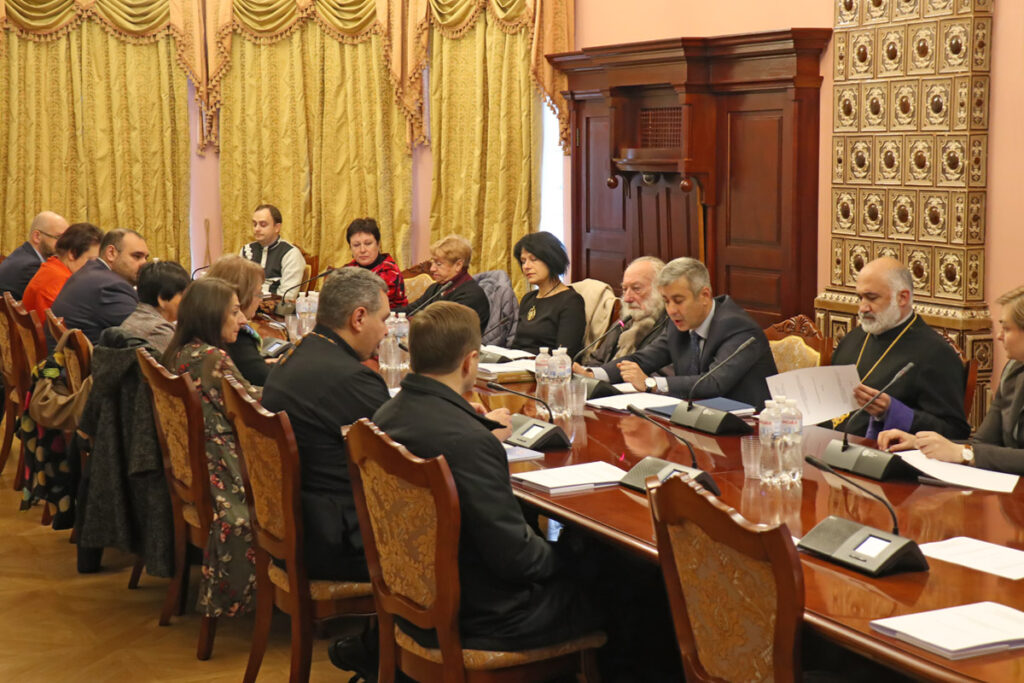 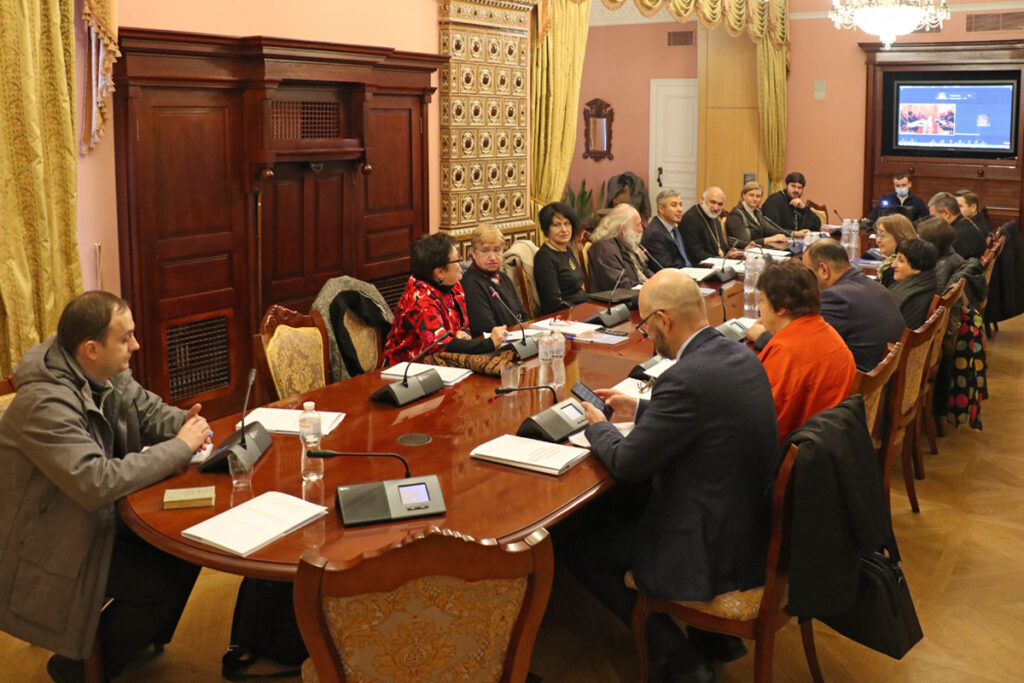 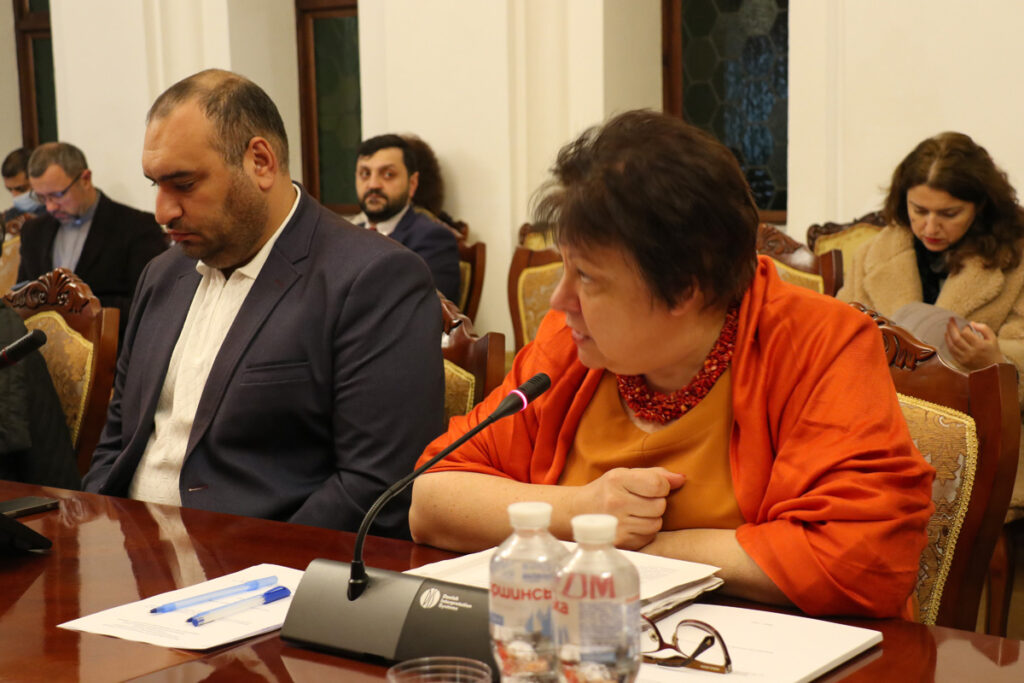 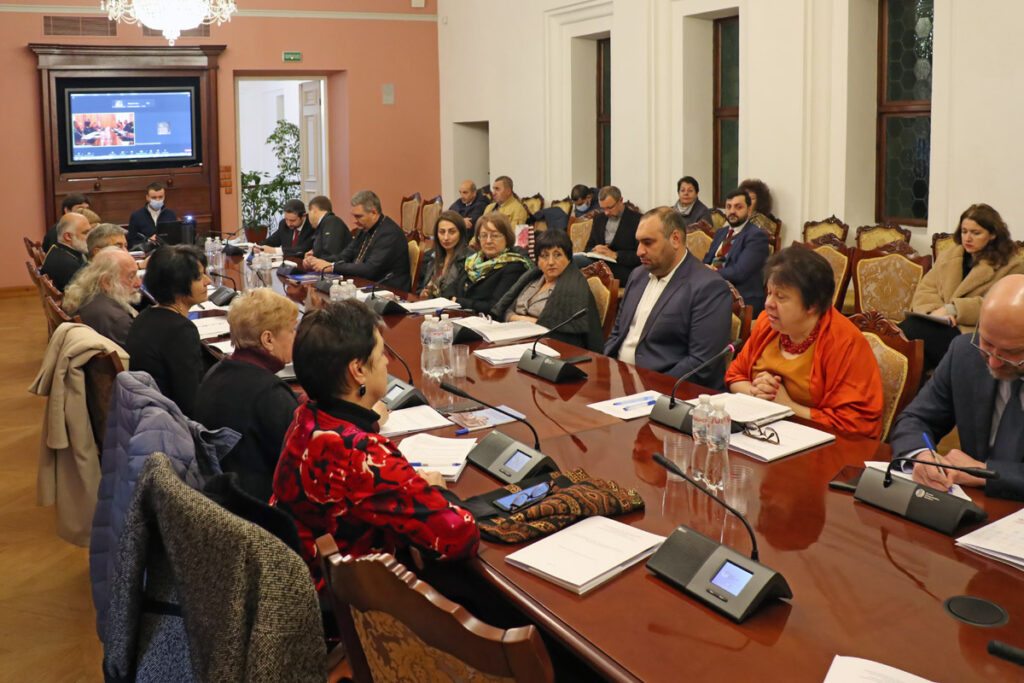 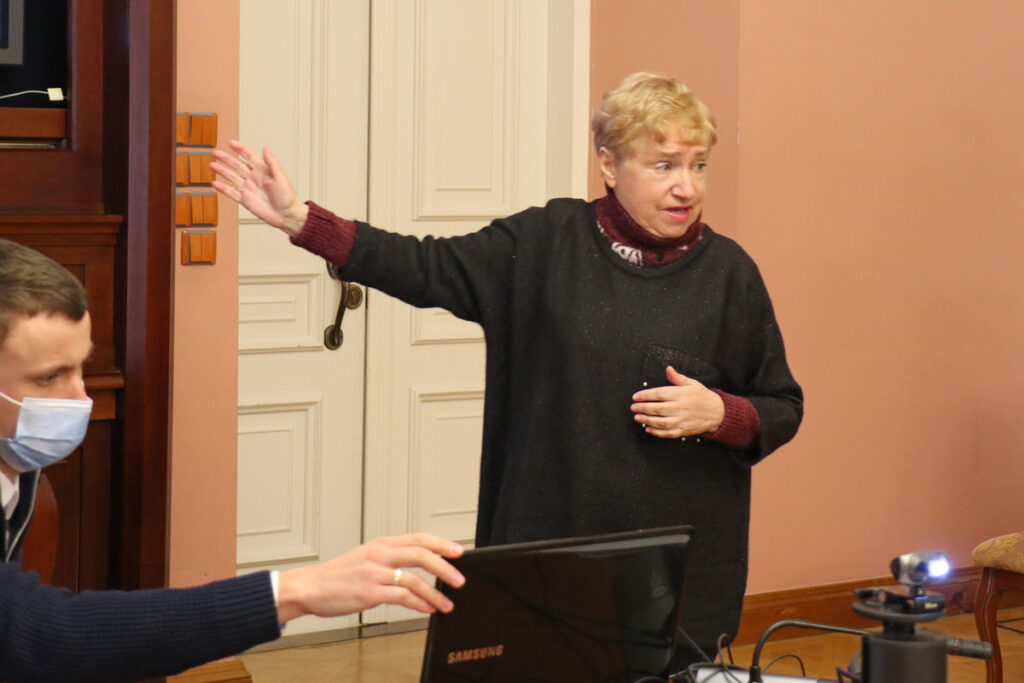 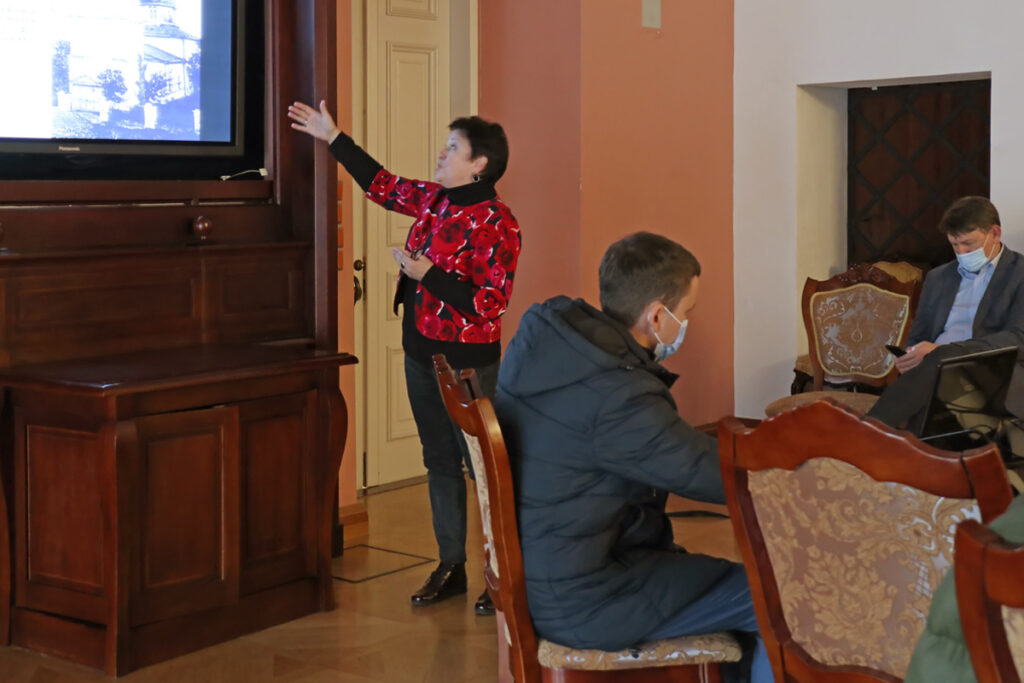 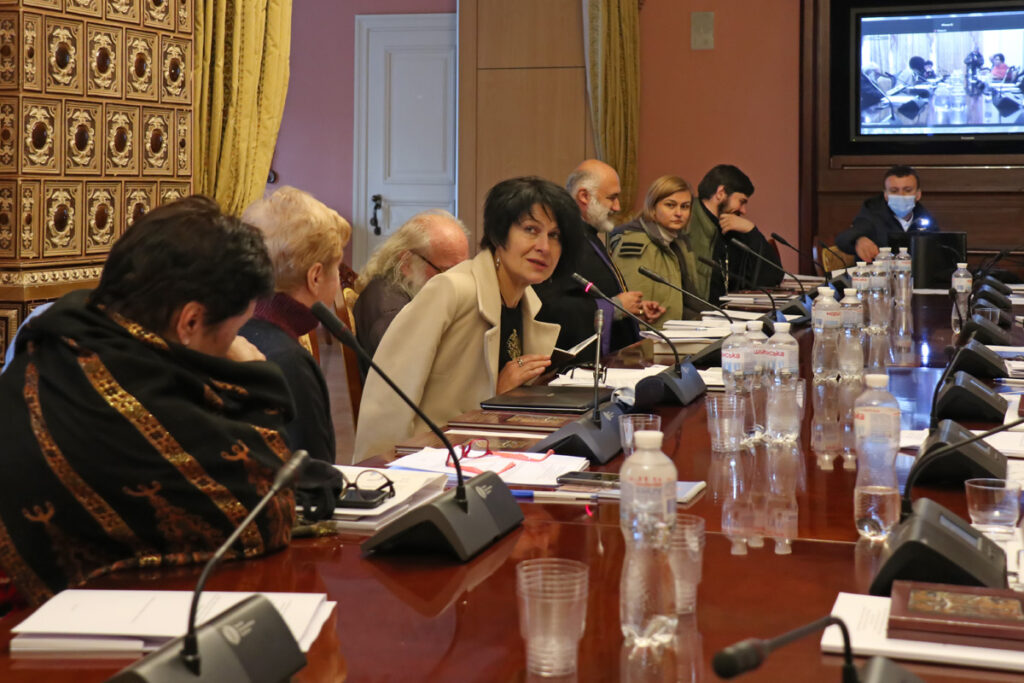 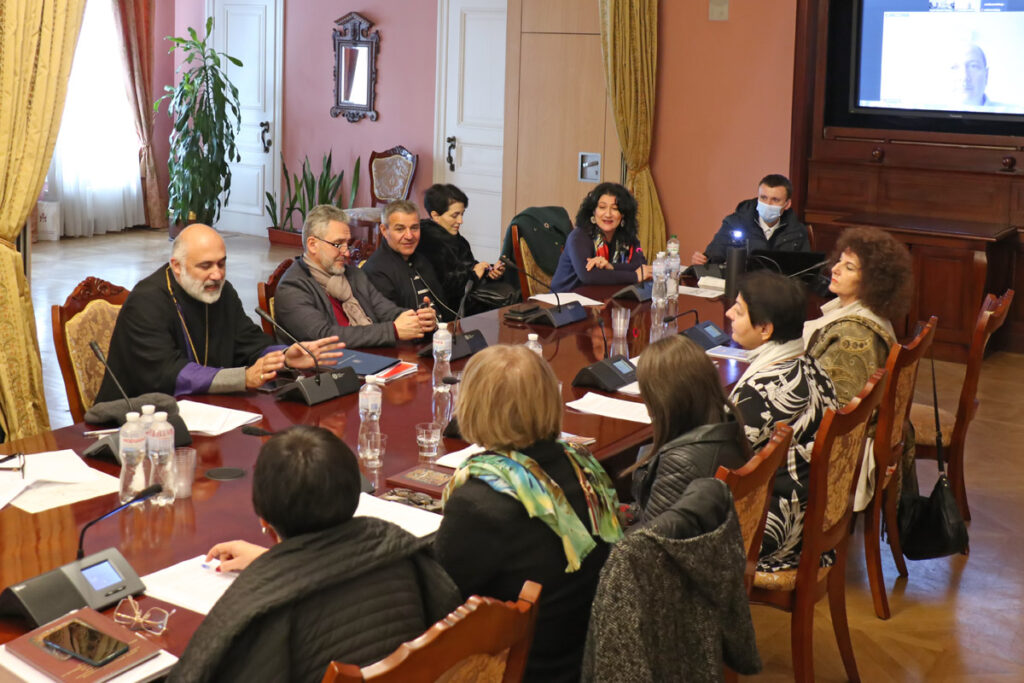