A unique 3D hologram of the real face of Yaroslav the Wise has been installed in St. Sophia Cathedral

Home » Monuments reveal: from scientific works of employees » A unique 3D hologram of the real face of Yaroslav the Wise has been installed in St. Sophia Cathedral

A unique 3D hologram of the real face of Yaroslav the Wise has been installed in St. Sophia Cathedral

On March 4, 2021, a presentation of a prism with a 3D hologram of the real face of Yaroslav the Wise took place in the St. Sophia Cathedral of the National Conservation Area “St. Sophia of Kyiv”. This unique design is made on request in Denmark and has no analogues in Ukraine. It was purchased for the Conservation Area by the ”Interchem” pharmaceutical company headed by the general director Anatolii Reder. This is not the first patronage contribution of this company for Sophia of Kyiv. Last year, together with the “Darnytsia” pharmaceutical company and with the support of the Zagoriy Foundation, they purchased an innovative BioDry system for the cathedral and related monastic buildings to naturally revive the proper moisture level of the foundation and walls.

The real face of Yaroslav the Wise was recreated within the framework of the 1 + 1 TV channel project “Ukraine. The return of its history” in 2017 (authors – Akim Halimov, Ruslan Sharipov; director – Dariia Sarycheva). The face was reconstructed by the method of historical and forensic examination on the basis of a skull model belonging to Yaroslav the Wise. The authors of the reconstruction are art expert Yurii Shatailo and forensic expert Andrii Pereidenko.

It is worth noting that the reconstruction of the real face of Yaroslav the Wise is radically different from the image created in Soviet times – similar to the Russian tsars.

Taking this opportunity, the Conservation Area team would like to once again thank “Interchem” and personally the general director Anatolii Reder for a significant patronage contribution to the preservation and memorialize of our cultural heritage. We hope that many more interesting joint projects are waiting for us ahead!

Oleksandr Tkachenko, Minister of Culture and Information Policy of Ukraine:

“Seeing what Yaroslav the Wise really looked like is not just a unique opportunity. This is an important event in terms of historical context and raising the issue of national identity. This is not about the Soviet portrait, which equated the Kyiv prince to the Russian tsars, but about the most realistic reproduced model of the face, designed on the basis of scientific facts and research. The figure of the prince is important for the prosperity and formation of Kyivan Rus as a strong state and its recognition at the international level. That is why Ukrainians and the world need to know what our heroes really looked like. It is also symbolic that the 3D images will be shown in “Sophia of Kyiv”, which was built on the initiative of Yaroslav the Wise.“

“I am sincerely glad that our cooperation with the pharmaceutical company “Interchem” led by Anatolii Reder is gaining momentum! Earlier, with the help of the latest technologies, we began to “treat” St. Sophia, and now we are expanding the horizons of cooperation – with the help of IT technologies we will return to the Ukrainian nation the true history, which is its indicator. And it is very important that it is based on scientific sources.

The 3D hologram of the real face of Yaroslav the Wise is only the first step to the true history, which can shed light on certain historical facts, in particular on the appearance of our ancestors of that time. As an example, the Kyivan princes did not wear long beards, which was typical for the image of Russian tsars, but their mustaches were long! But beards were being so to say added to our princes and they are still being added!

So, once again, I would like to thank the “Interchem” team and personally its leader Anatolii Reder, and I hope that this is just the beginning of our common important mission!”

“During the implementation of our previous project to drain the walls of St. Sophia Cathedral, I learned many little-known, but fascinating, historical facts. Among other things, it was about the vicissitudes of the reproduction of the face of Yaroslav the Wise in Soviet times and recent historical explorations, which allowed to visualize the authentic features of the prince. An idea appeared then to make sure that the real Yaroslav could be seen by everyone, and his extraordinary history, which still continues, was known not only by scientists, but by anyone interested in the history of the country.

We searched for a long time for equipment that would meet our goal, and found it all the way in Denmark. Now, with a 3D projector unique for Ukraine, the prince’s story comes to life, and with it, something great comes to life inside each of us. We at “Interchem” are glad that we were able to join and present such an interesting construction to the Conservation Area. After all, this section of Ukrainian history is extremely important for understanding the longevity of our culture, understanding our own roots and conscious self-identification. It is impressive, fascinating and encouraging to learn more. To be proud of the past, to defend the present and be confident in the future – this is the purpose of this installation!” 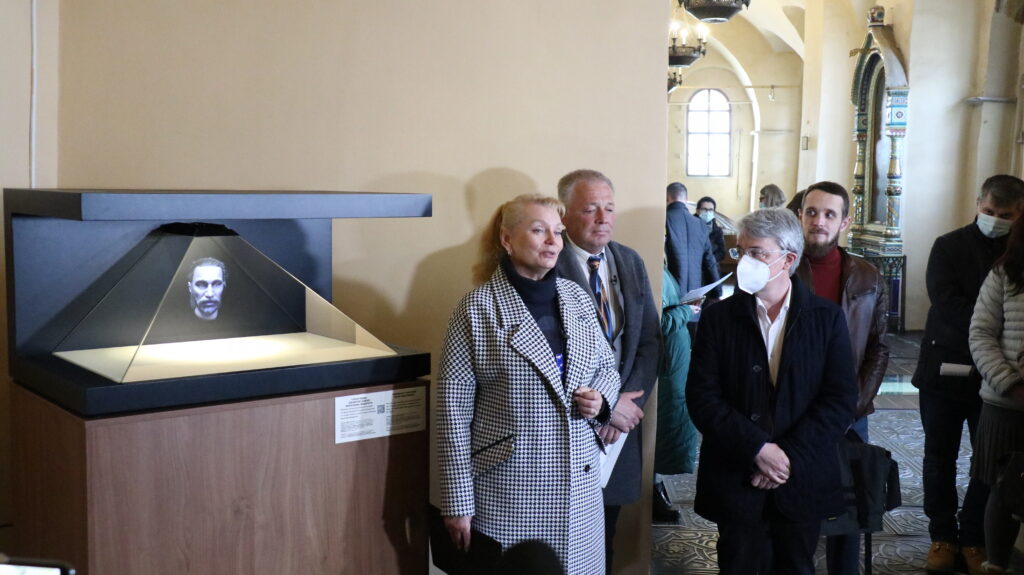 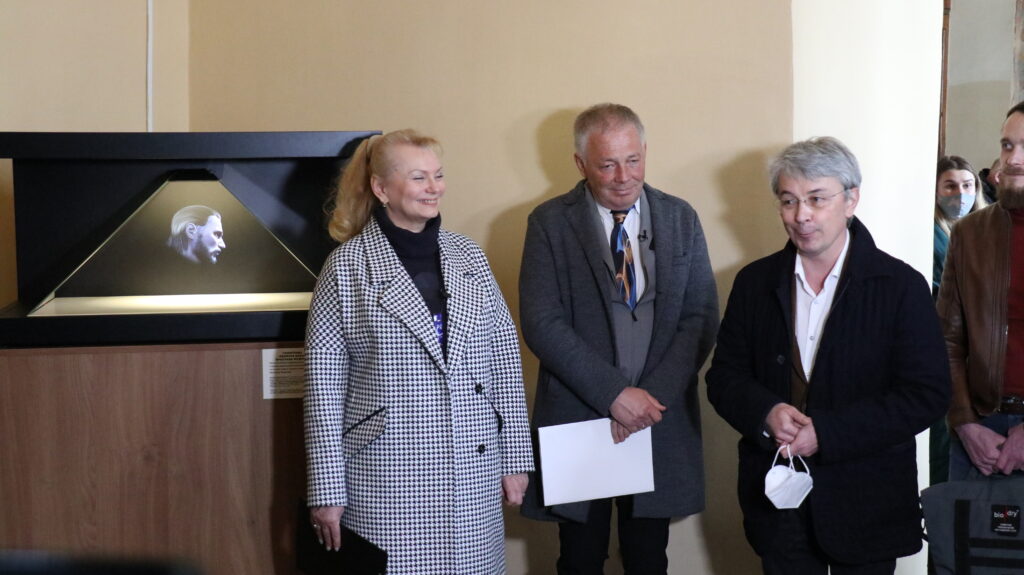 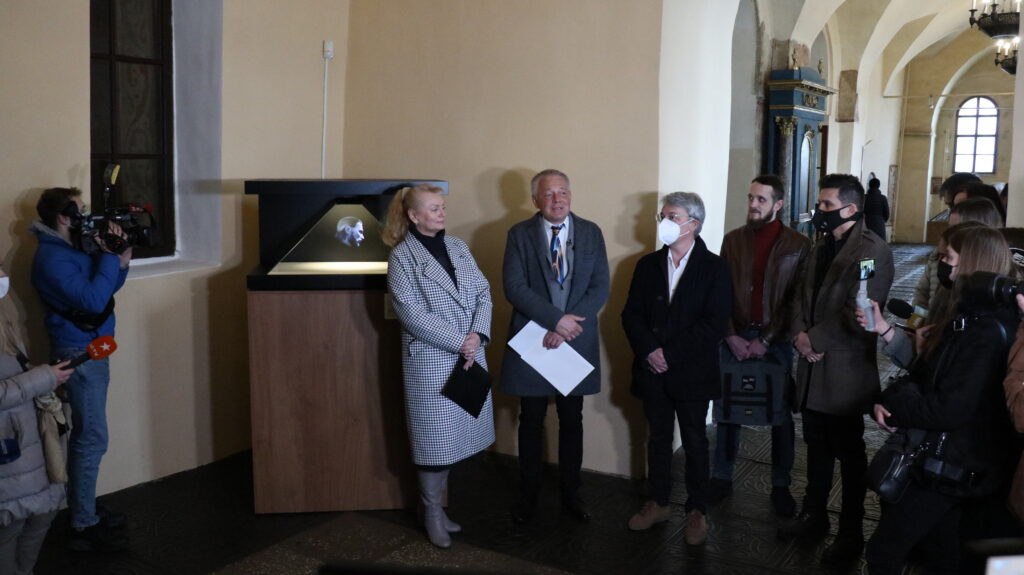 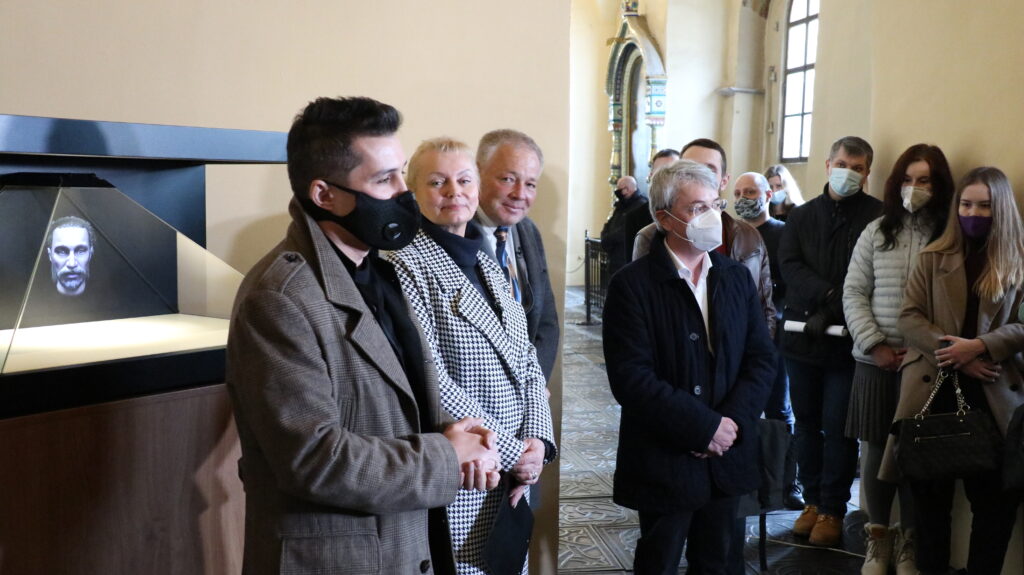 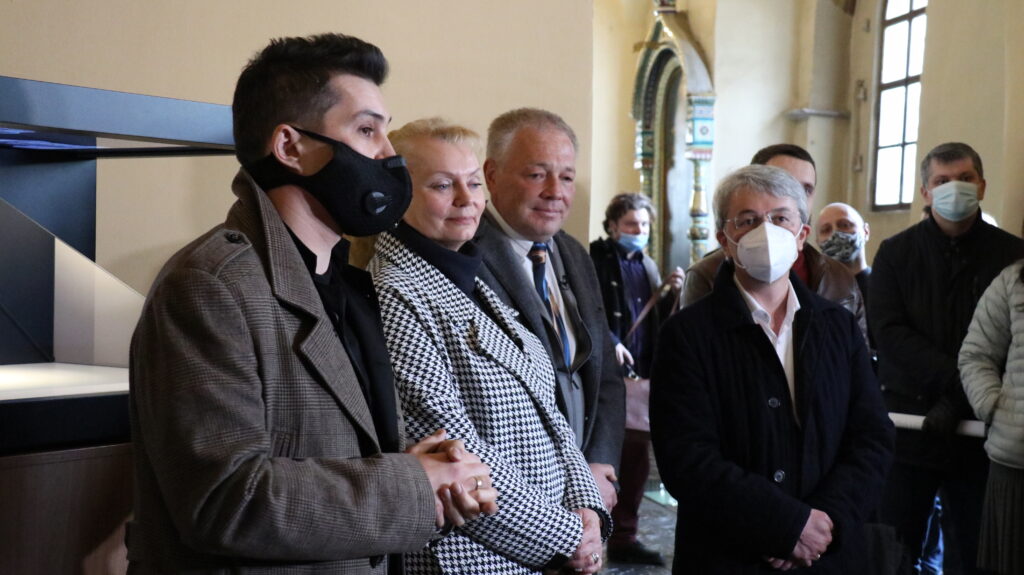 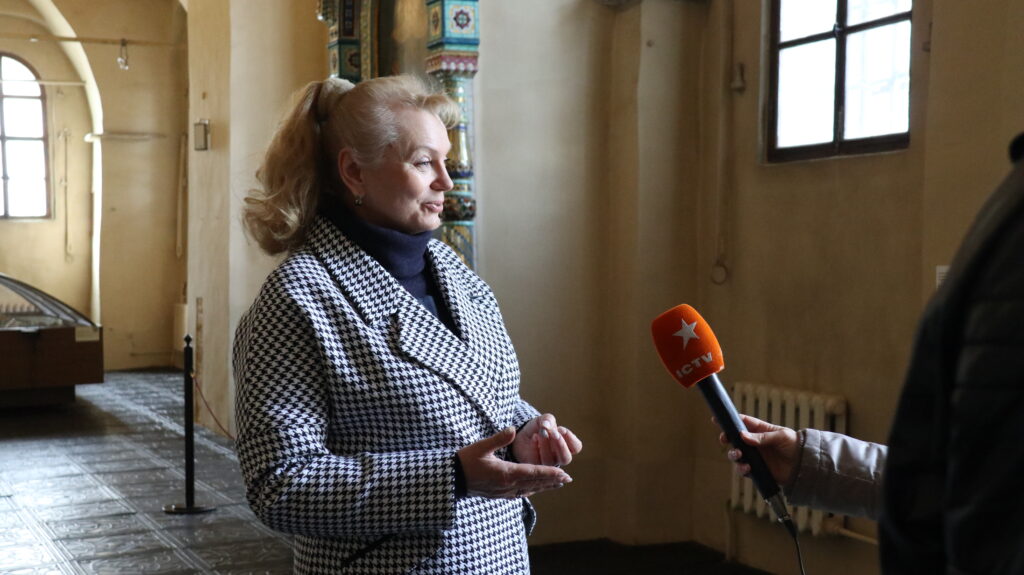 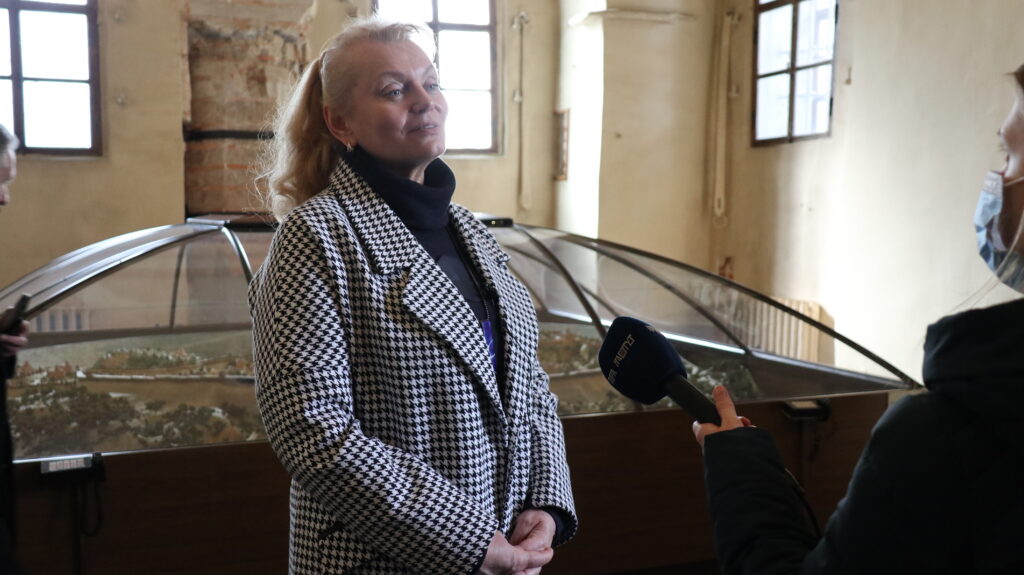