Among the picturesque cohort of the holy warriors of St. Cyril’s church in Kyiv, there is an image of the holy warrior Theodore Tyron the Martyr. He is sometimes compared to Kyrylo Kozhemyaka, who lived in Podil and was conquered by Zmiy Gorynych that hid in Dorogozhychy or Kyrylivsky caves. Theodore was a warrior in the city of Amasia in the Pontic region of the Roman Empire. During the persecution of Emperor Maximinus (286-305), the warrior Theodore was accused of setting fire to the pagan temple of the goddess Cybele and of concealing his affiliation with the Christian faith with other Christians. In the court, he boldly stated that Jesus Christ is the true God. The warrior was thrown into prison to die there starving to death. After a while, Theodore was found alive and well. Despite the torture the Saint continued to profess his faith in Christ. For this, the Martyr was further tortured and sentenced to burning. The Great Martyr Theodore bravely went into the fire and gave his soul to God in around 306. Later the relics of the Saint were transferred to Constantinople, and the head of the Great Martyr was originally in Brynzio and now is in the city of Gaeto (modern Italy). 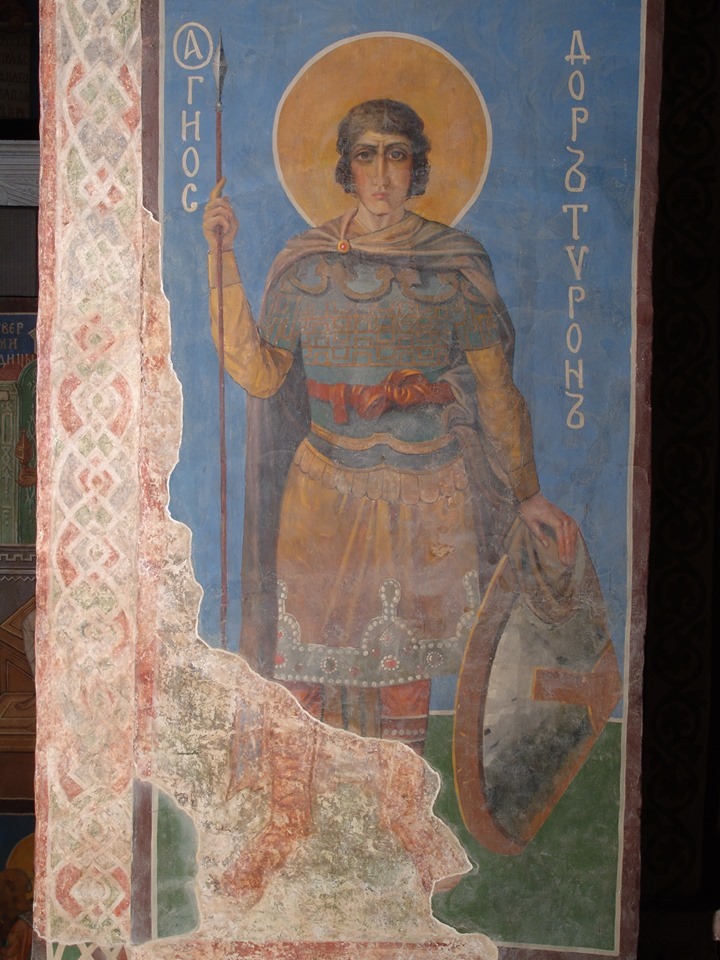 Saint Theodore Tyron. Fresco of the XII century and oil painting of the 19th century. St. Cyril’s Church of Kyiv. 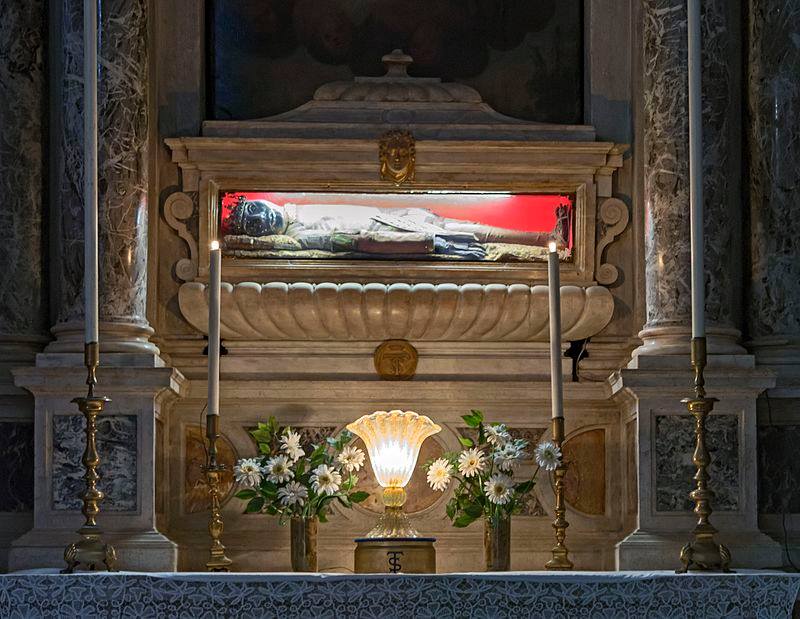 The funeral of the Head of Saint Theodore Tyrone