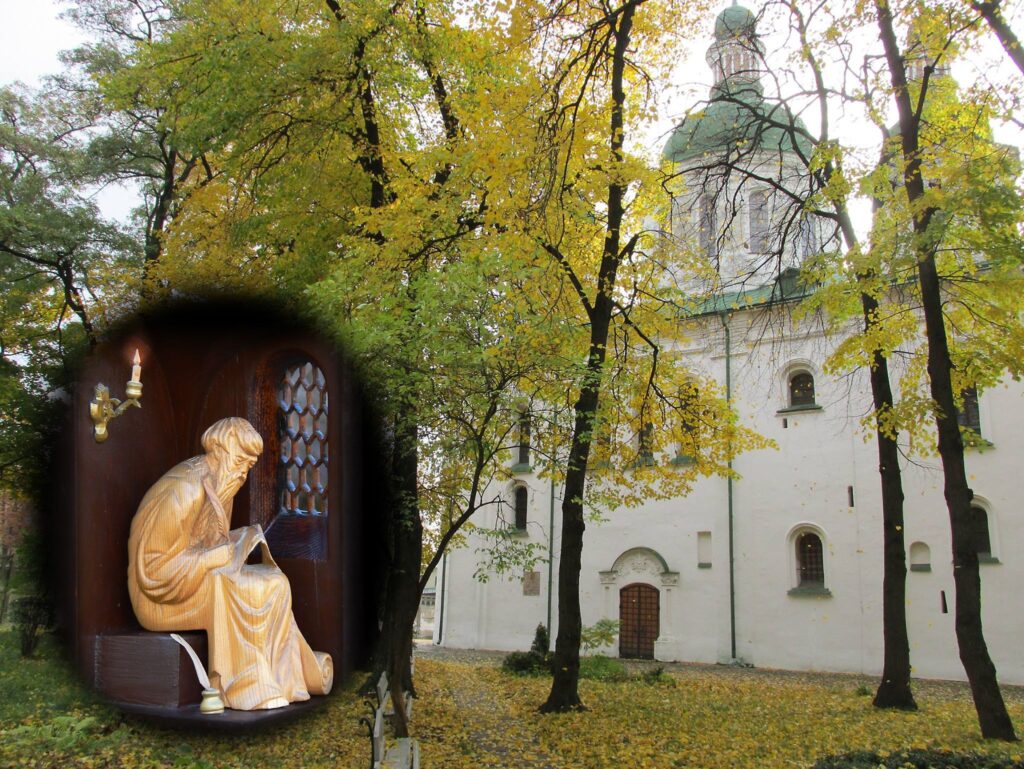 In the northern part of the narthex of St. Cyril’s Church his parents are buried – mother Maria and father Savva Tuptalo – a centurion of the army of Bohdan Khmelnytskyi, the ktitor of St. Cyril’s Monastery. Along with his parents, the three sisters of the saint and his nephew are also buried. Above the burials was a pantheon in memory of this family which is gradually being revived today (a portrait of Savva Tuptalo, a portrait of saint Rostovskyi, an ancestral icon of the Tuptalo, etc.).

On the first floor of St. Cyril’s Church, in the 19th century there was a chapel of saint Rostovskyi.