Recently, extensive work has been carried out to replace the paving around the facades of Sophia of Kyiv, which are accompanied by archaeological research. During these studies, archaeologists of the National Conservation Area “St. Sophia of Kyiv” and the Institute of Archeology of the National Academy of Sciences of Ukraine discovered the remains of a large apse adjacent to the northern outer gallery from the east. This, in my opinion, confirmed the conclusions of our predecessors who are well-known researchers of the architecture of the cathedral Yu. Aseev, V. Volkov, M. Kresalnyi and I. Totska that there was a burial vault of Yaroslav the Wise, which had the appearance of a church built into the eastern division of the northern outer gallery. That is why the arched openings of the gallery were laid here – this is clearly seen in the model-reconstruction of the ancient appearance of the cathedral, as well as in the open soundings of the original masonry of the Sophia, rebuilt on the outside at the turn of the 17th – 18th centuries. The fact that there was an apse at the eastern end of the gallery was known to the above-mentioned researchers of architecture, who reflected this in their works. They based their conclusions on a careful study of architecture and frescoes of the burial vault in the 70’s of the 20th century, in particular on studies of its eastern part, during which fragments of the ancient floor at the site of the apse were found. On the basis of these researches, Yu. Aseev, V. Volkov, M. Kresalnyi created a new version of the reconstruction of the ancient appearance of St. Sophia Cathedral was made, which differs from the well-known one, based on the results of research in the 1950s (exhibited in the narthex of Sophia) due to the fact that its eastern facade shows a small church, which served as the burial vault of Yaroslav the Wise. By the way, burial galleries with architecturally distinguished chapels in their eastern ends are well known in the architecture of the princely burial vaults of Old Rus.

According to the results of architectural and archeological research and study of fragments of burial vault frescoes in the late 20th – early 21st century, as well as the involvement of a wide range of sources and literature, I and archaeologist Mykhailo Nikitenko, formed a new look at the burial vault of Yaroslav. Our point of view was published in Ukrainian and foreign publications. What is it? Earlier it was believed that the burial vault occupied only the altar part of the northern outer gallery, where allegedly stood a six-ton ​​sarcophagus of Yaroslav, moved (with the dismantling of a wall 1.15 m thick!) in the late 17th century to its present place in the adjacent Volodymyr altar (ancient inner gallery). We came to the conclusion that in fact the sarcophagus stands in its original place, however, it was later moved from the south to the center of the altar, as, incidentally, some of our authoritative predecessors (M. Makarenko, S. Vysotskyi) thought. We believe that the burial vault was originally a luxurious ritual and burial complex, consisting of several rooms. The burial vault completed both the inner and outer northern galleries from the east. Yaroslav’s sarcophagus stood in a small chapel of the inner gallery closed from the east (that is, where it is now). Nearby, in a room connected to it by the outer gallery, a spacious chapel for funeral services (paraklesis) was arranged. In the 17th century during the reign of Metropolitan Petro Mohyla, the altar of the chapel was rebuilt into a burial vault for the relics of Prince Volodymyr, which he had found in the ruins of the Tithes Church. In ancient times in the eastern part of the chapel (its altars) the dead princes were buried, for which an apse was erected, as evidenced by the fragments of the ancient floor found here. According to current research, it was much larger than the altar of the chapel of the time of Peter the Great and was the size of the western part of the chapel. The latter was a spacious hall-type room (funeral hall) for the nobility for the farewell ceremony of the deceased on their last journey, which took place near the burial vault of Yaroslav as the founder of the dynasty. Then the deceased prince was buried where he had prepared a burial vault in advance. For example, it was during the burial in 1078 of Iziaslav Yaroslavych: he was read a funeral service in Sophia, and buried in the Tithes Church. This can be judged from the testimonies of the Tale of Bygone Years, the I Sophia and the Resurrection Chronicles, as well as from The Tale of Ihor’s Campaign.

The burial vault was built by Yaroslav at the beginning of his reign in Kyiv, i.e. about 1019, in the already built and painted for his father Volodymyr Sophia. Earlier it was mistakenly believed that Yaroslav had prepared a burial place for himself shortly before his death, but did the prince know when he would die? According to a long-standing universal tradition, statesmen created their burial vaults as soon as they took the throne. The Byzantine coronation rite included the emperor’s order for his own burial vault, which was immediately made. Yaroslav also created his burial vault in Sophia when he mounted the Kyiv throne. It was an act of appropriation by him of the cathedral, built on the border of the reigns of Volodymyr the Great and Yaroslav, in 1011 – 1018: the first began, and the second completed it. But all the credit for the creation of Sophia, as is often the case in history, was attributed to Yaroslav – the winner of the war at his father’s table. This collision, as we see, clearly affected the burial vault of Yaroslav. 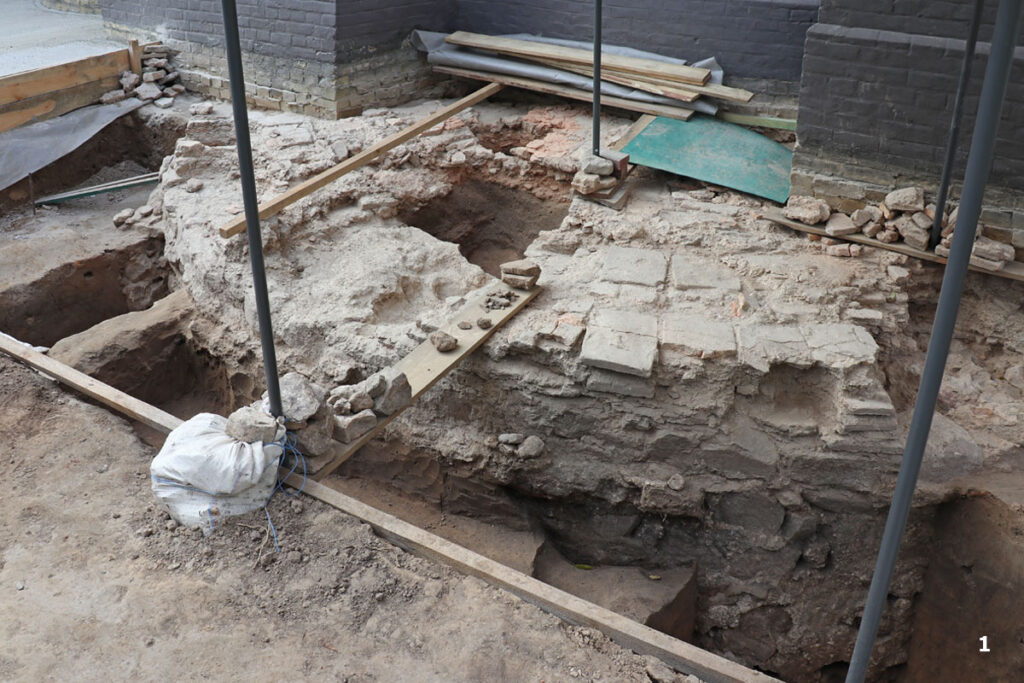 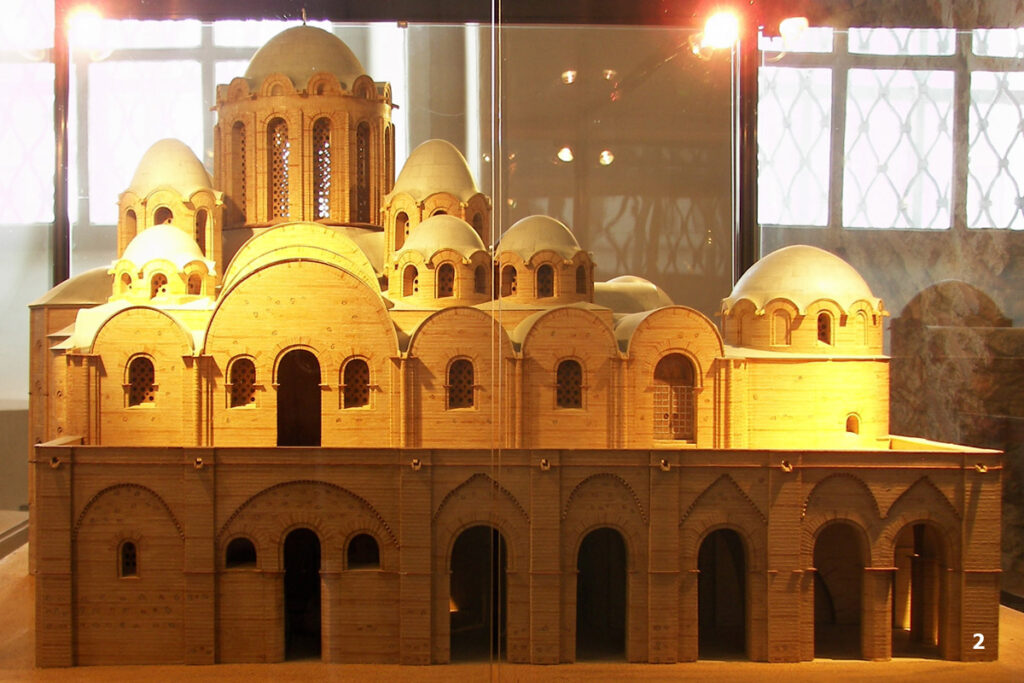 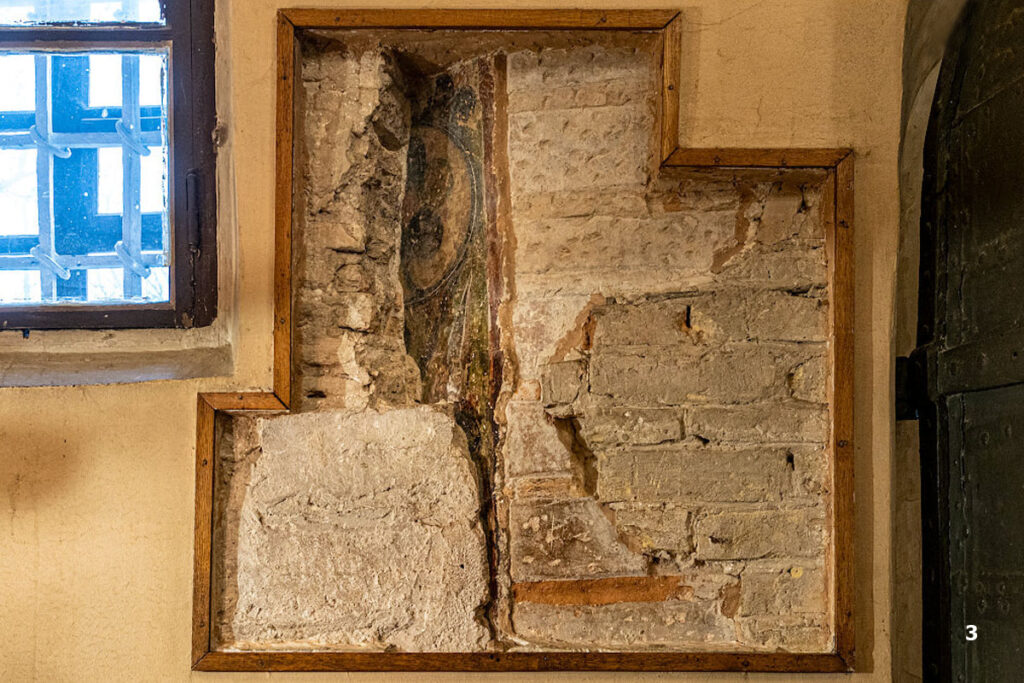 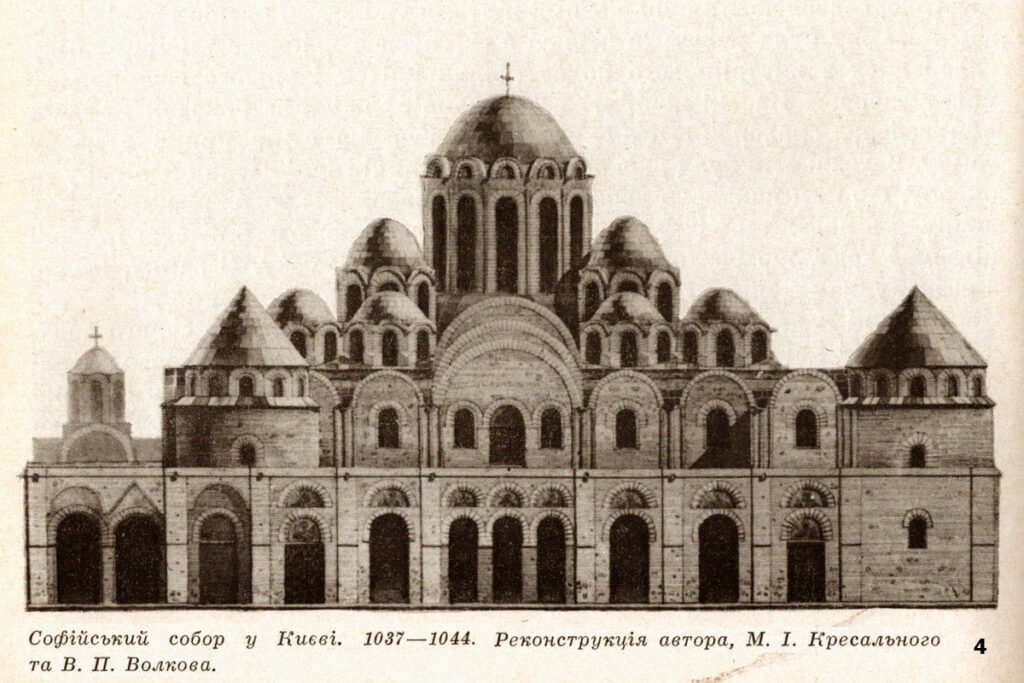 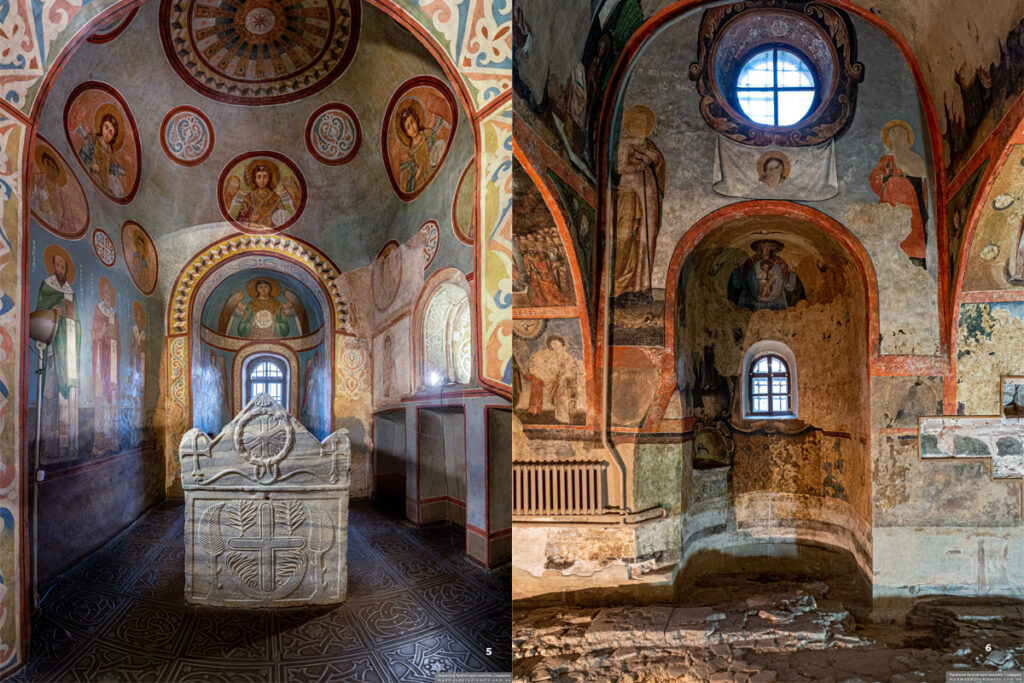