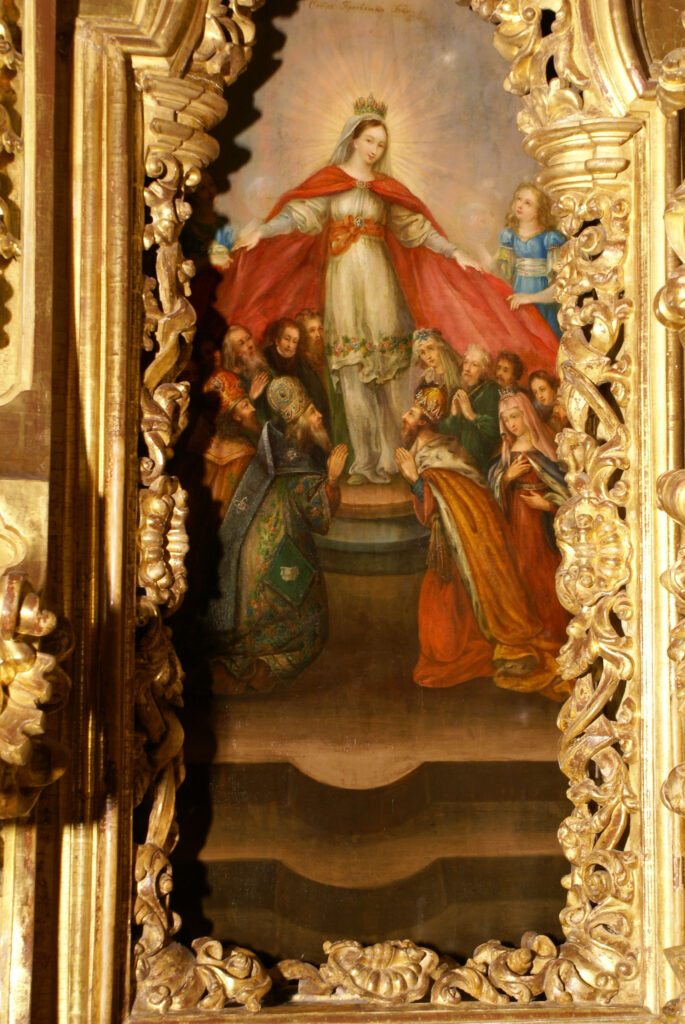 October 14 is the feast of the Intercession of the Theotokos

The Intercession of the Theotokos is a Christian and folk holiday celebrated by the Eastern Churches on October 1 according to the Gregorian and New Julian calendars, and on October 1 (14) by part of the Orthodox Churches according to the Julian calendar. The celebration of the Feast of the Intercession has a very deep history in Ukraine. The holiday has been introduced since the Christianization of Rus, where it came from Byzantium. It is dedicated to events that did not happen during the life of the Mother of God, so it is not among the 12 main holidays of the church calendar. However, this day is one of the most important for Orthodox Christians. There is no exact date and history of the holiday. Most researchers believe that the events took place on October 1 (14) 910 under Emperor Leo the Wise (great-grandfather of Princess Anna, wife of Volodymyr the Great), when the Byzantine Empire was at war with the Saracen Muslims (in some sources – with the Rus tribes) and Constantinople was in dire danger. On the outskirts of the city the Church of St. Mary of Blachernae stood, which housed its two great shrines –  a robe (veil) and a belt. People gathered in the church for the night and prayed for salvation. Among them were Andrew the Fool-for-Christ and his disciple Epiphanius, who saw the Virgin. This miracle happened at four o’clock in the morning: the Mother of God was walking through the air surrounded by saints. Praying, She approached the throne, removed her omophorion (veil) and spread it over the people. After that, the enemies retreated from the city without any bloodshed. The holiday was established in Rus in the 12th century, but the earliest images of the Intercession have not reached us.

This plot became widespread in Ukrainian icons of the 17th – 18th centuries. One of the most interesting among them is the icon of the Intercession of the Blessed Virgin in the iconostasis of Sophia of Kyiv. Everyone who finds themselves inside the Sophia of Kyiv immediately stops their gaze on its magnificent baroque iconostasis. It is a remarkable monument of carving and easel painting of the mid-18th century. But the iconostasis was not always here. In ancient times, the main altar of St. Sophia was separated from its central nave by a low marble partition (templon), which was eventually replaced by an iconostasis, first in the time of Peter the Great (30-40 years of the 17th century), and in the middle of the 18th century – the time of Metropolitan Raphaiil Zaborovskyi, which has survived to our time. Among the four icons of the parish row of the Sophia iconostasis, to the right of the church image of St. Sophia of the Wisdom of God, we see the icon “Intercession of the Blessed Virgin”, which can be called a symbiosis of Western and Eastern influences. The composition of the Sophia icon corresponds to both the eastern type of “Intercession” and the western one – “Madonna of Mercy”, echoing the famous icon of the same name of the late 17th century from the National Art Museum, which depicts Bohdan Khmelnytskyi. However, in the icon of Sophia, the Mother of God is not on the same level with the faithful (as the Madonna of Mercy), but on a stepped rise, which is a tribute to the Eastern tradition. At the same time, in accordance with the type of “Madonna of Mercy”, the Mother of God unfolded her cloak (veil) on the Sophia icon with widely spread hands, which, like a tent, covers a large group of people. On either side of her are two angels holding her cloak. Below it in the foreground are two kneeling figures, which according to the Orthodox iconographic canon represent the priesthood and the kingdom: under the right hand of the Mother of God is a saint in a miter and a magnificent colorful sakkos, under the left is a king in a jagged crown and red mantle surrounded by an ermine; behind the saint is the clergy, behind the king – the queen and the laity. The plot of “Madonna of Mercy”, which has become very popular, first appears in Italy in the 13th century. This image inspired the most talented masters: Piero della Francesco (1450/62), Sano di Pietro (1640s), El Greco (1604), Francisco de Surbarana (1634) and others. This plot spread in Western Europe and gained popularity in the Commonwealth. If for Russian iconography it is not familiar, then in Ukrainian it was creatively perceived and interpreted in the national spirit, as well as the feast of the Intercession itself. Since 1999, the holiday of the Intercession in Ukraine is celebrated as the Day of the Ukrainian Cossacks, for which this holiday has long acquired a deep patriotic sound. Since 2014, the Decree of the President of Ukraine Petro Poroshenko has designated the Day of the Defender of Ukraine, which will be celebrated annually on October 14.