The painting of Mykhail Vrubel

The painting of Mykhail Vrubel 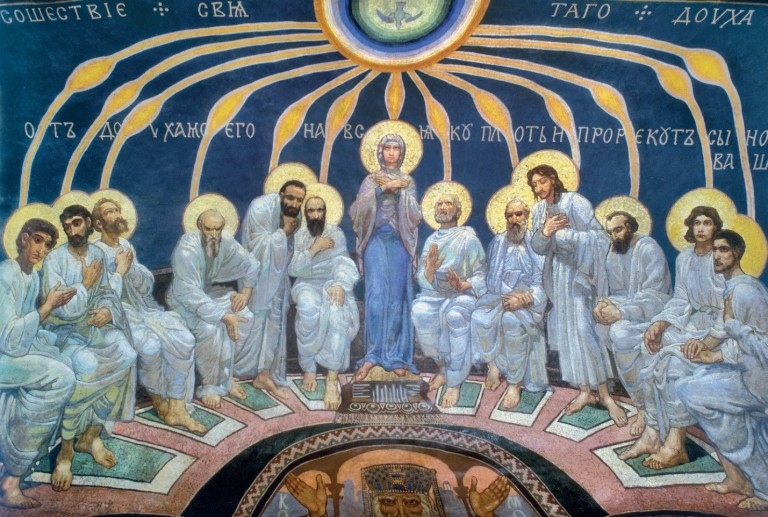 The composition ends with the image of the Tsar-Cosmos, whose giant figure is barely fit in the space allotted to him. 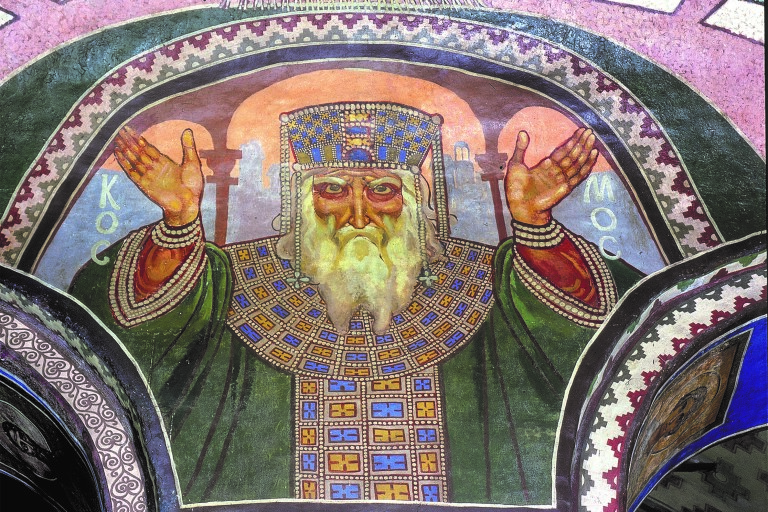 Under the composition “The Descent of the Holy Spirit on the Apostles”, on the pylon of the pillar, the prophet Moses is depicted. Vrubel owns the image of the head for this figure, which is very reminiscent of the famous Vrubel’s “Demon”. On the opposite west wall of the choirs, between the windows, Vrubel also painted a head for the figure of the prophet Solomon, whose image is given distinct ethnic features.

On the lunette, which is located at the entrance to the prince’s prayer room, is a bust of the so-called blue-eyed Jesus Christ, which also belongs to Vrubel’s brush.

On the hemispherical surface of the eastern wall of the prince’s prayer room – “Angels with labarums”. Dynamic figures seem to be in flight, striking with extraordinary expression.

In the narthex of St. Cyril’s Church, in one of the now empty burial niches, there is a work that Vrubel himself considered the best in the last years of his life. This is the famous “Pieta”, the last monumental composition performed by Vrubel in St. Cyril’s Church. 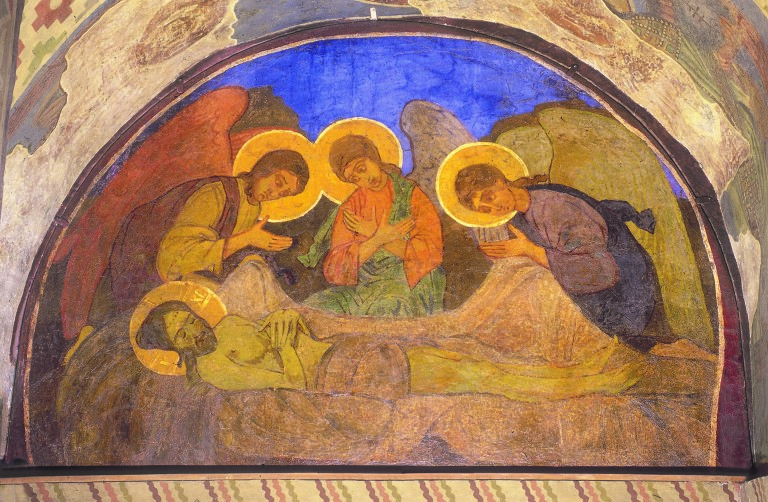 This work on sacred theme is so emotionally impressive, it creates such a special spiritual state of reverence that it can be considered a Christian relic.

Performing the composition in the best traditions of ancient Rus’ painting, Vrubel still brings to work his vision, his understanding of the moment, using the gift of a wonderful colorist: ocher-olive color dominant of the composition contrasts with the dark blue background of the stormy sky – a harbinger and witness of a tragic event.

Vrubel also made numerous details in the temple, made some minor additions. He finished the monumental paintings seven months later, after which, the head of restoration and painting works in the church, A. Prakhov sent him to Italy. A trip to Venice was necessary to get acquainted with the works of the masters of the Italian Renaissance and perform icon-painting images there – Christ, the Virgin, Saints Cyril and Athanasius of Alexandria – to decorate these icons with a new marble iconostasis. 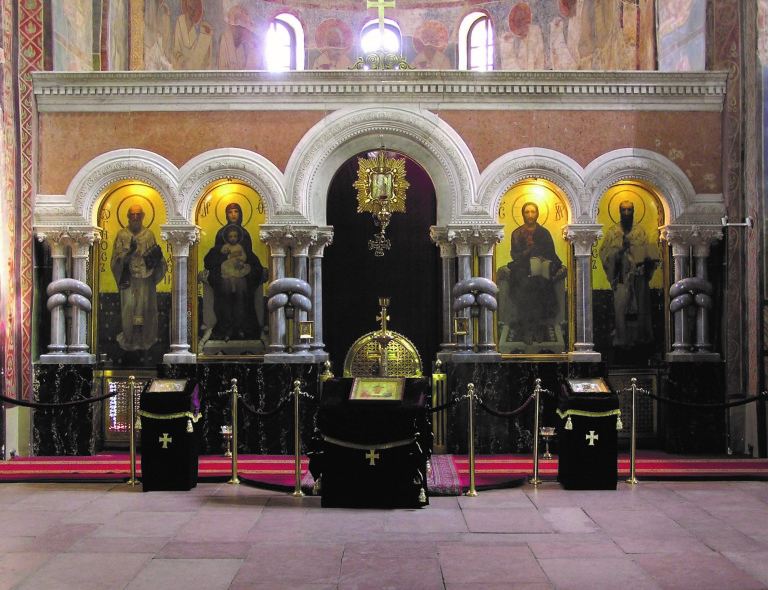 Vrubel’s picturesque masterpiece is the icon of the Mother of God with the Baby. Our Lady sits on a white marble throne, extremely consonant with the marble iconostasis. Her purple, presumably velvet dress sparkles with pearls adorning the maphoria and red boots. Richly embroidered with pearl patterns, the delicate golden pillow under the Mother of God gives majesty to the image created by Vrubel.