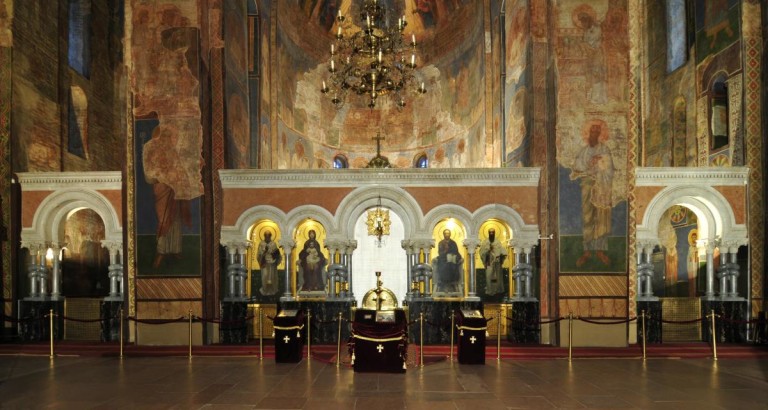 The uniqueness of St. Cyril’s Church, above all, lies in its authenticity. After Sophia of Kyiv, this is the second church in Kyiv that has survived to the present day from the distant times of Kyivan Rus. The monument, founded in the 12th century, survived the invasion of Khan Batu, robberies inflicted on it by the invaders of Hetman Janusz Radziwill, repeated fires, the transition from the status of a monastery church to the status of a hospital church for the disabled, the period of destruction of religious buildings in Soviet times (then destroyed the bell tower of St. Cyril’s Monastery), a destructive mudflow that swept through the monument in the 60s of the 20th century, taking hundreds of lives, and so on. Fortunately, despite this course of events, St. Cyril’s Church has survived to this day in its almost original form. Despite these troubles, the temple survived, engraving in the memory of all these events, preserving its architecture, monumental paintings, among which – 800 square meters of frescoes of the 12th century with unique plots, works by the outstanding artist Mykhail Oleksandrovych Vrubel, works by famous and unknown Ukrainian artists of the 19th century.

The church is preserved thanks to a strong architecture, far from the center of Kyiv location and, no doubt, the fact that in 1929 the Church of St. Cyril, given its exceptional historical and artistic value, was declared a state museum-reserve. It was May 1929 that became significant and decisive in the modern history of the church: at the time when the monuments of sacred culture were massively destroyed, the very fact of declaring St. Cyril’s Church a museum, the State Historical and Cultural Reserve proved to be its salvation. In 1962, the Church of St. Cyril became a part of the State Architectural and Historical Reserve “Sophia Museum”, and since 1994 it has become a monument of national importance.

Today the museum “St. Cyril’s Church” is a department of the National Conservation Area “St. Sophia of Kyiv”. Since 1990s services were resumed in the church, which take place every Saturday and Sunday, as well as on the days of major Orthodox holidays.