The main decorative and ideological and artistic component of the interior is an iconostasis 23.4 m high (including the composition “Crucifixion with the Bystanders”). It consists of three tiers, which are divided vertically into parts by pilasters, and horizontally separated from each other by cornices of complex profile. Between the second and third tiers there is a gilded composition “The All-Seeing Eye”, and the iconostasis is crowned by a polychrome sculptural composition “Crucifixion with the Bystanders”.

In the iconostasis of St. Andrew’s Church there are 39 icons that give a clear idea of ​​the nature of church painting in the middle of the 18th century. In 1751-1752, the “painting team” of the Chancellery from buildings under the direction of Ivan Vyshnyakov worked on the creation of icons for the iconostasis of St. Andrew’s Church. The orders were made by St. Petersburg painters Olexii Antropov, Andrii Yeroshevskyi, Petro Semenov, and Olexii Belskyi, Olexii Pospelov, and Ivan Firsov, who were brought in from Moscow. The most significant painter in this group was Olexii Antropov, whose brush bears the hallmark of the cathedra, the iconostasis icon “Assumption”, the scene “Annunciation” from the Holy Gate, the image of Andrew the First Called on the western vault of the church, as well as the altarpiece “The Last Supper”. Icons on the back side of the iconostasis were made in the 18th century by Ukrainian artists Ivan Romenskyi and Ivan Tchaikovskyi.

In the transept of St. Andrew’s Church there are two compositions of the 19th century, which are made in the style of classicism – “Sermon of the Apostle Andrew” by Ukrainian artist Platon Boryspolets and “Choice of Faith by Prince Volodymyr” by Latvian artist Johann Egginka. Both paintings belong to the historical genre and reproduce chronicles of the preaching of Christianity, the founding of the city of Kyiv and the spread of Orthodoxy in Kyivan Rus.

In 2016-2020, all 39 icons were restored by the restorers of the research and restoration workshop of the National Conservation Area “Sophia of Kyiv” and LLC “EXTERIOR-BUDSERVICE” under the general direction of the artist-restorer of the highest category Anatolii Mykolaiovych Ostapchuk and returned to their historic places. 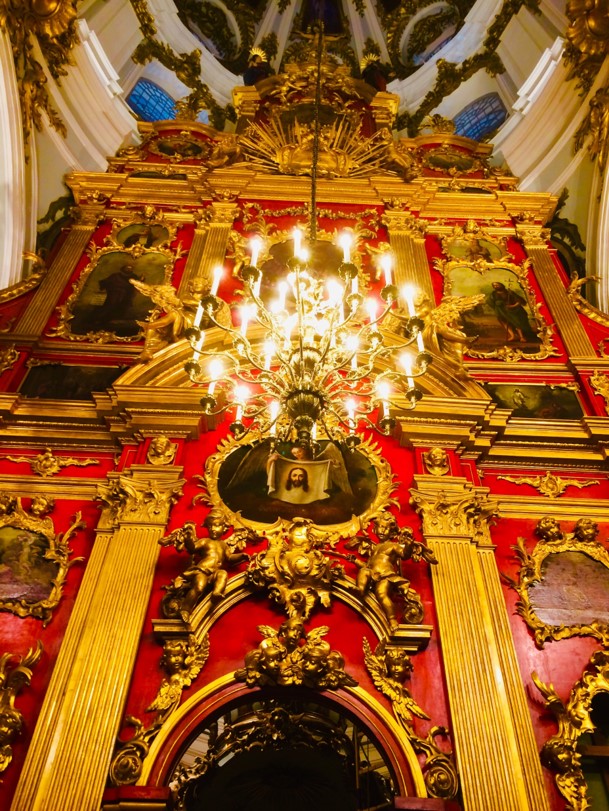 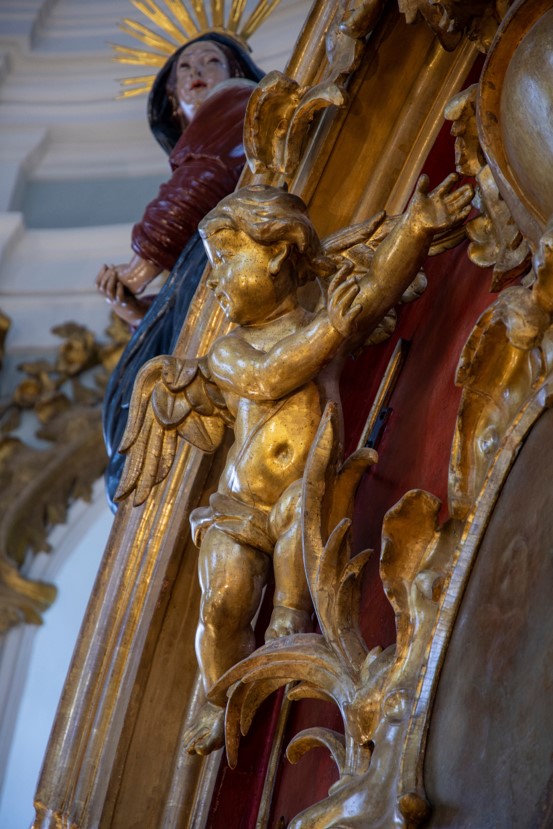 Carved cherub in the upper tier of the iconostasis. After restoration