May 14 – memory of the holy martyr Makarii of Kyiv

Home » Monuments reveal: from scientific works of employees » May 14 - memory of the holy martyr Makarii of Kyiv

May 14 – memory of the holy martyr Makarii of Kyiv

For 430 year the holy relics of Metropolitan Makarii, the great Kyivan saint, were venerated in Sophia of Kyiv. His blessed cross is a valuable rarity of the funds of the National Preserve “Kyiv-Pechersk Lavra”. Makarii lived in difficult times for Ukraine. In the 14th century South-Western Rus, which came under the rule of the Lithuanian state, suffered greatly from the destructive Tatar invasions. The Orthodox Church was then in decline and suffered from Catholic expansion, internal strife and the destruction of its estates. The danger of Tatar raids led to the fact that the southern metropolitans almost did not live in Kyiv, having a seat in the capital Vilno or Novogrudok near Vilno. In the spring of 1416 Kyiv was devastated and burned by the Hordes of Edigey, and in 1482 by the Crimean khan Mengli-Giray. Like previous Kyiv metropolitans of the Lithuanian era, Makarii resided in Vilno and Novogrudok near Vilno, but took care of Sophia of Kyiv, the old “Rus metropolitanate.” In the spring of 1497, Makarii went to Kyiv to revive his ruined by the Tartars cathedral. The trip to Kyiv was dangerous at that time. At the end of April 1497, Metropolitan Makarii, accompanied by several clergymen and a small guard, passing along the Pripiat River, stopped in the village of Skryholov (Stryholov), which was not far from the fortress city of Mozyr on the river Bchychi (now the village of Skryhalov, Mozyrskyi district, Homel region, Belarus). May 1, 1497, when Metropolitan Makarii conducted the Divine Liturgy in the church Skryholov village, the Tatars attacked. The saint called on the flock to escape, but he remained to serve at the altar and martyrly died. The Tatars hacked him, cutting off the right foot, left arm and head. Makarii’s remains were transported to Kyiv and placed in St. Sophia Cathedral, which he sought to visit and support. His relics were placed in a sarcophagus set in front of the southern side altar of Archangel Michael, the patron saint of Kyiv and an assistant to Christians in their struggle against the infidels. As a martyr for the faith, Makarii was canonized, but the time of this action is unknown. From the report of Erich Lassota from 1594 it is clear that even then Makarii was revered in Kyiv as a saint, because his body was kept incorruptible and openly rested in the temple, where he was shown to pilgrims as a shrine. Here, where the archangels eternally glorified the holy metropolitan, a whole spatial-symbolic ensemble dedicated to him was created. The remains of this ensemble, which later sank into oblivion, we see to this day. It turns out that Sophia has preserved several unique paintings of the 17th-18th centuries, which were not even known before. We attributed them in the late 20th – early 21th century. In particular, in the St. Michael’s Altar of Sophia we see three scenes with the image of archangels. The earliest of them, depicting an archangel with a scroll, is painted on the south wall of the altar nave. This is a fragment of a composition depicting two archangels standing at the gates of the altar. This unique tempera painting was commissioned by Metropolitan Petro Mohyla over the sarcophagus with the relics of St. Makarii of Kyiv. The composition hinted at the hierarchical ministry of Makarii with the angels in the Church of Heaven. Nearby, on the pylon of a pillar at the feet of the Makarii’s sarcophagus, already in 1725, painted the image of the archangel Jegudiel with a scroll and a crown in his hands – a clear allusion to the heavenly wedding of the holy martyr Makarii. In his right hand, the archangel holds a jeweled crown, and in his left hand, a scroll with an inscription that cannot be read at the moment. The image is characterized by plastic, energetic shapes, bright colors, Ukrainian face type and garment. Two more plots are preserved in the frescoes of the “Mazepa Chapel” and were commissioned by the hetman: the iconic image of St. Makarii of Kyiv and “The Martyrdom of Metropolitan Makarii.” In the Sophia iconostasis of the 18th century, on the doorpost of the Tsar’s Gate, a magnificent icon “Holy Martyr Makarii of Kyiv” has been preserved.

Relics of St. Makarii became famous for his miracles. From the “Teraturhyma” (1638) we learn about a miracle that happened at the beginning of the metropolitanate of Peter the Great near the sarcophagus of Makarii surrounded by images of angels: “In 1634 for a worthy celebration in this church on the second day of the Resurrection of the Lord Christ, victor over death, early Monday On the feast day, the pious Father Anthonii Sviatohorets, at that time the acolyte of Sophia, according to the order of worship of the Eastern rite, went to the deputy metropolitan – at that time the Reverend Konstantyn Nehrebetskyi. He took God’s blessings from the servants to ring and light candles and everything that was to be prepared for matins. Then he sent his younger brother to tell the people by bells the time of the glory of the Lord. And he himself, with an unbaptized Tartar at the time, went to the church itself with a lighted candle. When he entered, he saw a fire coming from the tomb of Archbishop Makarii, Metropolitan of Kyiv, Galicia and all of Rus and clearly illuminated the church. Alarmed by what he saw, he ran to the elder and told him everything. Gathering the pious brethren and wishing to show them this miracle of the Lord and a sign of God’s special grace, he went with them to the house of prayer. Barely seeing this fire, he approached the tomb of the holy martyr’s father (he was beheaded with a Tartar sword for confessing faith in the Lord Christ), he and all others kissed him and glorified the Lord together, who glorifies his beloved in various ways” (translated by N. Sinkevych).

The “Teraturhyma” describes three more miracles from the relics of Makarii: a miraculous light, the sending of the Divine Liturgy by the angels, and the double lighting of candles in the cathedral when the Uniates did not officiate here. Honoring the memory of the metropolitan, in 1897 the Kyiv community built a wooden church on Tatarka in his honor, which still exists today. The relics of Makarii are revered in St. Volodymyr’s Cathedral in Kyiv as a great national shrine. 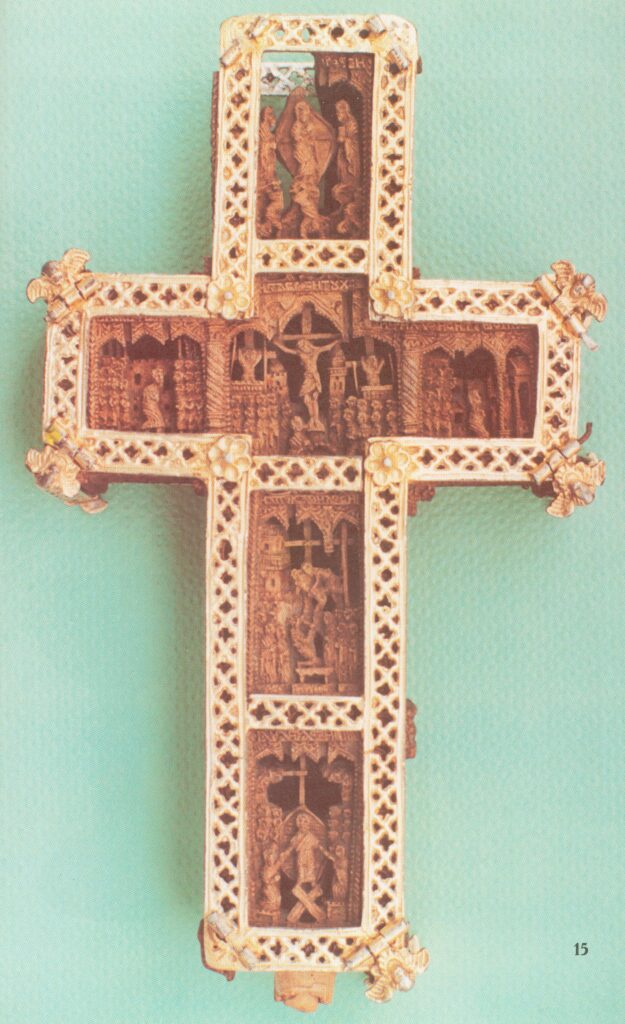 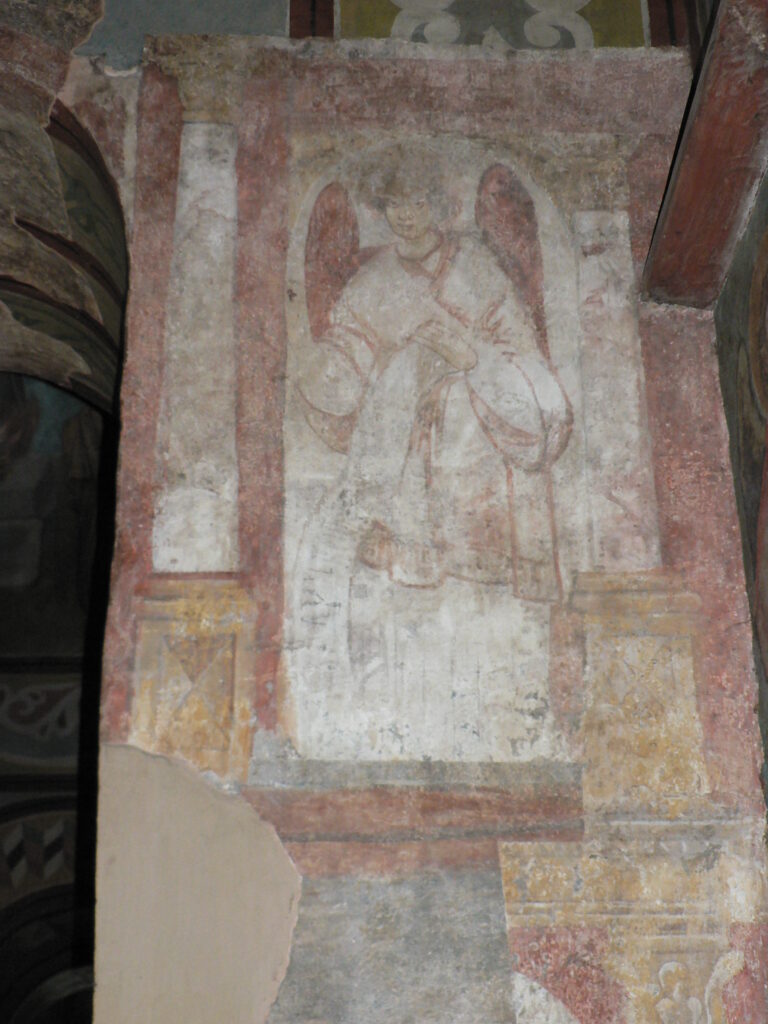 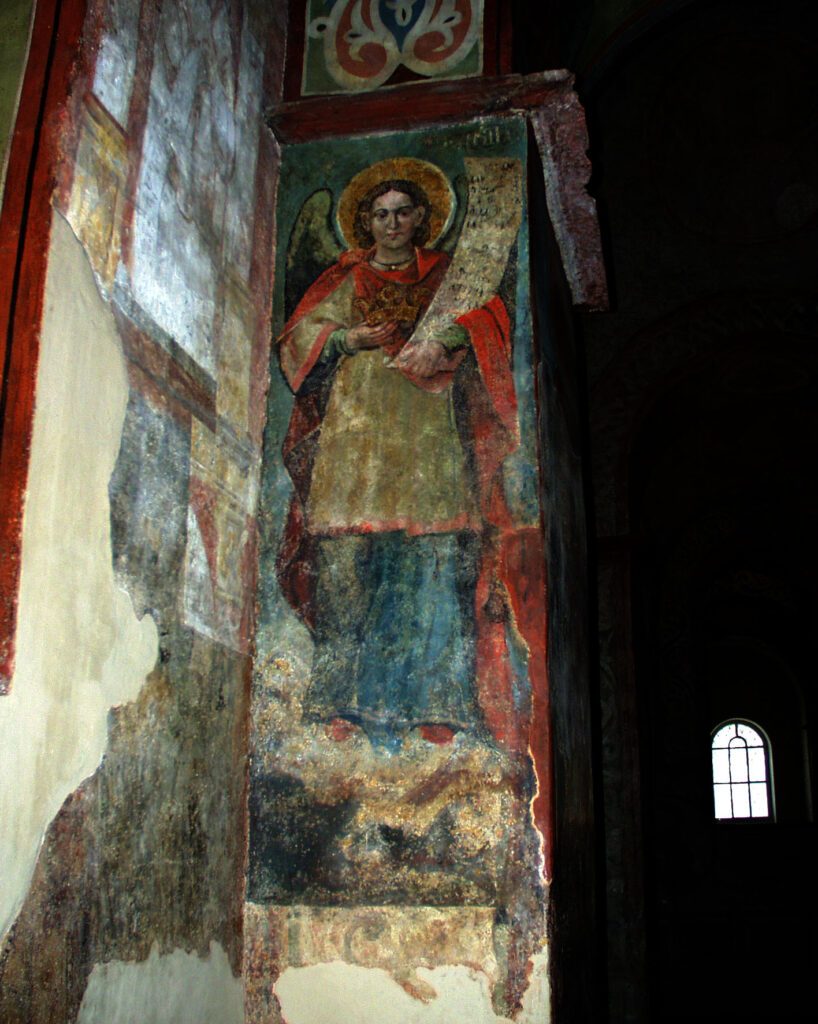 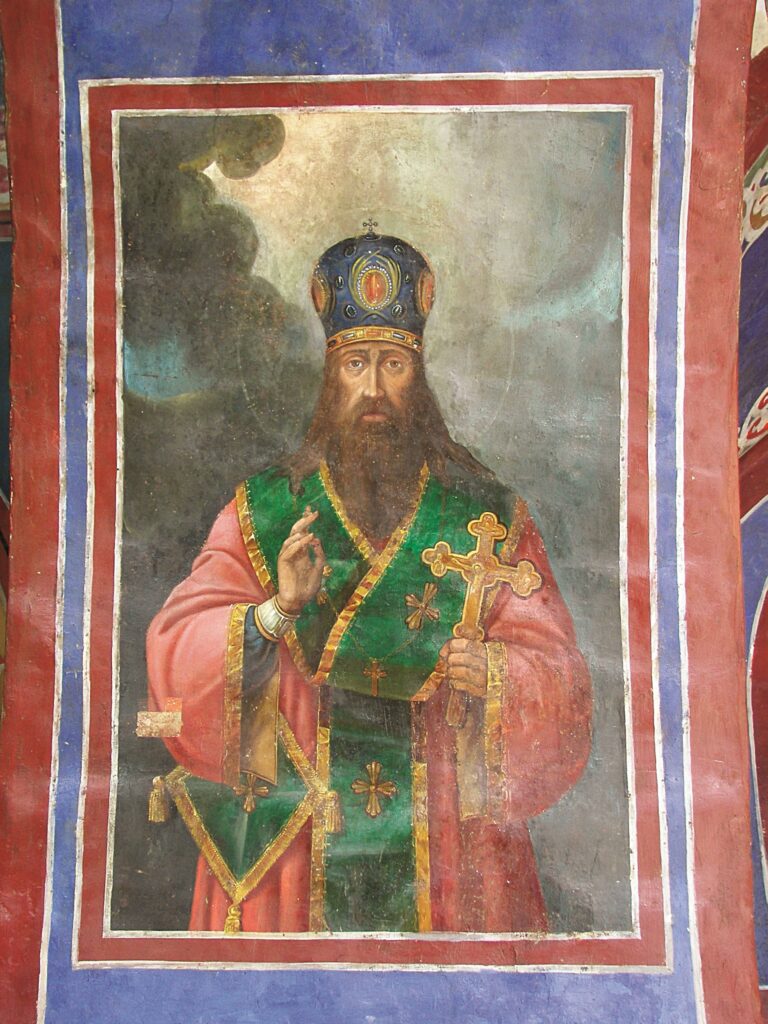 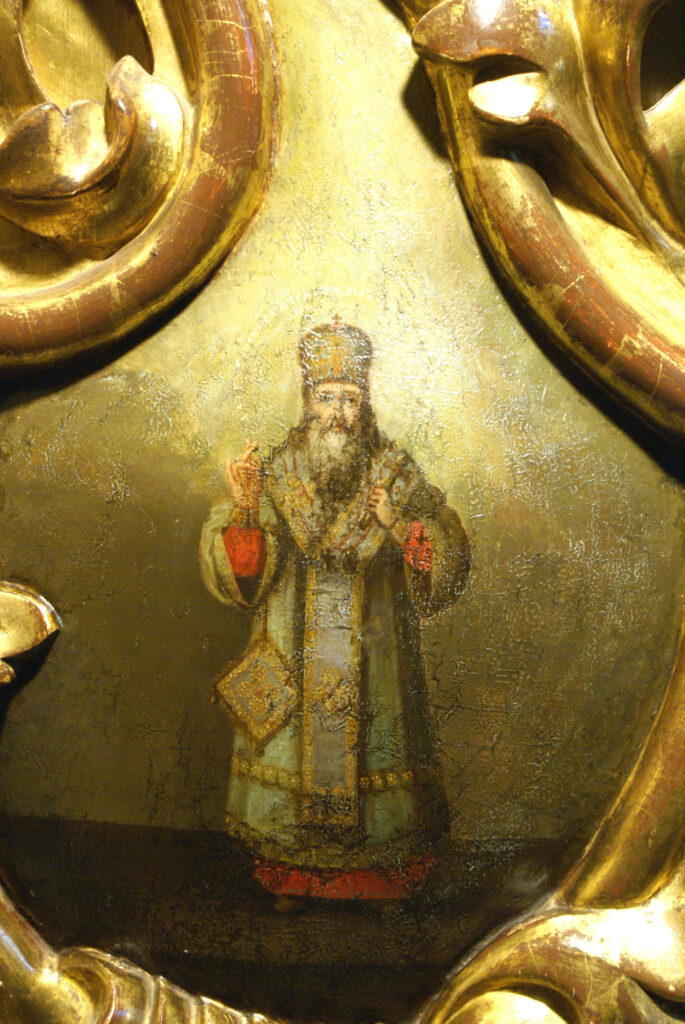